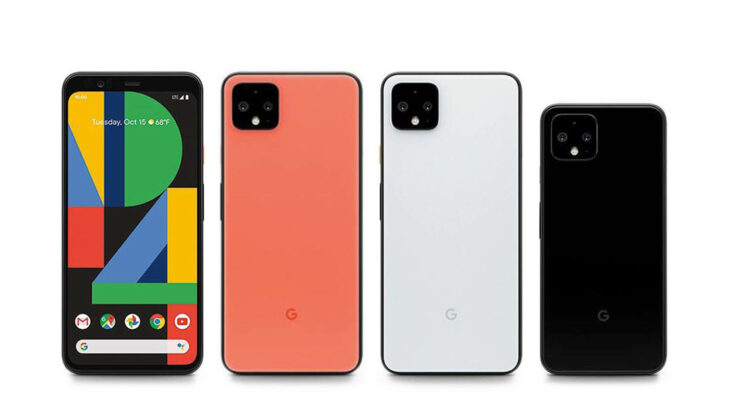 Google's Pixel 4 series of smartphones will be upon us within the week. We already know most of what there is to know about them, thanks to a slew of leaks that popped up over the past few months. Some people even managed to get their hands on bootlegged handsets and even did a complete video review (in Vietnamese). Here's a roundup of everything we know so far about Google's upcoming flagships.

The Google Pixel 4 series will make its debut on October 15th at 10 AM EST. You can watch the event live on YouTube via the video below. It is merely a placeholder and will go live on the day on the event, so be sure to bookmark it or add it to your "watch later" playlist.

A lot of other Google products are expected to make their debut alongside the Pixel 4 as well. You can find out more about them here.

In an ideal world, we wouldn't know anything about this until after Google's big reveal. But, the entire spec sheet for the Pixel 4 has already leaked, as is the tradition. Unlike previous years' there isn't much of a difference between the larger Pixel 4 XL and the smaller Pixel 4. Both devices pack identical hardware, and the only differentiating factor is their screen sizes and battery capacities. The smaller Pixel 4 is expected to ship with a 5.7-inch FHD+ OLED panel with a refresh rate of 90 Hz while the larger Pixel 4 XL will feature a 6.3-inch QHD+ OLED panel with the same refresh rate. On a similar vein, the Pixel 4 will be powered by a 2,800mAh battery while the Pixel 4 XL will feature a 3,700mAh unit.

Both devices will be powered by a Qualcomm Snapdragon 855 SoC coupled with 6 GB of RAM and 64 or 128 GB of internal storage. There's an additional Pixel Neural Core too, presumably for all AI and ML workloads. The rear camera is touted to sport a 12-megapixel primary sensor that will be assisted with a 16-megapixel Telephoto lens. Although the spec sheet doesn't explicitly mention it, it will also come with a ToF (time of flight) sensor like the one we've seen in the Galaxy Note 10+. We don't know much about the front-facing camera just yet, only that there will only be one sensor this time around. Some of the other common features shared by the two include an in-build Titan security chip, a USB C port, and stereo speakers.

There have been a staggering number of rumors surrounding the Pixel 4 alongside the verified leaks. No, the Pixel 4 doesn't have a headphone jack. Now that we have that out of the way, let's take a look at what the Pixel 4 has to offer instead.

We've seen more than our share of renders and real-world photos of both variants. At this point, there is little left to the imagination as we also know some of the color variants. The only common factor is that all of the colors will have a black frame/edge and a full glass body. The top bezel will be significantly larger to house all the Face Unlock/Project Soli tech along with the selfie camera. There's also a pair of infrared cameras, an IR flood illuminator, and a dot projector. The front-facing speakers, however, are going to be asymmetrical this time around, like we've seen in the Galaxy Note 10+. It will very likely use the earpiece and bottom-firing speaker.

Based on the spec sheet, we know that the Pixel 4 will have two rear cameras along with a ToF (time of flight) sensor. But, Pixels were never about the number of lenses and got a lot done with just one sensor. Some of the new camera features that may make its debut with the Pixel 4 include "Motion Mode", presumably for capturing photos in fast-paced scenes with optimal quality. There's also a new and improved Night Sight's that can reportedly help in astrophotography.

Using hand gestures to perform basic tasks is by no means new technology and had been tried (un)successfully in the Galaxy S4. Motion Sense, on the other hand, claims to be an improvement and uses radar to detect hand movements and perform specific tasks such as silencing a call or skipping a song. Due to the nature of the equipment involved, it may not be available everywhere. Here's a (somewhat) complete list of regions where it can be used.

This is all we know about the Pixel 4 series for now. Watch this space for more Pixel 4-related developments. A last-minute leak detailing even more features isn't beyond the realm of possibilities.