Android 11 is getting all the attention these days. Google was supposed to launch the Android 11 Beta 1 yesterday but they postponed the event indefinitely along with the launch of the beta. However, some Pixel 4 users got the Android 11 Beta 1 today, and it seems like there is a lot of new stuff that the upcoming version of Android will be bringing.

As expected, the Android 11 Beta 1 does bring a lot of new things to the device. We are going to walk you through everything that has been introduced step by step, along with the respective screenshots so you know what you should be expecting.

With Android 11 Beta 1, users will be able to have the music player show up in the quick setting panel rather than the notification drawer. While some might like this, we cannot say this is a good idea as it takes up a significant amount of space. Thankfully, it can be disabled through Developer Options, so you do not have to worry much about it. Here is how it looks. 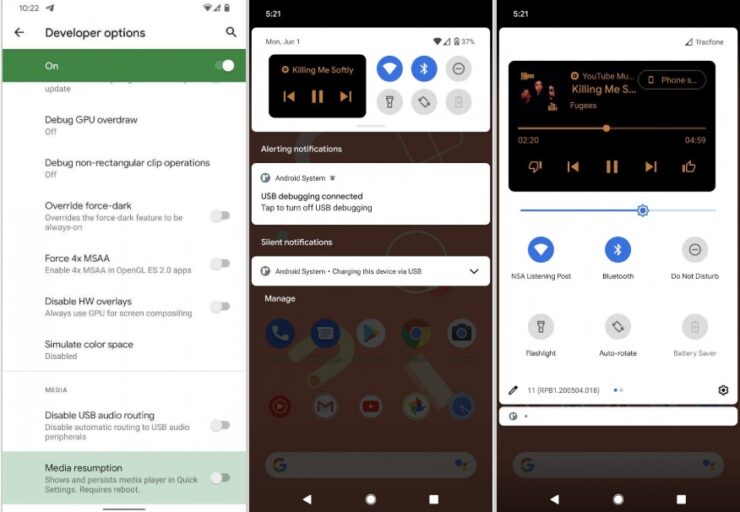 Google introduced a Pixel Theme app with the release of Pixel 4, the app was supposed ot let you customise parts of the user interface like font, accent colors, icon shapes, as well as icon fill. You got two more shapes with Developer Preview 4, and now the Beta 1 adds three more. You have the choice between a tapered rectangle, pebble, and vessel. They look good, and hopefully, we can expect more with future releases. 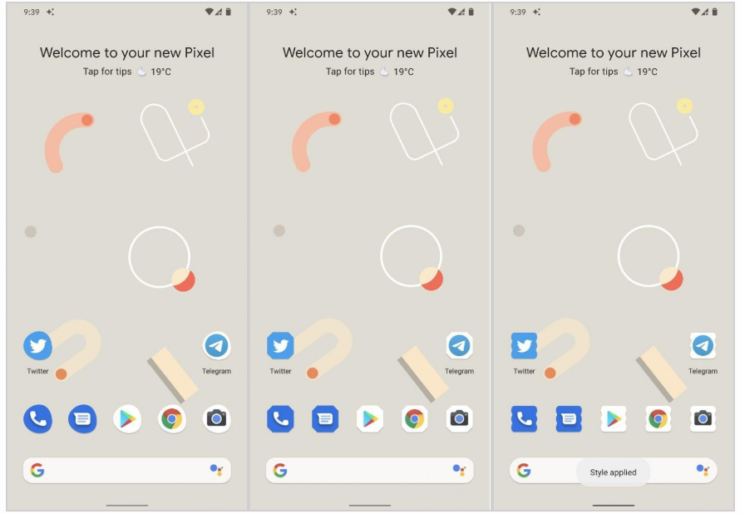 The Android 11 Beta 1 also brings in updated power menu settings. Developers will be able to use the API and add home automation shortcuts into the power menu as well. This is something we recently talked about as well, and now we have a much better understanding of what it does.

With Beta 1, you have new Power Menu settings that will control the cards & cases and Controls features within the power menu. 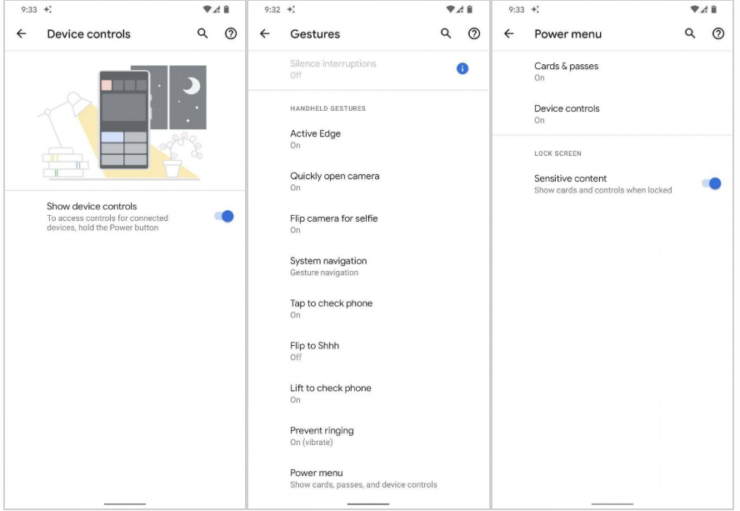 Mishaal Rahman of XDA shared an animation that provides a much better understanding of how it is going to work.

Here's the animation that plays on that page pic.twitter.com/hCmS8ShaO1

Android 11 also brings some more customization as far as the overall user experience is concerned. In beta 1, you can control the app suggestions in the Pixel Launcher. A feature that will allow you to have much more granular control over which apps you want to view or not. 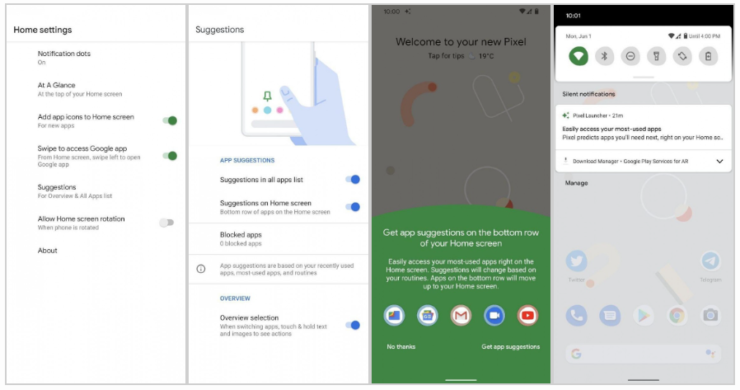 Below you can see the animation on how it works.

And the onboarding animation for this contextual hotseat feature. pic.twitter.com/Catht5Y6Lb

Android 11 Now Has a Submenu for Bubble Notification

Google brought Bubbles last year when they released the Android Q. The feature would allow floating overlays which would then let the users view their notifications. The feature did make its way to the final build but was hidden away in the Developer Options.

However, Beta 1 gives you access to a submenu which allows you to customize everything based on your preference. You can do so by heading over to Settings > Apps & Notifications > Notifications > Bubbles. 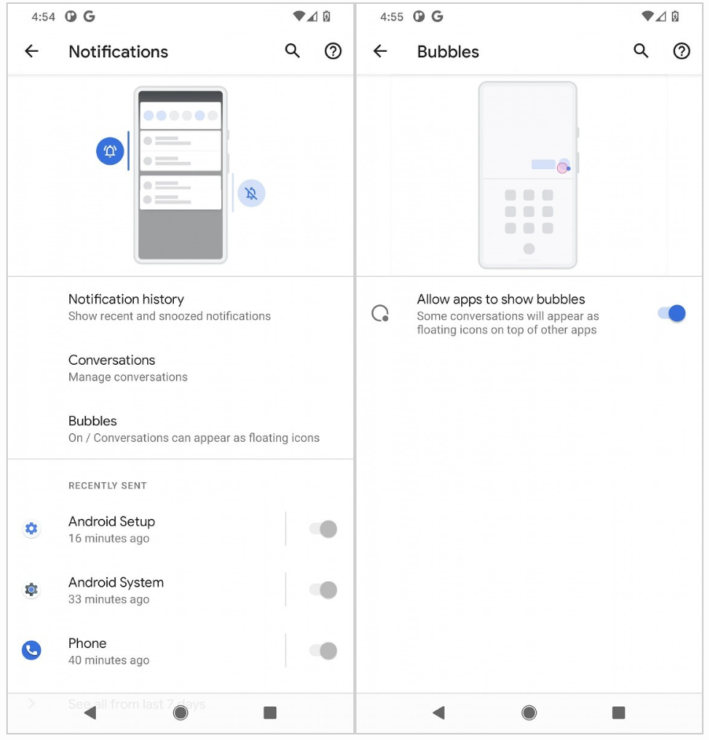 You can check the animation below.

Here's the animation that plays on that page. pic.twitter.com/iVuU9jzTom

Android 11 Beta 1 brings a pretty neat feature that is called Wi-Fi Enhanced MAC Randomization. it is currently hidden away in the Developer Option. What it does is that it allows the MAC address to change every time you connect the phone to a Wi-Fi network that has MAC randomization enabled.

The scrolling screenshot feature has been the staple of Samsung Galaxy smartphones for years. Seems like Google has finally paid attention to what the users want and are bringing this feature on Android 11.

A huge thanks to XDA Developers for finding out all these details about Android 11, Beta 1. Needless to say, we are really excited and looking forward to what Google has in stores for us. Did your Pixel 4 receive the update as well? Let us know how your experience has been.