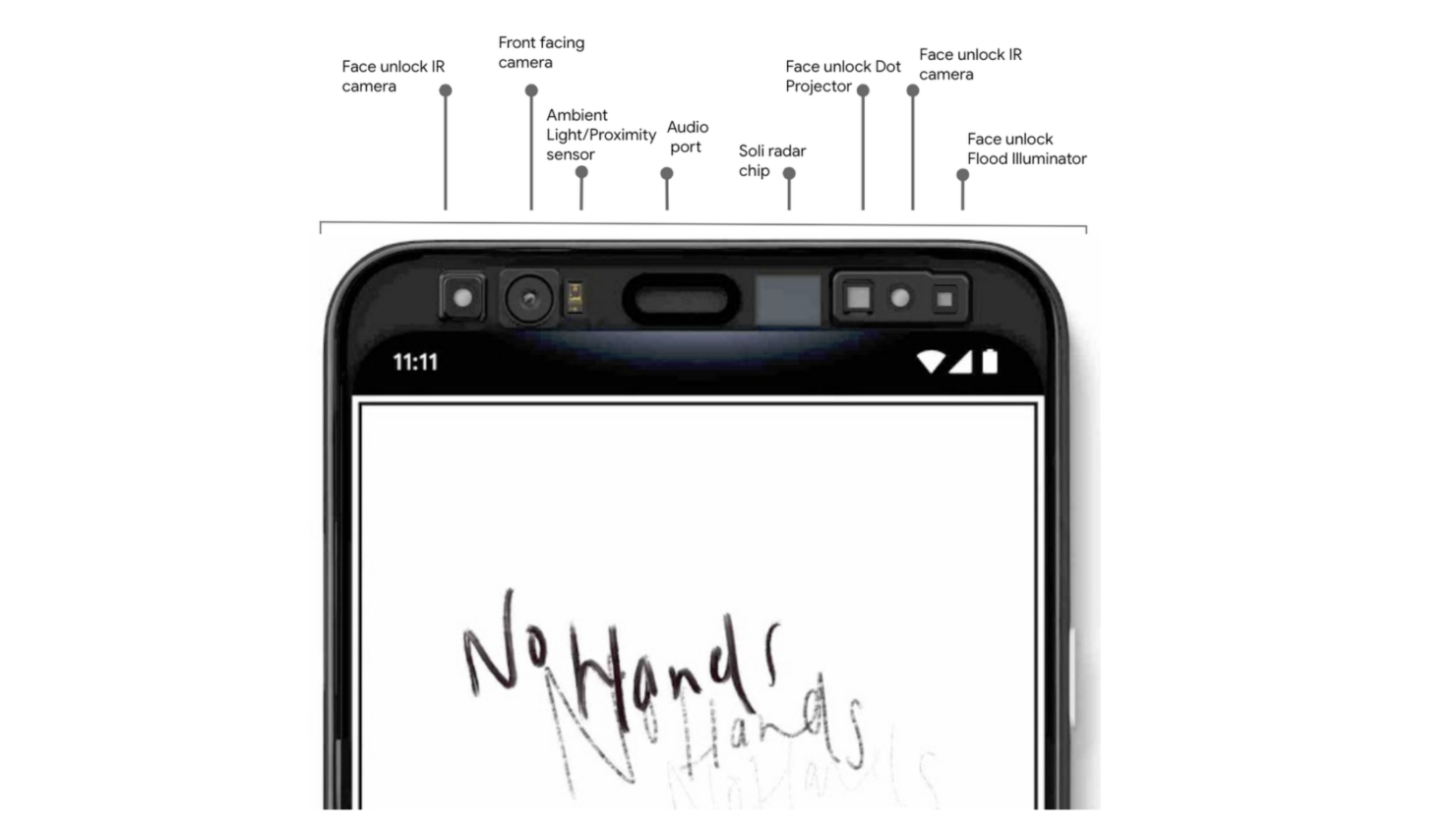 After having lost an entire pre-production batch of devices of the Pixel 3 last year, Google's taking a unique approach with the smartphones now. The company officially shared an image of the Pixel 4 on its Twitter earlier this year, and now we've got a big expose from Google on what to expect from the Google Pixel 4 and Pixel 4 XL. Take a look below for more details.

We've seen several Pixel 4 and Pixel 4 XL leaks so far. These have confirmed that the smartphones will feature a dual rear camera setup. Additionally, they've also displayed several cutouts at the front; cutouts that have led to open speculation about the upcoming smartphones' features. Today, Google's officially cleared up the mystery for the Pixel 4's front sensors, and boy are we excited about the upcoming smartphones.

The Pixel 4 and Pixel 4 XL will be the first smartphones to feature a tiny radar sensor. This sensor, dubbed 'Soli' by Google will be the centerpiece of the upcoming devices' motion-sensing features. The different array of sensors that will be present on the Pixel 4 also remind us of Apple's True Depth camera setup that debuted on the iPhone X in 2017.

While the Pixel 4 smartphones will have thick top bezels, this space won't be underutilized in any sense. Google will equip the devices with a large array of sensors. The following sensors will make it on the upcoming device's front:

Looking at these sensors, we can safely conclude that the Pixel 4 lineup will be the second pair of smartphones in the high-end mobile industry to feature 3D facial recognition. If you'll look at the second image in the gallery above you'll see that the iPhone X also has several of the Pixel 4's sensors. However, Google intends to differentiate the upcoming Pixels from the iPhone through its Soli radar chip.

This chip will allow users to "skip songs, snooze alarms, and silence phone calls," simply by waving their hands. It will also detect when the Pixel 4 or Pixel 4 XL is in motion and proactively turn on the facial recognition hardware. Additionally, Face Unlock on the upcoming smartphones will work in a multitude of different orientations.