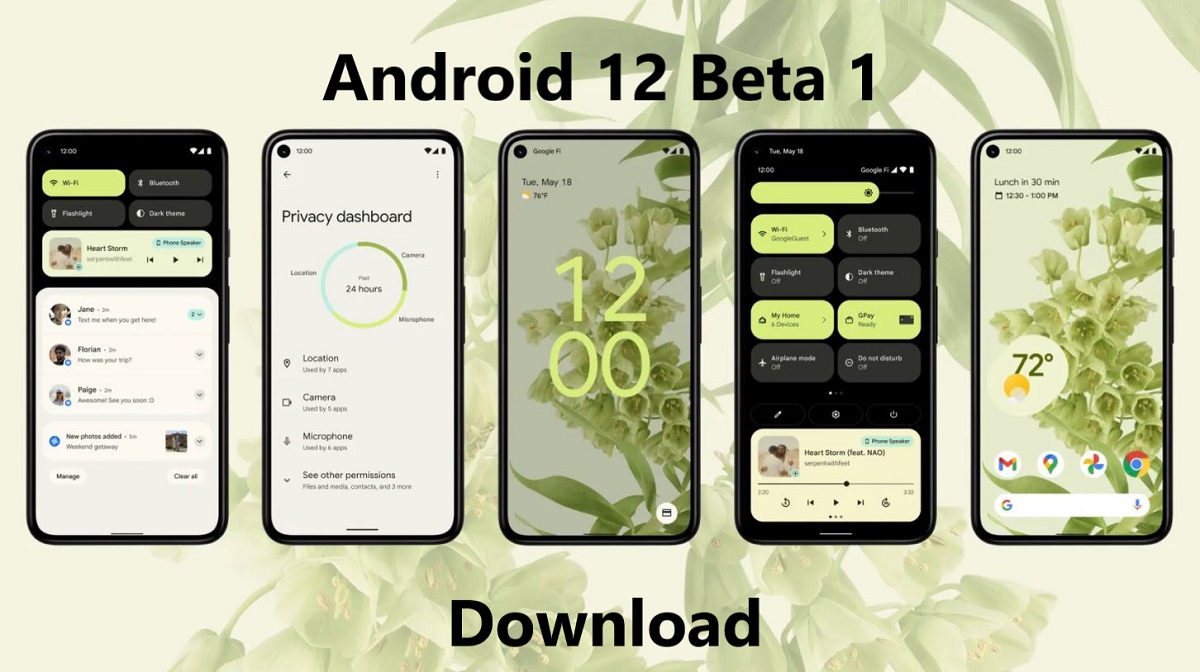 Google took center stage today at its I/O 2021 conference and announced a slew of major upgrades and new features. Most importantly, Google has announced Android 12 with a new 'Material You' design which will offer a wide range of new customization tools. If you were waiting for the Android 12 beta 1 to arrive, it is now available as a free download for all compatible Pixel phones.

This time around, the release brings the major upgrade to more Google Pixel devices as the installation of Android 12 beta 1 is now possible through a simple sign-up. If you got yourself enrolled in the Android Beta program, the "initial beta-quality release" is available as an OTA update for early adopters. Developers have been instructed to test compatibility and keep an eye out for feedback.

This is all there is to it, folks. You can download Android 12 beta 1 from the OTA links embedded above. Make sure that you install the build which is compatible with your device. Also, do take note that Android 12 is currently in the beta phase. Henceforth, it would be vital for you to restrain yourself from installing it on your daily driver. Google also announced the breakthrough in natural language understanding technology called LaMDA, so do check this out as well.

Are you willing to test out Android 12 beta 1? Let us know your thoughts in the comments.