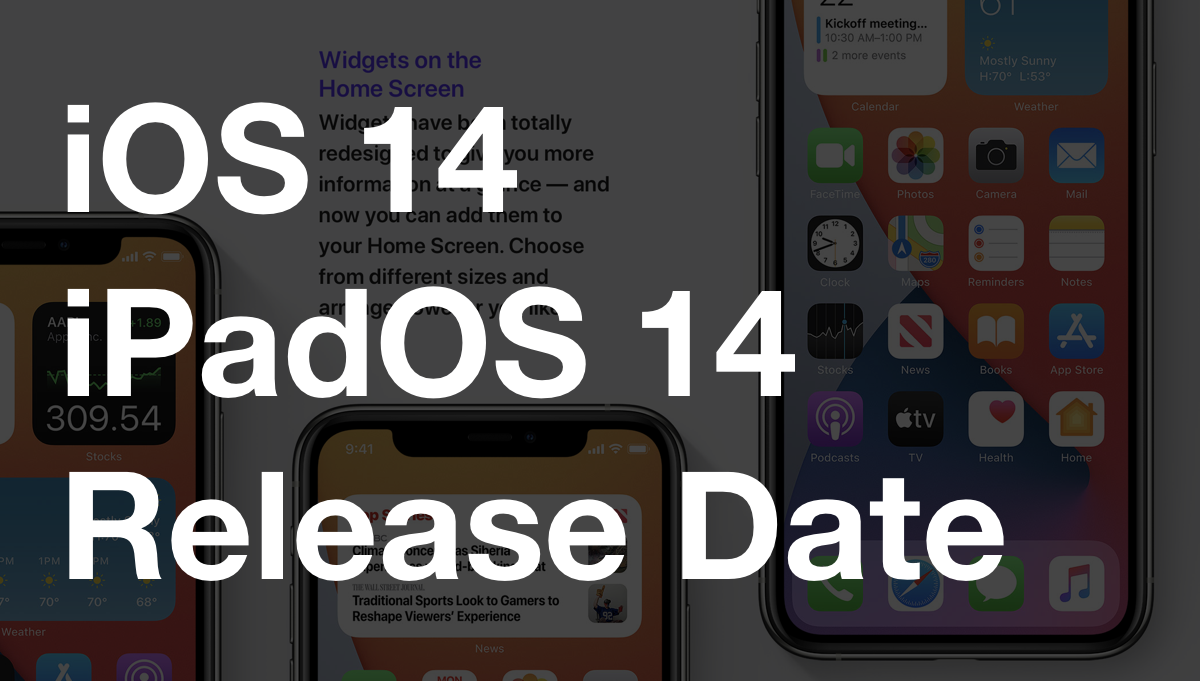 Apple has officially announced the iOS 14 and iPadOS 14 release date for iPhone and iPad users, respectively, and it's not that far away.

According to Apple, the iOS 14 and iPadOS 14 updates will be released to the public on September 16th, which is tomorrow. So, if you have been anxiously waiting for the update to arrive on your compatible device, then you should be delighted to learn that your wait is over.

iOS 14 is a huge update for iPhone users as it redesigns the home screen in an interesting manner with the introduction of widgets and App Library. On iPadOS 14 however, things haven't changed that much. Rather than introducing any drastic change to its mobile OS, Apple has decided to fix key areas that boosts the overall appeal of the software in terms of productivity and usability.

Before Apple releases the iOS 14 and iPadOS 14 on the official release date, it's best to take necessary steps in order to ensure a smooth update experience. Things like taking a backup of everything to iCloud, iTunes or Finder is a good start. Furthermore, be sure that you have that Lightning cable handy if you are planning to install the OS from scratch which is the best route to take if you want to experience Apple's new software at its utmost potential. Also, it's best to have your device all charged up and ready if you are planning to update your iPhone or iPad over the air. An over the air update requires you to have at least 50% or more battery available.

Last but not the least, free up at least 5GB of storage space on your device otherwise iOS / iPadOS will keep on pestering you to free up space. It's best to do that ahead of the official iOS 14 / iPadOS 14 release date rather than on the big day. You really don't want your friends telling you that they managed to install the update before them, do you? Of course not.

If you have it all sorted out, then just put a red circle around the big date for release and wait it out. It's just a few hours wait at best. These are exciting times, and there's no bigger treat than downloading and installing an update you've waited so long for. Just a few days more, and you'll be just fine.

Check out more below: