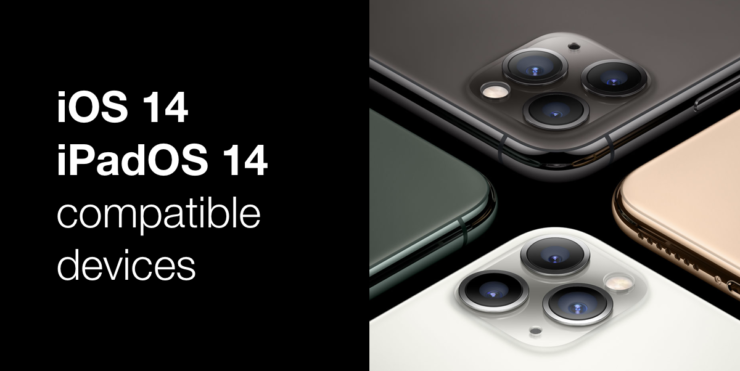 Wondering whether or not your iPhone or iPad will run iOS 14 or iPadOS 14 beta? Here is a complete list of compatible devices.

Are you here to learn about iOS 14 and iPadOS 14 instead? Be sure to check out our launch post right here:

It's been rumored for quite a while now that Apple's latest operating system for the iPhone and iPad - iOS 14 and iPadOS 14 - will support every device that can run iOS 13 and iPadOS. That sounds like an insane piece of information. But now, everything has been confirmed and Apple is indeed bringing the software update to devices as old as the iPhone 6s and the original iPhone SE which is extremely incredible.

These are the devices that will receive the iPadOS 14 update:

And obviously, since these devices will get the update later this year, therefore this automatically means that you can test out the beta update on it at this very moment. But again, at the time of writing, the beta is in its infancy which means it is going to be plagued with bugs, especially in the performance and battery department. If that is the kind of nausea you do not want to deal with, then wait for the iOS 14 and iPadOS 14 betas to mature a little. Jumping onboard the bandwagon when the public beta arrives is usually a great time. So, it's a good idea to stay away from the beta as long as possible until things smooth out on their own. Until or unless you have a spare iPhone or iPad with you for the sole purpose of testing crazy software updates, only then you may go ahead with the early beta updates without much to worry about.

Apple Required to Include Charger With Every iPhone 12 Model Sold in Sao Paulo, Brazil