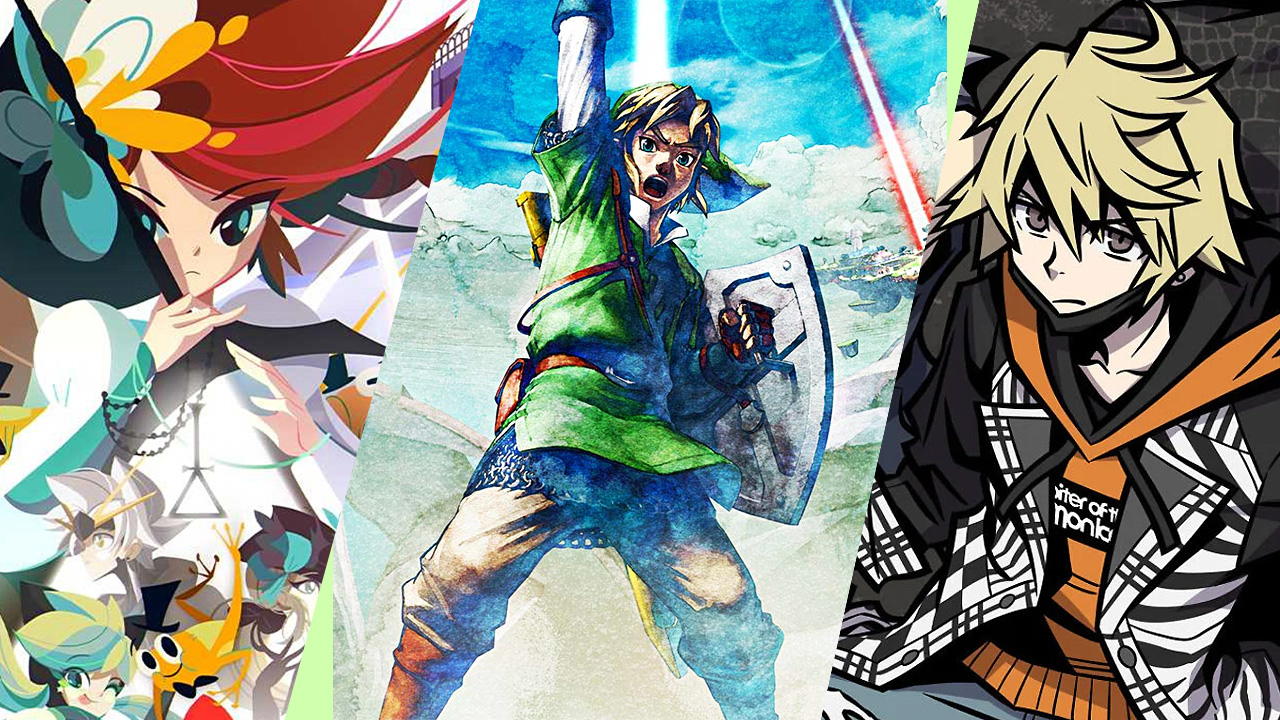 Keeping track of all the latest video games coming out is an increasingly complex task, what with multiple PC storefronts, Xbox One, PS4, Switch, mobile, and more to keep track of, but don’t worry, we're here to help. Every month we'll be running down the games you need to be keeping an eye on, from the big triple-A headliners to the intriguing indies you might otherwise overlook.

July is historically known as the slowest month for game releases, but this year might be one of the busiest ever with games like The Legend of Zelda: Skyward Sword HD, the highly anticipated sequel Neo: The World Ends with You, charming time-traveling RPG Cris Tales, lush Xbox-console-exclusive The Ascent, the new installment of the official F1 game, the survival horror RPG Chernobylite, not to mention Monster Hunter Stories 2: Wings of Ruin and Samurai Warriors 5.

Note: While we may have played demos or got early access to some of the games recommended in this article, in most cases we're simply choosing games that look promising, and can’t vouch for the end product. Do wait for reviews before buying!

That said, here are the many games you should be looking out for in July…

CAPCOM's hottest IP is not Resident Evil. The runaway success of Monster Hunter World (and, more recently, Monster Hunter Rise) has given way to a spin-off series where you play as a Rider rather than a Hunter, befriending monsters and fighting battles in turn-based combat rather than pure action.

Look forward to our review going online in the not too distant future. Until then, check out the most recent trailer for Monster Hunter Stories 2: Wings of Ruin.

One of Link’s more underappreciated adventures gets another chance to shine when The Legend of Zelda: Skyward Sword HD launches in July. Nintendo has bumped up the game’s resolution and will finally let you play the game without arm-tiring motion controls (although they’ve been improved if you’re still into them). Yeah, one of the game’s best new features is locked behind an Amiibo, but for the most part, it looks like Nintendo is treating Skyward Sword with the proper care. Pre-order the game here.

The latest iteration of the F1 racing game is also the first to be published under the EA Sports label after Electronic Arts acquired Codemasters for $1.2 billion. According to our preview written by Chris, the game already looked, felt, and played great, though whether it'll be worthy of a pole position remains to be seen with the final version.

Paper Mario has lost the sharp edge it once had, but it looks like Cris Tales may be set to recapture its magic. Featuring a beautiful 2D-3D art style inspired by Disney movies and the developers' native Colombia, it nods to pretty much every classic JRPG you can name, and clever time-traveling mechanics Cris Tale doesn’t lack in ambition. I was certainly impressed by my most recent private look at the game. Don’t let this Tale pass you by. Pre-order the game here.

The latest entry in KOEI TECMO's long-standing Warriors series promises to be a fresh reimagining featuring a new storyline and presentation in addition to overhauled character designs.

Check out our interview with KOEI TECMO president/COO and Samurai Warriors 5 producer Hisashi Koinuma for more on this title.

After a lengthy stay on Steam Early Access, Chernobylite is finally ready to launch its 1.0 version in late July. Clearly inspired by the likes of S.T.A.L.K.E.R. and Metro, Chernobylite is a survival horror game with RPG elements and a non-linear storyline.

The infamous Chernobyl Exclusion Zone has been fully recreated with 3D scans. Will you dare venture into it to find Tatiana, the love of your life?

If you’re an Xbox owner looking for intense, old-school action, you should definitely be keeping your eye on The Ascent. Offering lush visuals, plenty of explosions, and a surprisingly fleshed-out cyberpunk world, The Ascent should not be overlooked just because of its isometric arcade stylings. If you’re looking for more info, do check out our pair of interviews (here and here) with the game’s developers Neon Giant. Pre-order the game here.

Highrisers is a survival RPG that takes place in a world where streets are overrun with zombie-like “Dreamers,” and survivors cling to life scrambling between the roofs and upper floors of skyscrapers. Lead the members of your team (the game isn’t co-op despite appearances), craft new resources, and make sure you never have to touch solid ground again. Here’s the Steam page for Highrisers.

Death’s Door casts players a crow who works as a humble reaper of souls. It’s not a bad job until your assigned soul is stolen and you have to delve deep into a strange deathless realm to get it back. Featuring an interesting world with hints of Grim Fandango and challenging combat, this one should satisfy those looking for both a solid story and some thumb-testing action. Here’s the Steam page for Death’s Door.

A survival/sandbox game set in Norse mythology, Tribes of Midgard tasks players with fighting back against the Giants and other terrible creatures as they try to bring about Ragnarök, the end of the world.

The game developed by Norsfell allows up to 10 players to band together, though, so you won't have to face the onslaught alone.

Yes, calling your challenging roguelike action-RPG Eldest Souls is kind of shameless, and yet, this game actually looks pretty damn good. Eldest Souls features a slick hand-drawn art style, intense-looking combat, and cuts out all the usual fat (the game’s developers describe it as a “boss rush.”) Yeah, this probably won’t be your favorite game with “Souls” in the title, but don’t hold that against it. Here's the Steam page for Eldest Souls.

And those are the games you should be keeping an eye on this coming month. What games are you planning to pick up in July? Did I miss anything you’re looking forward to?