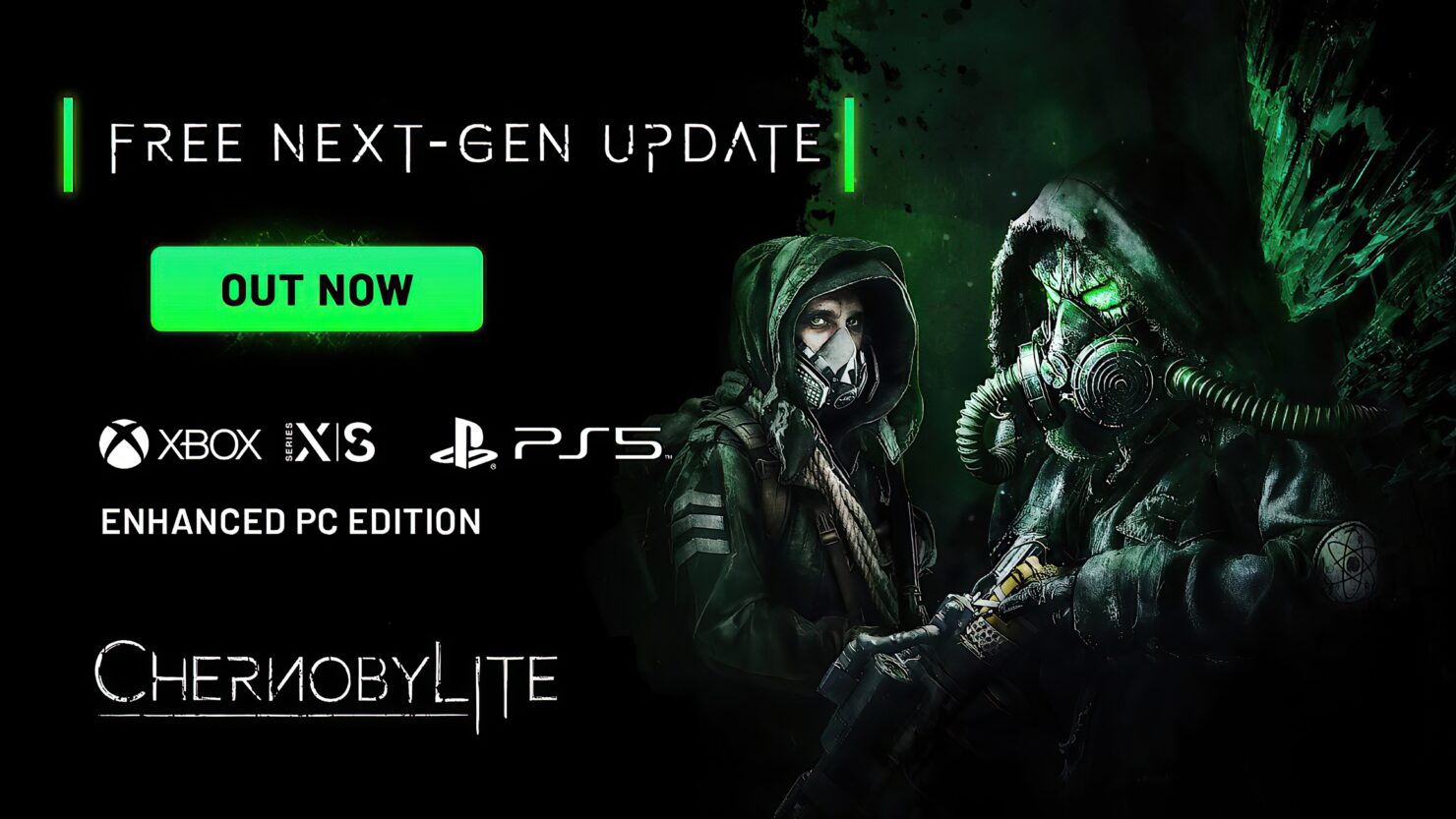 The STALKER-inspired sci-fi survival game Chernobylite was first covered on Wccftech over four years ago when Polish studio The Farm 51 (Get Even, World War 3) announced it to the world.

Since then, Chernobylite was funded on Kickstarter in 2019, released on Steam Early Access later that year, and stayed there for a good year and a half before its full launch in July 2021.

The Farm 51 hasn't stopped updating and improving the game, though. The latest major update delivered the Chernobylite Enhanced Edition on PC and optimized the game on next-generation consoles (Xbox Series S|X, PlayStation 5), adding ray traced effects to the game.

While we conducted our review on PS5, we also contacted The Farm 51 to discuss this significant update and their future plans for Chernobylite. Take a look at our interview below.

It's been eight months since Chernobylite debuted after a long development cycle. Are you satisfied with its reception and commercial performance?

You always want your game to be received better. To have 99% positive reviews or close to that. We think so, too, and there's nothing wrong with that. However, Chernobylite is, beyond doubt, a great success of our small team and also our community, who supported us from the early stages of the project and who helped our ideas and visions receive precious feedback and be improved to the point you see them today.

What kind of new activities and events can players find in the 'Memory of You' update?

In this update, players get the opportunity to learn the life and love story of Igor and Tatyana through the photos scattered around the Zone. They sometimes trigger some memories or strange events. This is not a separate mission or set of quests, more like a treasure hunt of Igor’s past.

Looking ahead, what can you tell us about the upcoming new modes and content due for the remainder of the year?

We’re planning to add a whole new level to the game - Cooling Towers of the unfinished reactor no.5, VR Games which will be a kind of a mini-game located in new, virtual reality maps played on Igor’s VR device, a new weapon - small but interesting - and also we’ll be adding a new difficulty level for those who wish to have more challenge in Chernobylite. These are the main updates planned for the next couple of months. The ones coming at the end of the year are still too far away to reveal.

Do you plan to add more content to Chernobylite in 2023, or would you rather focus on a sequel instead?

Currently, we’re focusing on delivering the new content and DLCs planned in the roadmap for 2022. There is still a lot of work to be done, and detailed plans for 2023 are still something yet to be determined.

Which ray-traced effects did you add to Chernobylite on PC and next-gen consoles?

Within consoles, players will be able to experience Ray Tracing within shadows and reflections on wet surfaces. In the PC Enhanced edition, they will be able to admire ray traced effects which create more realistic reflections and level lighting. This is a significant change in the quality of graphics. Apart from that, we implemented Tessellation technology which makes trees look more natural thanks to much greater detail in geometry.

Is there any difference in quality between the various next-gen versions of Chernobylite? Does the Xbox Series S version also support ray tracing?

The upgrade to the Next Gen version introduces even better graphics to the game. Players get a choice of two graphics modes, "Performance" with 60 FPS and higher graphics quality, and "Resolution" with 30 FPS, implemented Ray Tracing and more details including shadow, environment, and texture quality.

There is a difference between the Xbox Series X and S versions of the game. Ray Tracing will be available in "Resolution" graphic mode only on Xbox Series X.

How do DualSense's haptics and adaptive triggers improve immersion in Chernobylite?

The new controller from Sony allowed us to introduce additional functions, deepening players' experience in the game. We could apply additional vibration and resistance on triggers specific to each type of weapon. This difference will affect the way the player feels each weapon type, thus it will crystallize the way they play, causing them to feel each shot almost as if they were actually doing it in reality.

Will these features be available on PC when using the PS5 controller?

Unfortunately not. These are features exclusive to PS5 consoles.

Do you take advantage of AMD's FidelityFX Super Resolution (FSR) on next-gen consoles?

Are you going to replace FSR 1.0 with the newest 2.0 version on PC (and possibly consoles)?

It's too early to explicitly state whether the console version will include FSR 2.0. This is one of the topics under consideration. The same goes for the PC version. We’re looking into it, researching the subject, and we may consider implementing it at a later stage of the project. However, it’s too soon to tell when and how at this point.

Do you have any plans to add Intel XeSS support on PC in a future Chernobylite update?

At the moment, it's unlikely because Intel is still not a major player in the discrete GPU market. However, if things change and such implementation would be easier to perform, then we may go for it.

Did you start looking at brand new technologies like Unreal Engine 5 and the DirectStorage API? If so, what do you think of them?

Obviously, such new technologies have always been on our radar because we see great opportunities to grow and create better games with them. It's no different in this case. We've been researching and studying Unreal Engine 5 for some time now, while DirectStorage seems to be a natural evolution (a bit late regarding consoles) and something which will allow PC players to use SSD, which they already grew fond of. We’re definitely for it with our future projects.