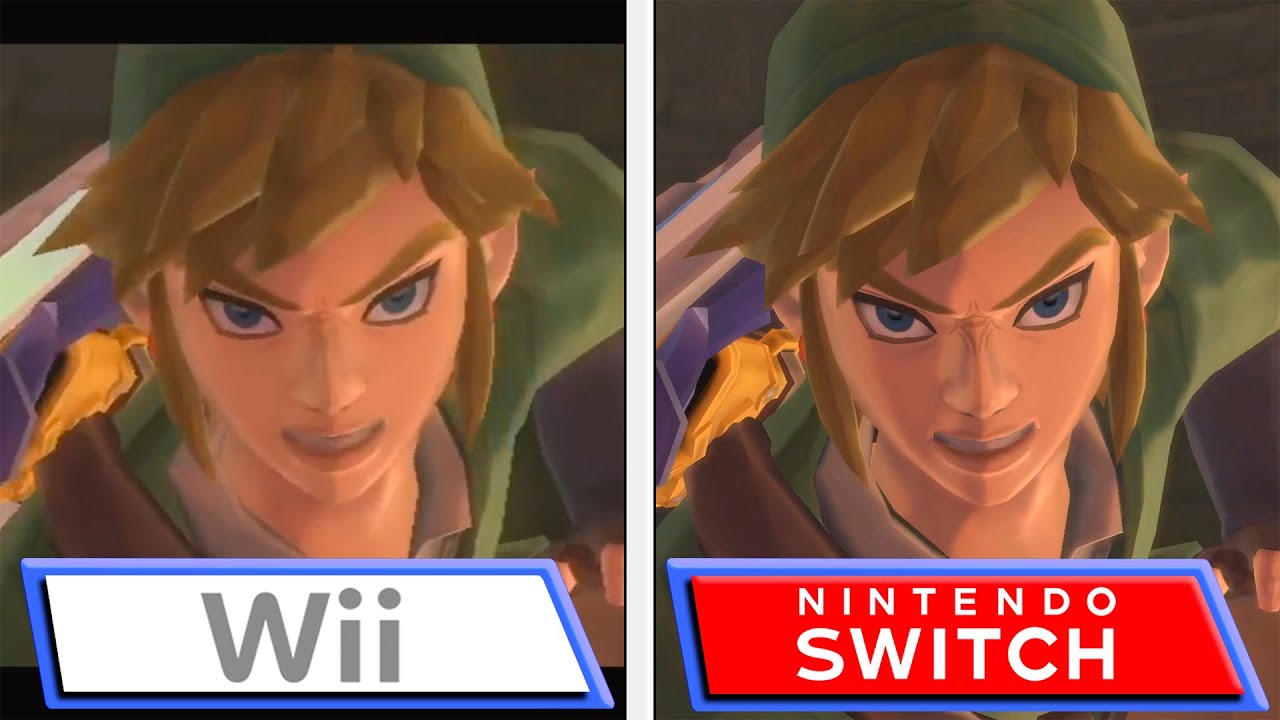 Luckily, with the upcoming HD release of Skyward Sword on the Switch, fans of the series will now be able to enjoy the game in HD resolution and 60FPS. So how much better does this HD version actually look compared to the original Wii release? Pretty great, but you should check it out for yourself in the new comparison video from YouTuber ‘ElAnalistaDeBits’.

Depicting the earliest story in The Legend of Zelda timeline, Link must travel between a world above the clouds and the great unknown below in search of his childhood friend, Zelda. Armed with his trusty sword and shield, Link will face off against powerful foes, solve tricky puzzles and soar through the skies atop a huge bird called a Loftwing on this epic adventure.

When playing with two Joy-Con controllers, these become your sword and shield. Swing the right Joy-Con to have Link swing his sword in-game and use the left Joy-Con to raise his shield to block enemy attacks. Physical movements like these can also be used to make use of different

For the first time, you can also play this adventure using button controls, allowing the game to be played in handheld mode or on Nintendo Switch Lite. When using this control scheme, you can control Link’s sword by simply tilting the right control stick in a chosen direction.