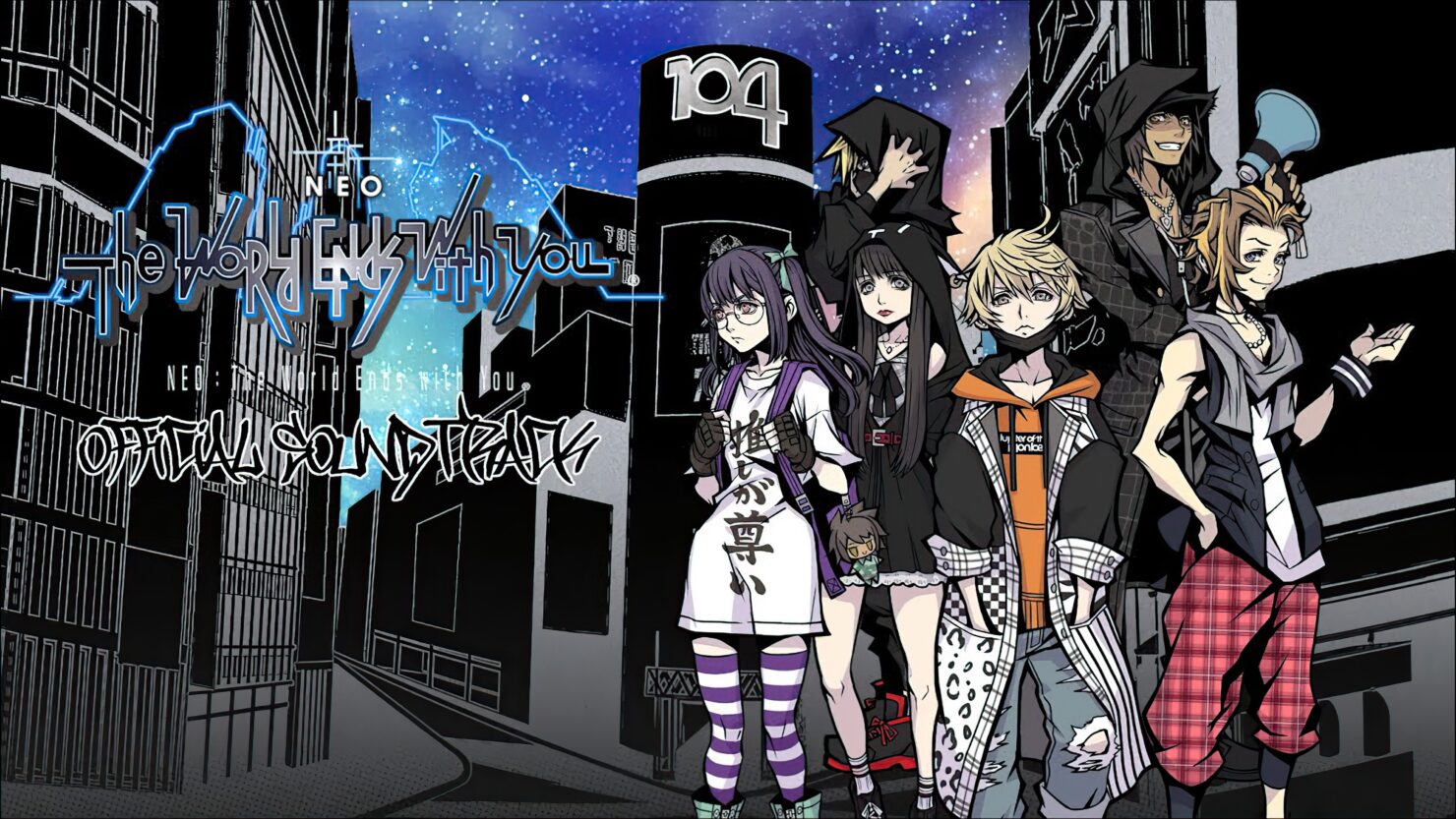 Long waits between games are never a good thing, and they become worse and worse the more time passes. And so does the risk of getting disappointed. NEO: The World Ends With You, the sequel to the stylish role-playing game developed by Square Enix, has some very big shoes to fill, as the original Nintendo DS release is still among the most original role-playing games ever released by the Japanese publisher, being one of the few games that used the dual screens of the console in a very peculiar yet functional way. While some of this magic will obviously be lost with the transition to home consoles and traditional controls, it definitely looks like NEO: The World Ends With You will not disappoint.

This week I had the chance to try out the first two days of the new iteration of the Reapers' Game, and I was extremely pleased with what I experienced. Featuring an all-new cast and some returning faces from the original game, NEO: The World Ends With You puts players in the shoes of Rindo, a teenager who gets involved together with his best friend Fret in the Reapers' Game, a deadly game where the winner gets granted any wish. Despite the returning characters and setting, an incredibly stylish rendition of Shibuya, players do not need to have played the original, as Rindo and Fret will be as lost as the player as they face the Noise, monstrous beings living on a different plane, and complete missions to stay ahead of the other teams and avoid erasure from the Reapers. 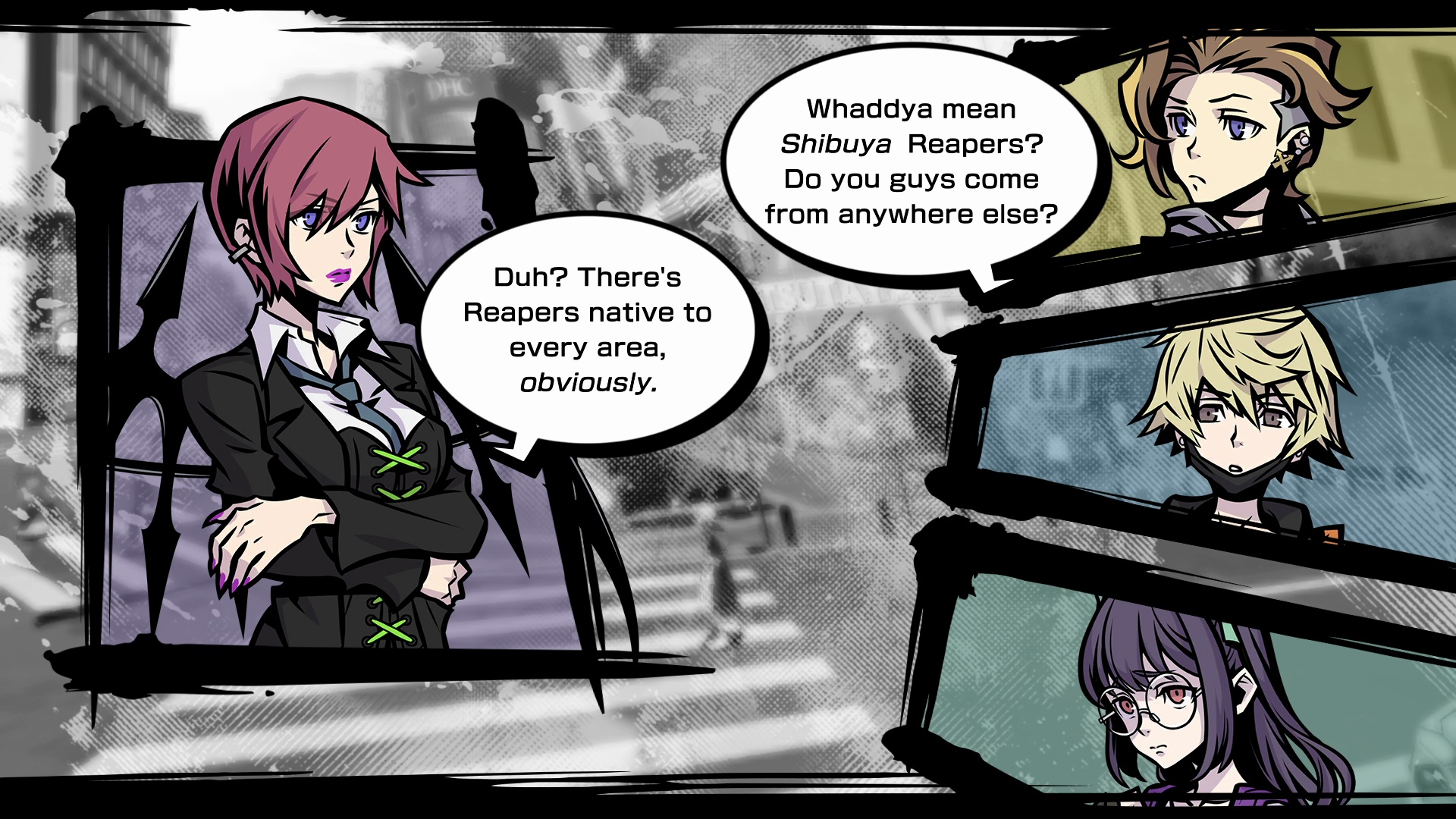 It's remarkable how NEO: The World Ends With You manages to be faithful to the series' roots while introducing some necessary changes, especially to combat. The original was controlled entirely with touch screen controls except for the Nintendo Switch port, which features a mediocre implementation of motion controls, letting players unleash different moves by tapping, slashing, holding the screen, and so on. This is obviously gone in NEO: The World Ends With You, replaced with a combat system that implements the Pin system of the original with mechanics that closely resemble those seen in the Valkyrie Profile series.

Instead of touch screen motions, the Pins powers in NEO: The World Ends With You are activated by pressing the controller's buttons: the triangle button is generally used for melee abilities, the square button for ranged attacks, the L2 button for powers that stay active on screen for longer, like Flame, the R1 button for special attacks that can be charged for additional efficacy. All these attacks can be activated as long as the Pin is active, allowing players to combine all of them to unleash some flashy and devastating combos.

While this may sound like button mashing could be more than enough, this is not true at all, as the developer managed to bring the sense of rhythm of the original in the sequel. Unleashing the final attack of any Pin will make a circle appear on the enemy. By chaining another attack type, players can increase the Groove meter, which increases damage temporarily and lets players unleash a special attack once full. The final attack of each Pin usually comes with a special property, like launching the enemy in the air or knocking them down, so it feels like there will be plenty of combo opportunities. Additionally, it seems like it will be possible to assign multiple attacks activated with the same button as the game proceeds, as one of the tutorial screens hints at, so it definitely looks like there will be plenty of customization possibilities. 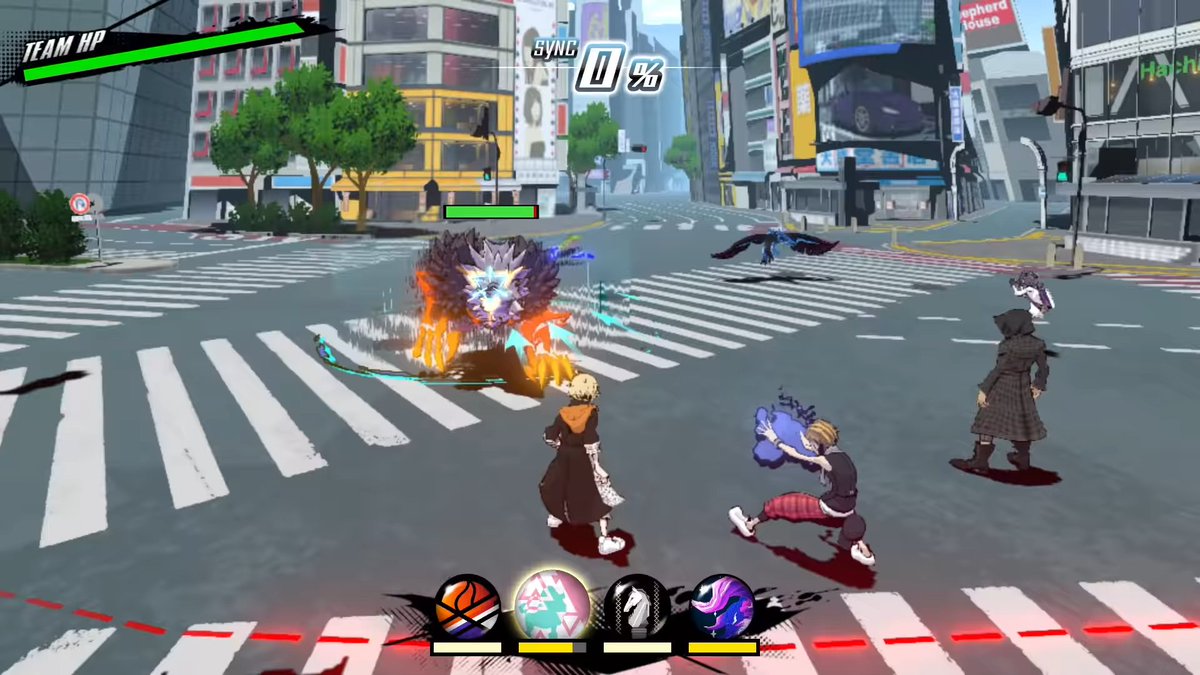 NEO: The World Ends With You does not feel all that different from the original game outside of combat. Rindo and his friends can explore various locations around Shibuya as the story dictates, use Focus to read people's thoughts, and engage the Noise. The two main missions for the first two days in the new Reapers' Games are quite different from one another, introducing a new mechanic that tasks players with restoring a scrambled image via a simple mini-game to remind the people in the area about an important clue needed to complete the mission.

Another highlight of my hands-on session was the soundtrack, which sounds great. While the music of NEO: The World Ends With You has a harder edge to it, compared to the original at least, it still sounds amazingly appropriate to the game's setting. Many rearrangements of the original game's tracks are also in, and they sound great, giving the feeling that this is indeed a proper new rendition of Shibuya we have come to love in the first game.

NEO: The World Ends With You launches on PlayStation 4 and Nintendo Switch on July 27th worldwide. The game will launch on PC via the Epic Games Store sometime this Summer.