New iPhone 6 photos show the upcoming flagship's rear shell with slots for camera, microphone, and flash. These high res images show the rear shell from various angles and looks to be a legitimate metal part of the flagship. The metal shell shows ultra thin design of iPhone 6 with rounded edges, as previously rumored. 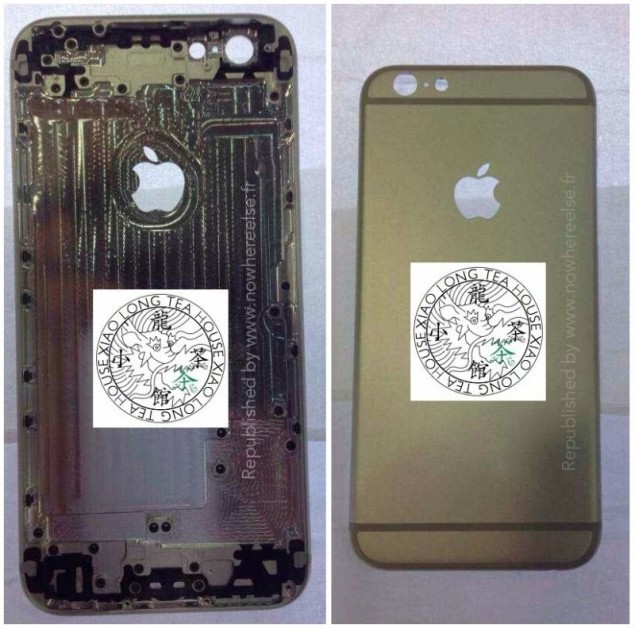 The latest iPhone 6 photos also show the cutout for Apple logo. While the original report claims that it's for a lighted Apple logo to be used an indicator for incoming notifications, it seems more like an embedded logo similar to iPad instead of a printed one. MacRumors reports about the iPhone 6 photos:

Side views of the shell show the now familiar cutouts expected for the iPhone 6, including the standard mute switch and elongated volume buttons along the left side. The right side features a SIM tray toward the middle and what has been reported to be a relocated power button, with Apple perhaps moving the button from the top edge to the side to make it more accessible on the larger device. 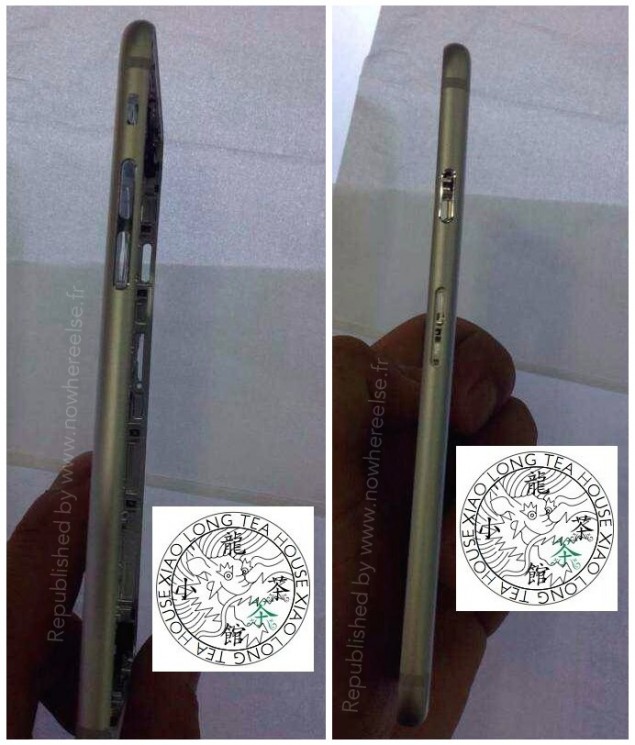