It's official! Apple has finally announced its annual fall event for September 9, 2014. It was hugely rumored that Apple will unveil its next generation iPhone 6 on this day. Yesterday, we also saw some rumors claiming that Cupertino is gearing to launch its first ever smartwatch - popularly known as iWatch - on the same day along with iPhone 6 on Thursday morning. 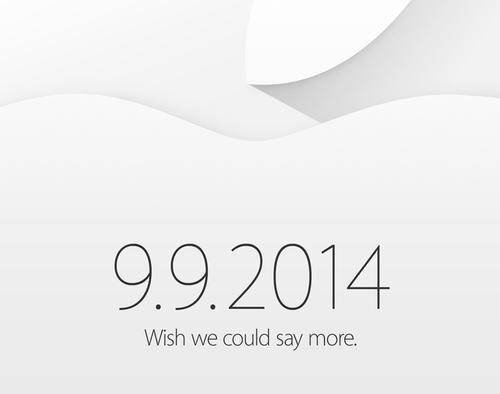 It is expected that Apple will unveil iPhone 6 variants (at least two models) on the day. This year is considered bigger than the previous years as it is first time that Cupertino is expected to launch larger iPhones deviating from its original dimensions. Giving into consumer demands of larger screen real estate, both of the iPhone 6 variants are expected to be larger hitting at 4.7-inch and 5.5-inch, respectively.

Nothing much has been revealed about the company's smartwatch though as we know very little about the product. Apple iWatch is rumored to arrive in more than two forms and shapes helping users pick up a device that suits their needs. Both round and square shapes have been in rumors along with varying dimensions. While it is unlikely that Apple will risk that much into a product but considering iWatch is first of its new products to launch after iPad in 2010, Cupertino could possibly be going all out on it.

iPhone 6 launch event is being held at company's Cupertino, California campus on 8AM, September 9th, 2014. Stay tuned for more!