A couple of days back we learned that Apple's upcoming iPhone 6 might come with a previously unthought feature. Several pictures surfaced from China showing the iPhone 6 USB lightning cable. What was different this time was that the cable was reversible. Like the end of the lightning cable which you plug inside your iPhone, the USB part of this cable could be inserted any way into your notebook/PC without any hassle.

Even though that is good news, yet it's still a leak and as always we can't say anything with 100% certainty. However it does seem very likely that Apple would choose to go this way given the launch of the USB 3.1 standard just a week back. Well, we have more good news today. More pictures have surfaced of this fabled reversible USB lightning connector for the iPhone 6. This time the source is the much more reliable Sonny Dickson, who has been credited with correct iPhone 5S and iPad Air part leaks last year as well. 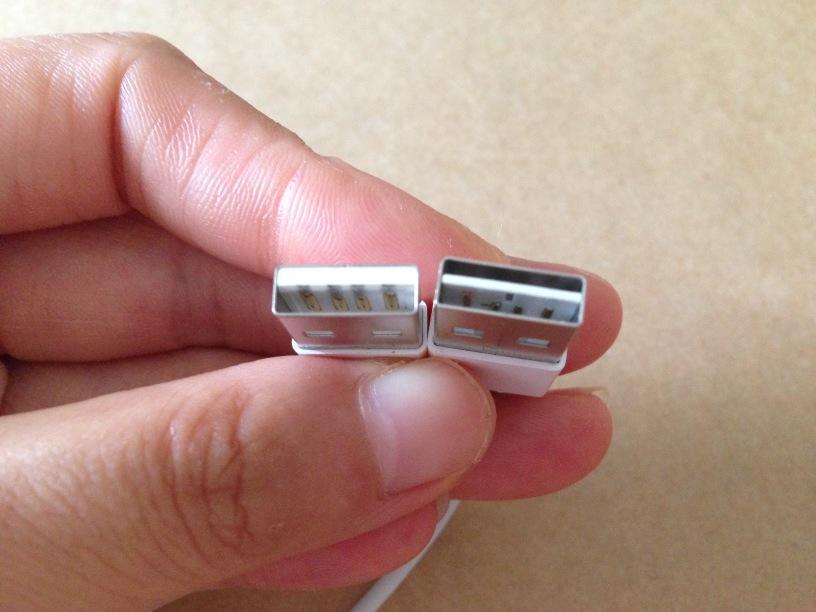 The new cable for the iPhne 6 is also expected to support either USB 3.0 or 3.1. This means a further increase in speed when transferring data in future iPhone 6 and iPad models. The iPhone 6 is primed for a September 19th release so that's most likely when we get to see the new cable as well.