With all the hype surrounding the iPhone 6, looks like there's barely a month left since its launch. Several sites around the internet are reporting the same date for the upcoming flagship's launch. On top of the list is Re/Code.com which is reporting that Apple is scheduled to hold a huge media launch event on the 9th of September. This fits in nicely with several previous reports out of China which mentioned the same date for the iPhone 6 launch.

According to Re/Code, Apple has scheduled a huge media event for September 9. This could very well be the event where we get to see the iPhone 6 for the first time. According to the site: " Apple has scheduled a big media event for Tuesday, Sept. 9 — a date to which Apple numerologists will strain to attribute significance. As with September events past, the focal point of this one is to be Apple’s next-generation iPhones, which are expected to feature larger displays of 4.7 and 5.5 inches and run speedy new A8 processors. Apple declined comment. " 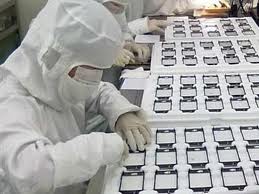 Re/Code however isn't the only site that's claiming to have inside word on the iPhone 6 launch event. Wall Street Journal and Bloomberg both claim that Apple is indeed planning a September 9 launch event. The WSJ cites soures 'familiar with the matter' while Bloomberg says that 'people with knowledge of the plans' claim the date. Whats more interesting here is that both claim that Cupertino will be launching the 4.7 inch and the 5.5 inch variant of the iPhone 6. This stands in contrast to earlier reports.

Both the variants of the iPhone 6 are to come with improved processors, larger screen sizes, better batteries and reportedly a Sapphire glass display panel. They will also ship with the company's latest iOS 8, which is to have several enhancements over the current variant. All we need now is a confirmation from Apple itself about the dates.