Latest images right from the Apple's largest manufacturing partner, Foxconn, reveal some interesting details about the upcoming flagship smartphone from Cupertino. Some of the details shared in the images include internal code names of both the 4.7-inch and 5.5-inch iPhone 6 variants, weights of the devices, battery details, protruding camera lens and more such details. 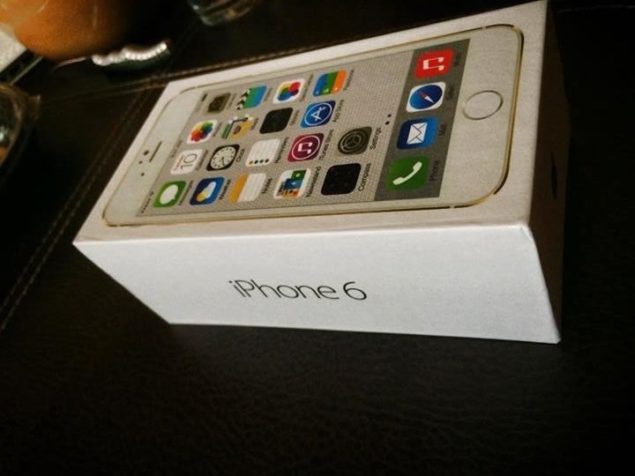 Leaked images from Foxconn detail the information of the 5.5-inch iPhone 6 which will be 158 mm long, 7.1 mm thick and 78 mm wide. The images also share that the larger iPhone 6 will have a protruding camera with a thickness of 7.7mm thickness. The device will weigh 184.6 grams and will feature a larger 2915 mAh battery. 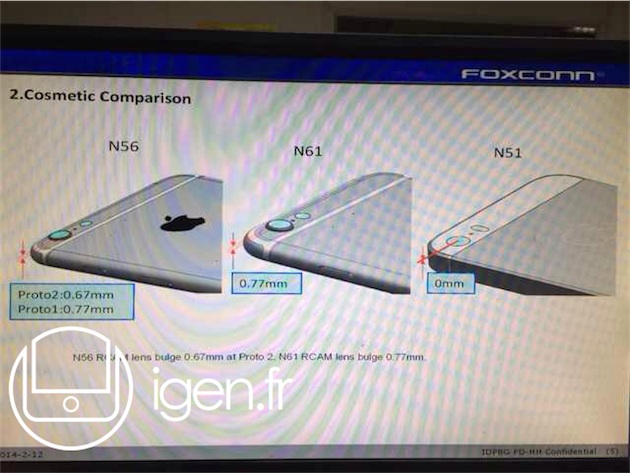 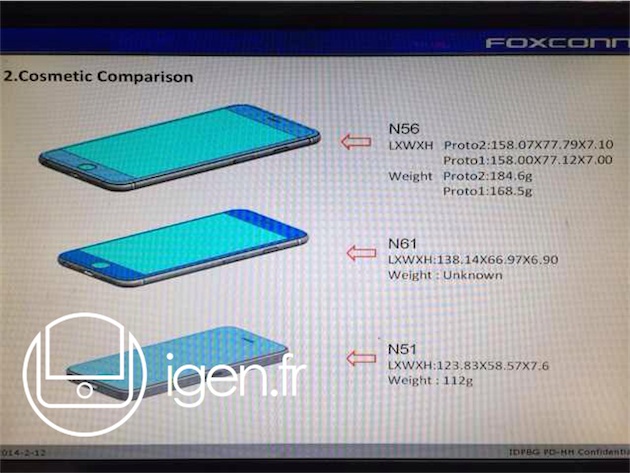 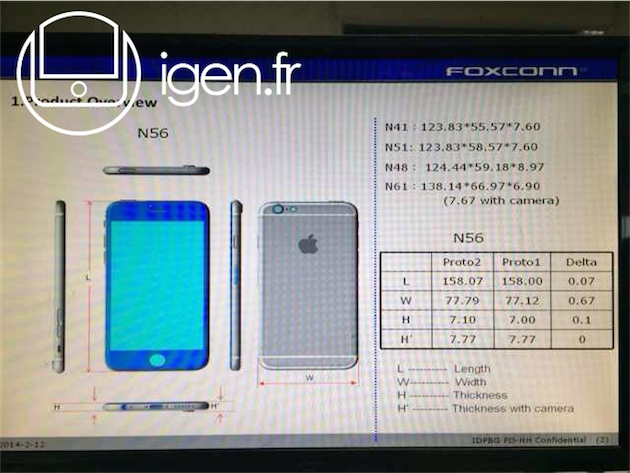 Here are some more details from Foxconn:

We don't think Apple's aesthetics will allow those antenna bands - we also saw earlier that these won't be in the final design. iPhone 6 is expected to be unveiled on September 9th. Smartphone will feature an A8 processor, improved sensors, 8 megapixel camera with OIS module and will be powered by the iOS 8.