In a beautiful turn of events (yes, I love saying it), a Taiwanese celebrity has showed off the highly-anticipated and the currently center-of-all-things-leaks iPhone 6. In the pictures, he has compared the upcoming flagship with an apparently smaller 4-inch iPhone 5. 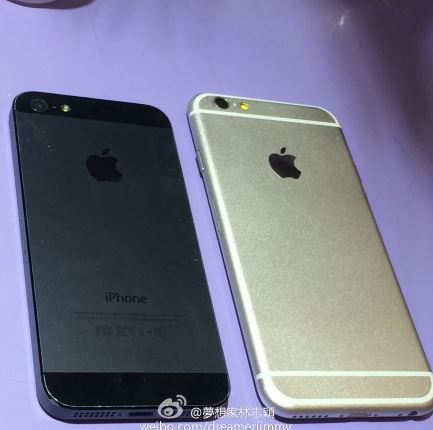 A popular Taiwanese celebrity Jimmy Lin has shared a few images of the upcoming iPhone 6. The device was already strongly speculated and rumored to be a larger smartphone coming off at a 4.7". As far as the credibility of these images are concerned, we know that this man had earlier shared an iPhone 5 before its release to the public. 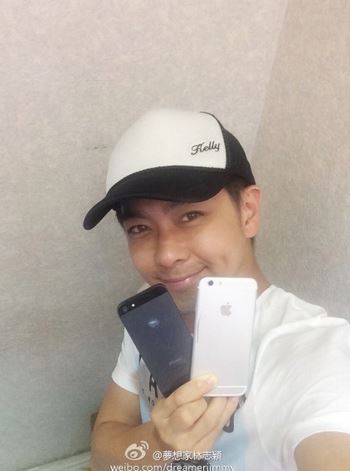 These iPhone 6 latest images have surfaced from China adding to the already strong rumor and leaks-base for the Apple star. The set of new images clearly show a bigger iPhone 6 when put against the iPhone 5. Not only dimensions, but the overall design language seems different from the predecessors which have traditionally always remained largely same. 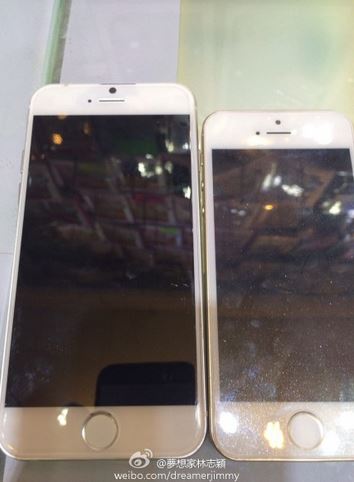 With a noticeable lean towards iPad Mini, iPhone 6 latest images show curvier edges, iPad styled speakers and very prominent contrasting strips of white color. Jimmy Lin shares that the device looks gorgeous with its latest 4.7 inch display panel. He also commends the grip of the smartphone. The device is also expected to be later launched in a limited, 5.5 inch phablet variant to compete against varied successful Android options.

Next gen iPhone 6 is expected to sport an ultra-thin, almost bezel-less design form with rounded edges. iPhone 6 leaked images and news suggest that the device will sport an A8 processor, 1 GB RAM, Touch ID sensor, and an improved 8 megapixel camera with Optical Image Stabilization (OIS). iPhone 6 is also expected to sport a durable sapphire display panel. Software wise, iPhone 6 will be powered by iOS 8 featuring new fitness apps with a focus on Healthbook app, an improved Maps and Siri experience, inter-app communication capabilities and more such refinements.