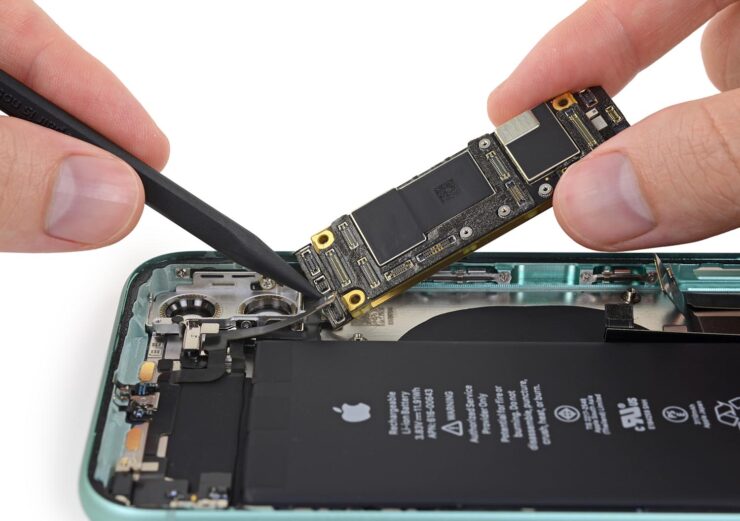 Earlier, a TENAA listing and a Vietnamese YouTube channel had revealed some tidbits about the latest iPhones which Apple had left out such as the battery capacities, rectangular logic board, and single-unit battery. Now, thanks to the latest iPhone 11 iFixit teardown, we have more details about the innards of the cheapest of the three phones in the lineup, which we predict will also be the most popular in terms of racking up sales.

The iPhone 11 iFixit teardown is largely focused on the battery. The teardown experts confirm that the cell is rectangular in shape and weighs 44.1 grams. This means that the cell is a little lighter than the one present in the iPhone XR. Despite that, it features a capacity of 3110mAh, 7 percent more than the battery capacity of iPhone XR. Because of the slight increase, Apple claims that the iPhone 11 will last an hour longer than its predecessor, but you can rest assured that the A13 Bionic will also contribute to that increase.

The iPhone 11 iFixit teardown has also revealed that unlike the iPhone 11 Pro and iPhone 11 Pro Max, which are believed to have the two-way wireless charging technology internals thanks to a previous teardown, the entry-level model was never meant to have it. Apparently, Apple has disabled the functionality via software on the beefier phones because it doesn’t meet its standards concerning efficiency. 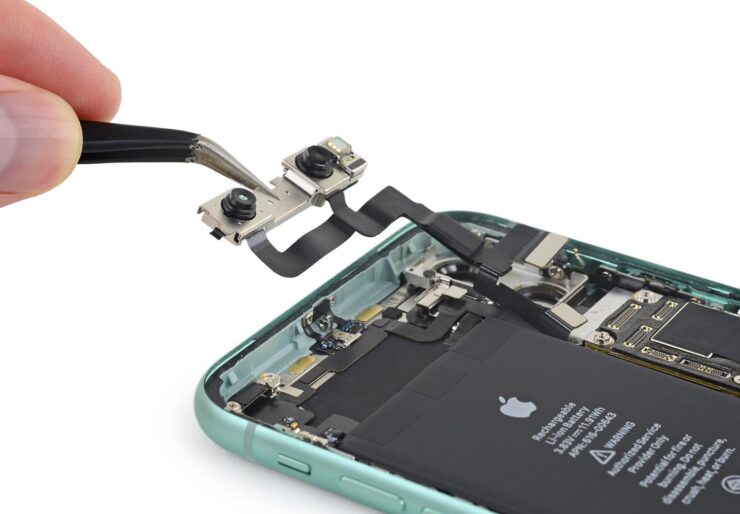 Back to the iPhone 11 iFixit teardown, the website reiterates that the phone has a lot in common with the iPhone XR and borrows some impressive technology from the iPhone 11 Pro. Inside is a double-decker logic board that previously has not been featured on a mid-size series. Additionally, the outlet also stumbled upon the Cupertino giant’s U1 wireless positioning chip, which will help with location tracking.

All in all, the phone got a reparability score of 6 out of 10. While things such as easy replacement of display, low requirement for hardware swapping, a higher Ingress Protection rating, and non-adhesive fasteners have been praised, the phone lost scores in other departments. For instance, proprietary screws are still a huge fuss, and the front and rear glass are believed to increase the chances of breakage during the teardown process. 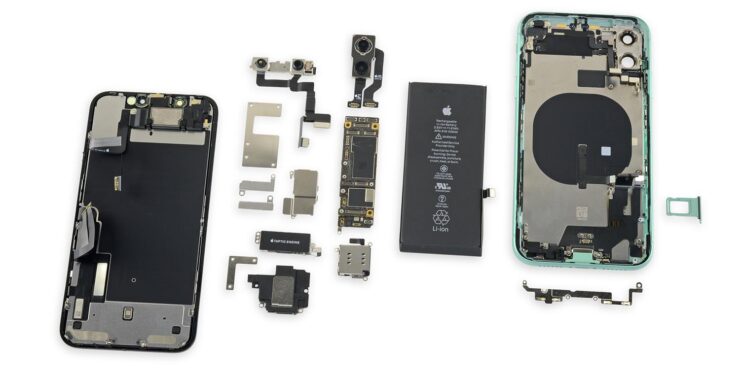 On the bright side, Apple now has an Independent Repair Provider Program, which will give third-party services access to the company’s resources and parts and this will make repairs more accessible than before.