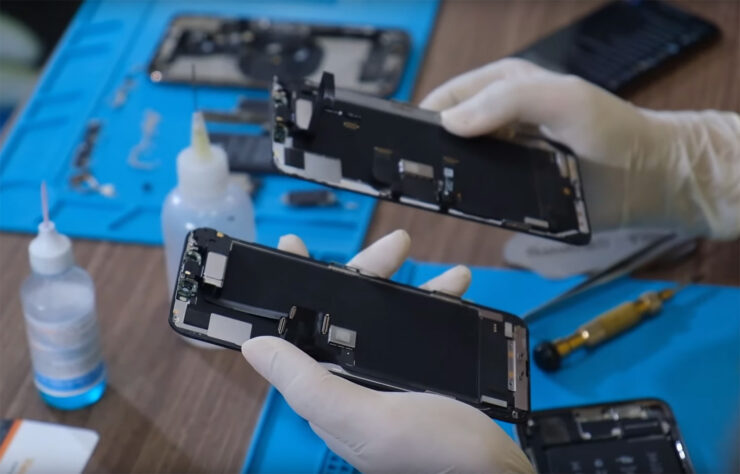 Earlier, the battery capacities of the latest iPhone models were revealed, thanks to TENAA, and confirms that the newest devices have bigger batteries than their last year’s counterparts. Now, a Vietnamese YouTube channel has done a whole iPhone 11 Pro Max teardown, not only confirming the battery size but also revealing other details that Apple didn’t reveal in its September 10 keynote. We believe this teardown carries significant importance because the innards are vastly different than the components used in the iPhone XS Max, showing that not all changes need to represented from the outside.

Since the video is in Vietnamese, it’s hard to make out what’s being said but a couple of things are crystal clear. First off, the first non-iFixit iPhone 11 Pro Max teardown has revealed that the phone has a rectangular logic board and not an L-shaped one like present in the iPhone XS Max. This compact, stacked design supposedly freed up space to fit in larger batteries and additional camera sensors inside the iPhone 11 series. 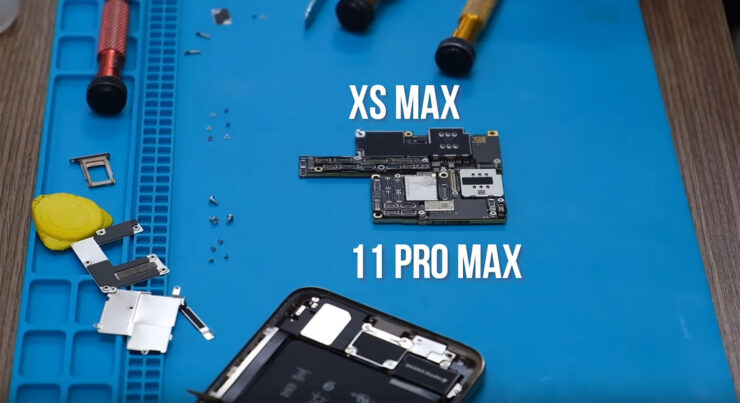 As mentioned earlier, the iPhone 11 Pro Max teardown also reveals a bigger 3969mAh battery, making it about 20 percent bigger than the iPhone XS Max’s 3174mAh cell. Although the battery is still L-shaped, it’s more of a uniform unit now, unlike the iPhone XS Max’s cell. This is in line with rumors that alleged that the 2019 models will come with a single cell battery and apparently such a design allows the battery to hold more charge and juice up faster. However, the video clearly shows that the iPhone 11 Pro Max’s battery is thicker than its predecessors, which is presumably the reason why the phone is a bit bulkier.

The iPhone 11 Pro Max teardown clip also shows its triple camera module and the front components including the Face ID module that are housed inside of that prominent notch. We can expect to find a more thorough inspection of the internals when iFixit gets its hand on the newest iPhones, so we highly recommend that you wait patiently for that in-depth teardown.

For now, you can check out the entire clip given below to see what changes there are on the inside of the iPhone 11 Pro Max.