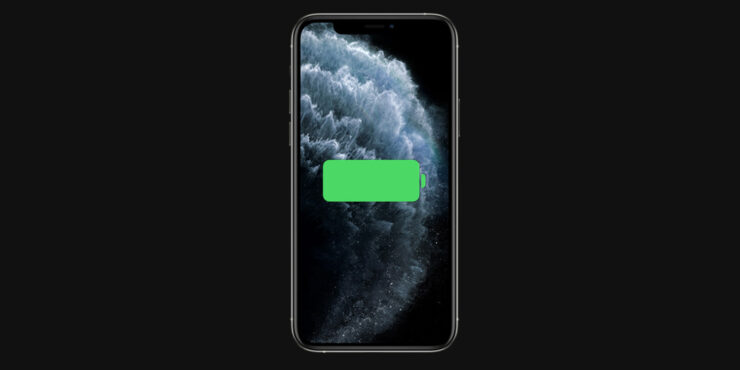 Unlike most other smartphone vendors, Apple doesn’t reveal some specifications during its iPhone keynote ranging from the battery capacity and RAM. This year, things weren’t any different but that hasn’t prevented third-party dismantlers, leaksters, and foreign regulatory authorities to provide those missing details. Lucky for the users who want to know these details ahead of the phone’s release in other regions, the Chinese authority TENAA has now listed these specifications, and they are very interesting.

According to Apple, the newer iPhones last anywhere between one and five hours longer than last year models, depending on the model you go for, but of course, that’s not the same as knowing the actual battery capacities. According to TENAA, the iPhone 11 has a 3110mAh battery, which is only a tad bit larger than iPhone XR’s 2942mAh battery. The iPhone 11 Pro packs in a 3046mAh cell, which is quite an improvement over the iPhone XS’ 2658mAh Cell. Lastly, compared to the 3174mAh capacity of last year’s iPhone XS Max, the iPhone 11 Pro Max sports a much heftier 3969mAh battery under the hood.

The specifications are much different compared to the details shared by @OnLeaks earlier in a separate report, and here’s the interesting bit; the RAM counts aren’t the same either. In the TENAA filings, the iPhone 11 sports 4GB of RAM, and so do the more expensive iPhone 11 Pro and iPhone 11 Pro Max. Earlier evidence that the iPhone 11 Pro features 4GB RAM was spotted in a benchmark, where the model outright steamrolled the Android competition, which isn’t surprising. Some Android phone makers offer memory configurations up to 12GB of RAM, so 4GB of memory might sound insufficient for the latest iPhones. 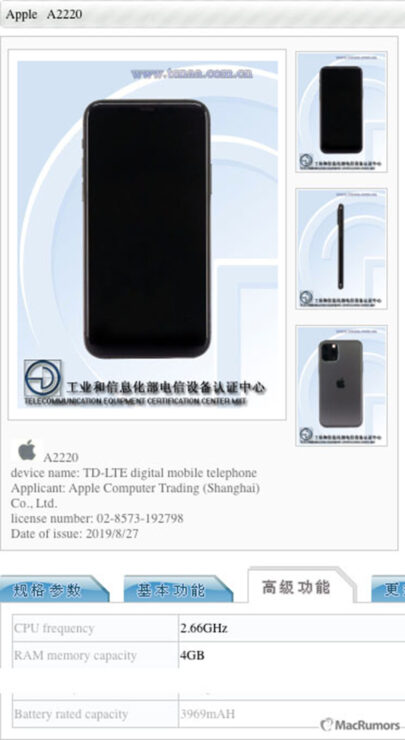 However, they’ll probably work just fine thanks to the way iOS manages memory. Although these specifications are for the China-bound models, there are usually not many differences between the variants sold in different countries. So, expect the metrics to be the same in other regions as well based on these latest TENAA filings.

Though Apple has maintained the design of all three devices as well as the display sizes, the boatload of differences are present underneath the hood. A lot of the times, the physical changes on the outside are limited and customers might find that to be discouraging when picking the latest and greatest model. However, we recommend checking all of their details in a meticulous fashion so that all the differences slowly start popping up one by one.