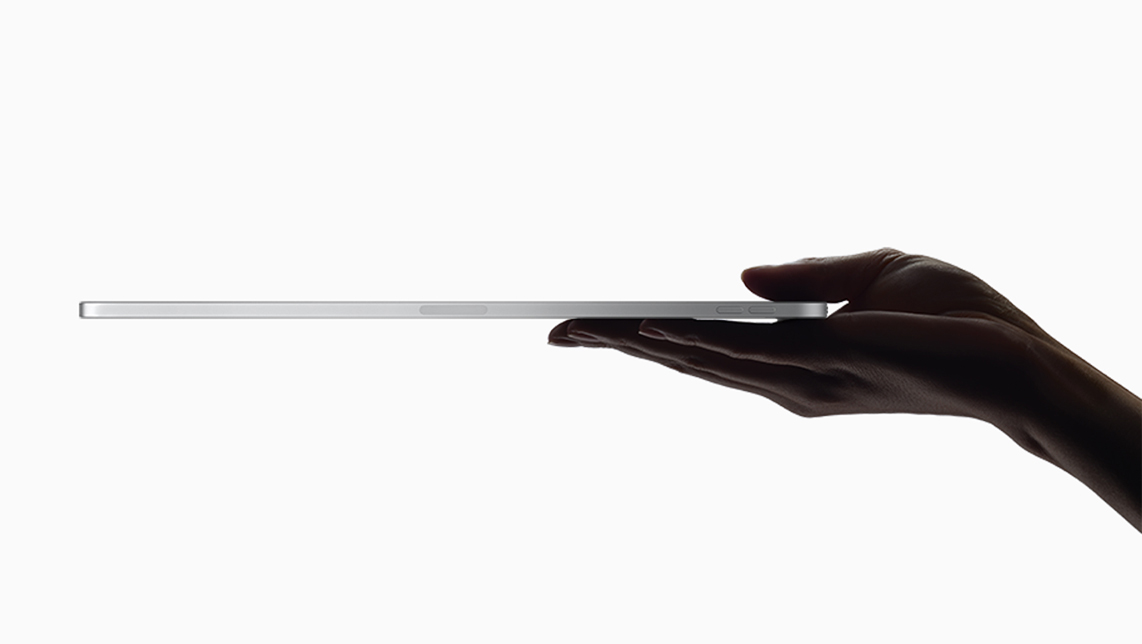 After months of speculation on the rumor mill, Apple finally launched its 2018 iPad Pro today. The two tablets feature everything that we expected them to - and them some more. One major and much-needed change on the iPad Pro 2018 is a brand new design. Now we've got 14 images of the tablets that explore and expose their external design from all angles. Take a look below for more details.

Apple's latest iPad Pros feature a brand new design, that's reminiscent of the iPhone 5 and iPhone 5s' strict corners and sharp edges. This approach is properly suited to a tablet that has a processor with 10 Billion transistors on board. Apple's iPad Pro is a much-needed show of strength for a company that's long rumored to design its own processors for entry-level notebooks.

The 2018 iPad Pro upgrades have sharper corners and a slim form factor that strictly adheres to the industrial design's approach of zero concern for added aesthetics. Additionally, Apple has also removed Touch ID from the latest iPad Pro upgrade, and replaced it with a True Depth camera setup. This setup will allow users to unlock it in both portrait and landscape orientations.

The iPad Pro 2018 also featured redesigned antenna bars, and the tablet also removes the 3.5mm earphone jack. Apple has also launched a brand new Apple Pencil with the tablet. All in all, slimmer bezels and a new design give Apple's latest iPad Pro upgrade a new look and feel. Apple's finally done the tablet some justice, and one would hope that the company has similar courage to differentiate the iPhone lineup.

Of course, it's unlikely for Apple to do so, but one still can wish for a design similar to the iPad for the iPhone. Thoughts? Let us know what you think in the comments section below and stay tuned. We'll keep you updated on the latest.