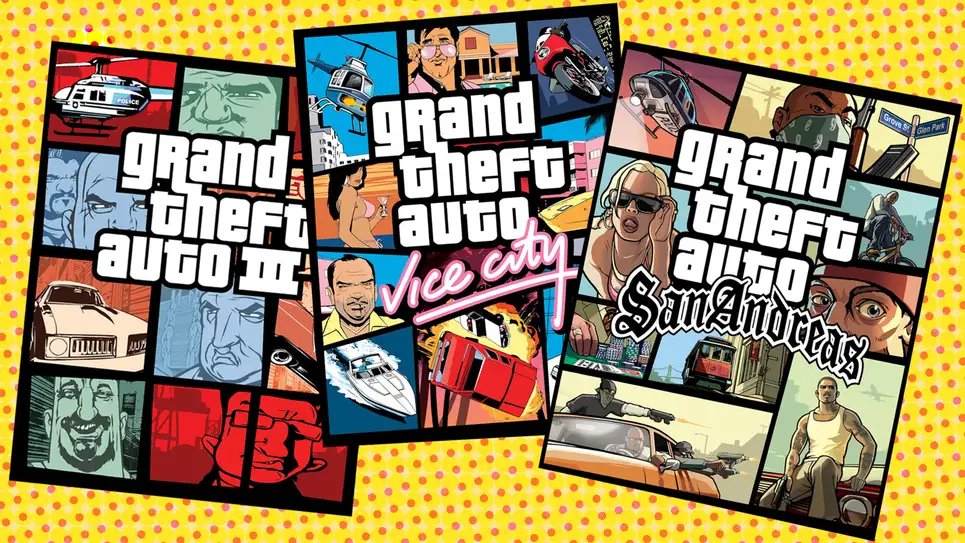 The rumored GTA Remastered Trilogy might not be released later this year, but sometime next year.

At least, that’s what renowned Call of Duty and Battlefield leaker, Tom Henderson, believes. As covered last week, Take-Two is reportedly working on a remastered collection of Grand Theft Auto III, Grand Theft Auto Vice City, and Grand Theft Auto San Andreas. As reported by Kotaku, this remastered trilogy is supposed to launch on various platforms, including the Nintendo Switch,  by the end of this year.

“Then plans changed, and the remastered trilogy was scheduled to be released earlier this year”, Kotaku’s report reads. “However, plans have changed again, and now the remastered titles are planned to launch around late October or early November.”

According to Henderson, however, this launch frame might not be correct. “I wasn't going to mention the GTA Remastered Trilogy, because everything I've heard has been covered - The only difference is that I don't believe the launch time frame is correct”, the credible leaker wrote on Twitter some hours ago.

So when does Henderson believe that the Trilogy will launch? In a follow-up Tweet, he said, “Sometime in 2022”.

I wasn't going to mention the GTA Remastered Trilogy, because everything I've heard has been covered - The only difference is that I don't believe the launch time frame is correct.

Henderson has quite the track record when it comes to Call of Duty and Battlefield leaks. Time will tell if he’s correct on this one as well. What are your thoughts about the rumored remastered GTA Trilogy? Will you be playing in on the Nintendo Switch? Hit the comments down below.

For now, while we’re waiting for an official announcement from Take-Two and Rockstar, check out this GTA San Andreas Remastered mod for PC while you still can. GTA fans owning a Nintendo Switch might also want to check out this unofficial Grand Theft Auto: Vice City Switch port while it's still up.