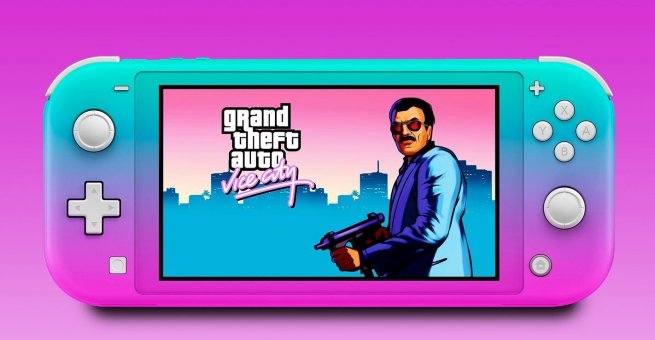 As said, those interested will need a modded Nintendo Switch in order to run this port, and while we won’t be providing additional information on modding Nintendo’s platform, we wanted to this this joyful news for GTA fans nonetheless. In order to bring the port to the Switch, the team behind the project reverse-engineered the source code for GTA III and GTA VC. More information on how to download and install the game can be found by searching on Github for Vice City Nintendo Switch.

Previous ports of both GTA III  and Vice City were taken down following a DMCA claim. Luckily, the ports now appear to be restored.

A video of the game running on Nintendo’s platform can be found here.

Grand Theft Auto: Vice City was originally released for PlayStation 2 back in 2002. The game was later also released on Xbox, PC, and smart devices.

Sam Houser, the executive producer of the Grand Theft Auto franchise and president of Rockstar Games, commented back in 2002, "The success of Grand Theft Auto 3 has made us very proud, but it has also motivated us enormously. The work currently being done by our development and production teams in Edinburgh and New York is going to surpass the efforts of last year, as we set our sights on making an even more revolutionary gaming experience. This will be reflected in the size of the game, the scope of the gameplay, the extent of the gameplayer's freedom, the quality of production value, and the all-important sense of style."

Les Benzies, then producer of Grand Theft Auto games, noted, "Although it may appear to be a challenge to develop a game superior to Grand Theft Auto 3, our progress to date on Vice City makes me highly confident that we can deliver a truly innovative game."