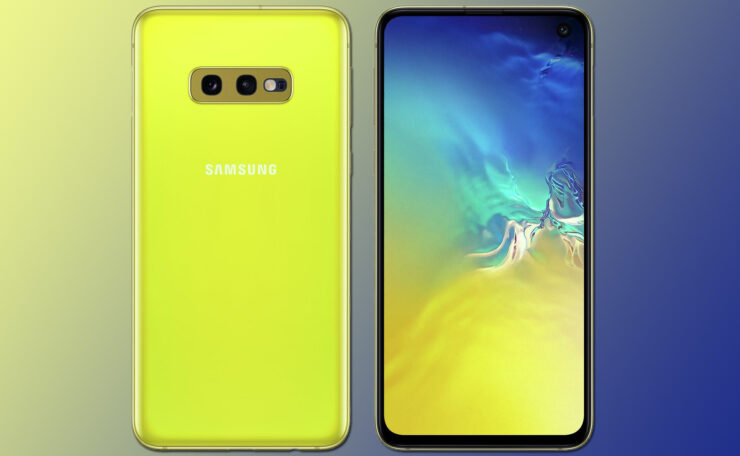 UPDATE 11:19 AM PST: Samsung's Android 10-based One UI 2.0 update is now available in the US and Canada. It is available for T-Mobile, Sprint, and Xfinity Mobile subscribers in both countries.

Samsung's Android 10-based One UI 2.0 update has already begun rolling out in several European countries for the Galaxy S10 and Galaxy S10+. The smaller Galaxy S10e, on the other hand, has had no such luck. That changes today, as the Galaxy S10e is receiving its highly-anticipated Android 10 update in Korea.

The 1.9 GB update for the Galaxy S10e bears build number G970FXXU3BSKO/G970FOXM3BSKO/G970FXXU3BSKL. It comes with the December security patch for Android and all standard One UI 2.0 features such as Digital Wellbeing, navigation gestures, and more. One UI already had its own version of a system-wide dark mode. With Android 10, it works in tandem with Google's implementation of the much-awaited feature. Here's the full changelog according to Samsung's website:

Dark mode
- Enhanced image, text, and color adjustments for day and night environments.
- Darkened wallpapers, widgets, and alarms while Dark mode is on.

Accessibility
- High contrast keyboards and layouts for large text have been improved.
- Listen to live speech and display it as text.

Better text over wallpapers
- See text more clearly against wallpaper, as One UI automatically adjusts font colors based on light and dark areas and color contrast in the image below.

Media and devices
- Replaced the SmartThings panel with the Media and Devices.
- Media: Control music and videos playing on your phone as well as other devices.
- Devices: Check and control your SmartThings devices directly from the quick panel.

Digital wellbeing
- Set goals to keep your phone usage in check.
- Use Focus mode to help avoid distractions from your phone.
- Keep an eye on your kids with new parental controls.

Camera
- Added the ability to edit the modes that appear at the bottom of the screen.
- Provided a More tab so you can quickly access hidden modes from the preview screen.
- Improved the layout so you can focus on taking pictures without the settings getting in the way.

Internet
- Customize the quick menu to get instant access to the features you use the most.
- Get more information from the app bar.
- Install add-ons from the Galaxy Store to get even more features.

Samsung Contacts
- Added Trash feature for Contacts. Contacts that you delete will stay in the trash for 15 days before being deleted forever.

Calendar
- Stickers can be added to a date without creating an event.
- Ringtones can be used for event alerts.

My Files
- Created a Trash feature so you can restore files if you delete something by mistake.
- Added more filters you can use while searching to help you find things quickly.
- You can now copy or move multiple files and folders to different destinations at the same time.

One UI 2.0 isn't nearly as feature-rich as its predecessor. It is, in part, due to most Android 10 features already being a part of Samsung's software (One UI and Samsung Experience.) The only perceivable change is the addition of Digital Wellbeing features. Some of the other changes include ones to the Files app and Contacts, which will now let you 'store' deleted contacts for up to fifteen days. Almost everything else is a cosmetic or QoL change that merely improves upon Samsung's near-perfect software.

Android 10 will be available to more Galaxy S10e users based in the EU in the coming days. Carrier-unlocked devices should receive the software before their carrier-locked counterparts. It should make its way to other regions starting January, based on Samsung's Android 10 roadmap.