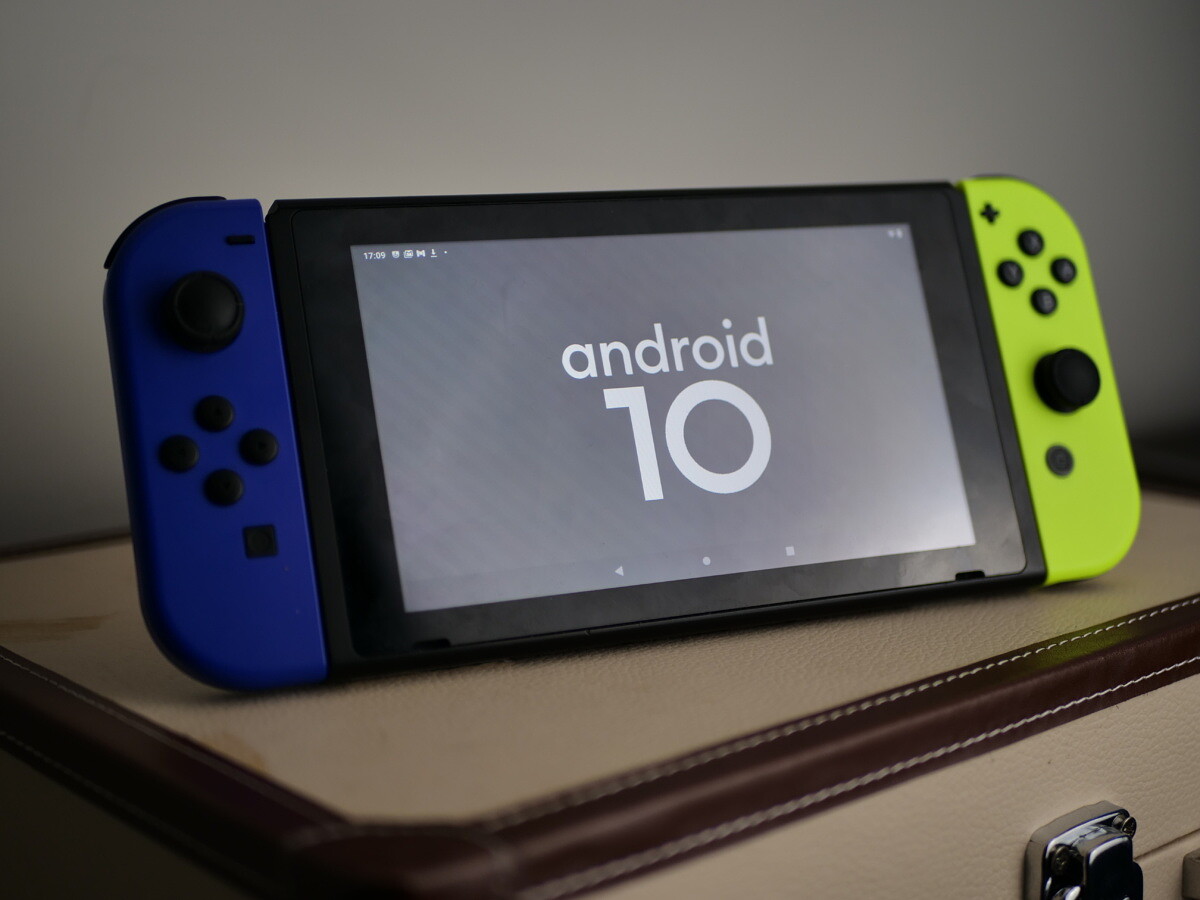 There is no way to overlook that the world of Android is an interesting one because the open-source nature gives you the ability to run Android on pretty much every device imaginable with just the right amount of dedication and hard work. The latest gadget that can now run Android 10 happens to be a Nintendo Switch; Android 10 has been ported over to the handheld console thanks to the SwitchRoot team. You can go ahead and install the LineageOS 17.1, which is based on Android 10, on your Nintendo Switch console.

You Can Give Your Nintendo Switch an Android 10 Make Over

Interestingly, this is not the first time for the Nintendo Switch as it managed to run Android 8.1 Oreo as well, and the same team did the work. This Android 10 is based on LineageOS 17.1 build that is initially for the Nvidia Shield TV, and it brings a lot of improvements over the previous release. You are getting features such as deep sleep mode, which will mean that your console's battery life does not get killed. In addition to that, you are getting a much faster and more responsive experience than the previous release.

The unofficial LineageOS 17.1 port for the Nintendo Switch does bring many features, and we have mentioned them below.

The ROM is available in two different options; you are getting a tablet build that offers standard Android UI with support for all the apps and an Android TV build that supports both docked and undocked us but does have limited ap support. If you use Nintendo Switch while it is undocked for most cases, then going for the tablet build is what we would suggest; however, the latter will offer a much better-docked experience.

As far as the bugs are concerned, the developer talks about how the games built for Nvidia Shield are not supported, and you will probably notice some stuttering when using Bluetooth audio. Also, some apps may not help the D-pad on the Joy-Con.

Installing the Android 10 on Nintendo Switch is not that difficult; you will need an RCM exploitable Nintendo Switch, a USB Type-C cable, a sound microSD card formatted to FAT32, and a PC. For those who already have the Android 8.1 Oreo build, you backup your data before installing the Android 10 build, as flashing a new ROM must wipe all the data. Once the ROM is flashed, you have to flash the Google Apps package, Alarm Disable ZIP, and Xbox Joycon Layout ZIP file if you use an Xbox controller and you are done.

For anyone interested in trying out Android 10 on Nintendo Switch, you can check out the thread with all the important information and a tutorial on how you can do it.