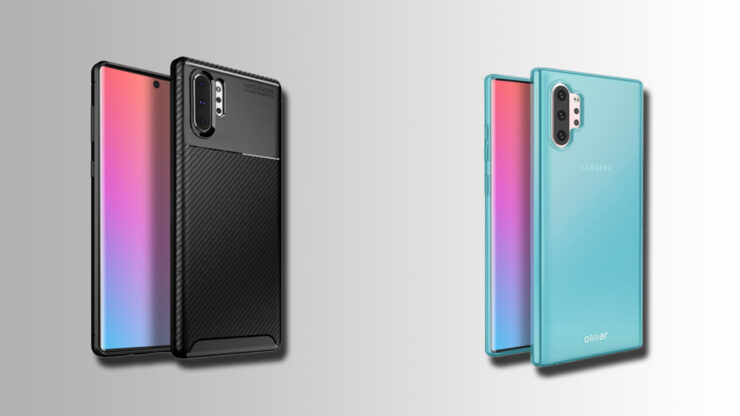 With Samsung expected to introduce the Galaxy Note 10 and Galaxy Note 10 Pro, their accessories are going to be different thanks to the contrast in dimensions. Now, thanks to a trusted UK retailer, smartphone accessories of the upcoming phablet have been shared on the online store’s website.

Not too long ago it had uploaded some iPhone 11 Max cases, and now the e-retailer is back with Note 10’s version of protective covers and more. Since the official announcement is nearly a month away now, accessory makers must be getting their products readied, meaning that a trusted online store such as Mobile Fun would have got its hand on the complete list of add-ons, along with their prices.

According to the list that Mobile Fun has put up, it doesn’t seem like the Note 10 will be getting any new accessory as all names look familiar. The list contains different cases such as LED Cover, Leather Cover, Clear View Cover, LED View Cover, Protective Standing Cover, and Silicone Cover. Prices range from £24.99 to £59.99 (approximately $31.69 to $76 using direct currency conversion). All the cases have SKUs for devices codenamed ‘Davinci 1’ and ‘Davinci 2’ which presumably refer to the regular Note 10 and the Note 10 Pro, respectively.

They are available in different color options including Black, White, Blue, Red, Pink, Gray, and Camel. It also looks like the LTE and the 5G models of the Galaxy Note 10 Pro will get the same accessories, implying that their dimensions might remain constant, despite the inclusion of a powerful modem inside one model.

The accessories can now be pre-ordered, but since the Galaxy Note 10 isn’t official yet, we will advise you to hold your horses until August 7, the date on which the South Korean giant is expected to unveil the Galaxy Note 10 series during its Unpacked event in New York.

The highest-end Galaxy Note 10 Pro is expected to sport six cameras in total, including two ToF sensors, one on each side. The beefier version is also going to be larger than the regular Note 10 counterpart, meaning an accessory belonging to one version will certainly not be able to fit in the other device, so make your purchases accordingly.