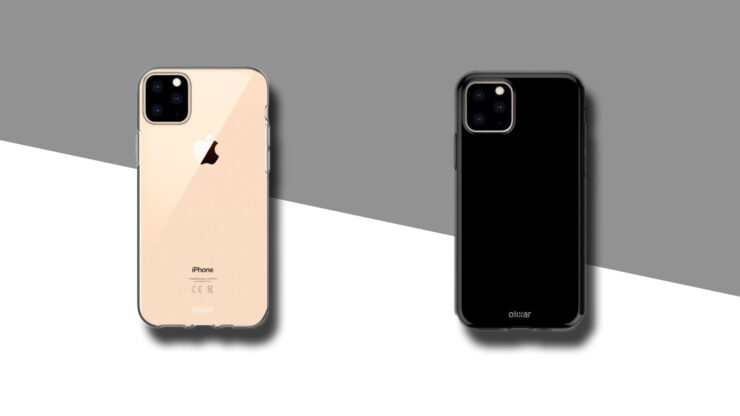 The iPhone 11 Max is expected to succeed the iPhone XS Max, while also sporting a triple rear camera system. Although we still have a good many months to go before Apple releases its 2019 iPhone range, the internet is rife with rumors about the upcoming models. The latest one comes from the UK retailer MobileFun, which has put up images of cases made by Olixar for the successor to the iPhone XS Max, which will apparently be called the iPhone 11 Max, in the color gold.

Looking at the case, it appears that the iPhone 11 Max will indeed have a triple camera system after all, with sensors placed on a square bump as the cases show a large squarish cut out on the back. The sensors will apparently be aligned in a horizontal V-shape, and needless to say, that would look rather odd. Moving on, the renders also show that the mute button now has more of a circular design, and it will move up and down. Lastly, the iPhone 11 Max case renders also seem to imply that the upcoming phablet will offer Lightning connectivity and not USB-C.

Apple has been shifting to the USB-C standard slowly, with the latest recipient being its 2018 iPad Pro range. Unsurprisingly, MobileFun has already started taking pre-orders for the cases, but we wouldn’t advise you to buy them as Apple hasn’t really confirmed the design of its upcoming iPhones. These cases are based on leaked specifications and thus buying them right now isn’t the sanest of ideas. Other case makers such as Otterbox and Incipio do not usually launch their cases before Apple unveils its phones, so it would be best to wait for the official announcement.

Apple’s iPhone keynote is expected to start in September, and we’ll get to know more about these devices, including the iPhone 11 Max, so stay tuned for more details on the matter.