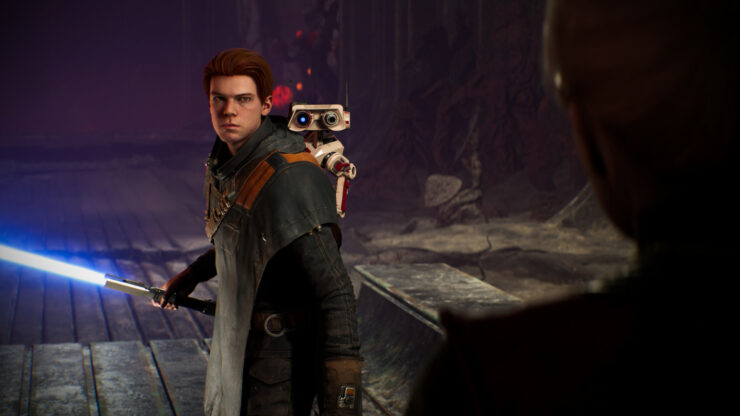 EA Play Live 2021 is just around the corner, but don't expect to see any new Star Wars games there. The confirmation came yesterday through the official EA Star Wars Twitter account, though the message also hints at some kind of news coming next year.

We won’t be showing any new Star Wars games at EA Play Live on July 22nd…but all of us look forward to celebrating with you next year when we share our vision for the Galaxy far, far away!

Even though the exclusivity deal between Electronic Arts and Disney for Star Wars games has expired, EA clearly intends to continue developing titles in the beloved sci-fantasy universe created by George Lucas. Respawn's Star Wars Jedi: Fallen Order was a resounding success, after all; the game recently got a proper enhancement for next-generation consoles, but fans are mostly focused on any news about the inevitable sequel.

EA Play Live 2021 will air on July 22nd at 10:00 am PT / 7:00 pm CET. The showcase won't include any BioWare news about Dragon Age or Mass Effect either, but we will get more information on highly anticipated games like Battlefield 2042 (with the reveal of the game mode developed by DICE LA, recently rebranded to Ripple Effect Studios) and existing updates for the ever-popular Apex Legends.

The show is a fast-paced one, coming in around 40 minutes and will feature what’s next for games like Battlefield 2042 and Apex Legends. You’ll also see the first gameplay for Lost in Random, featuring explosive dice battles, time-freezing tactics and card collection. We’ll have a couple other games to highlight as well, but for those, you’ll just have to wait and see.

Last but not least, rumors abound regarding a Dead Space remake, reportedly in development at EA Motive. It isn't clear yet if that will be shown at EA Play Live 2021, though.