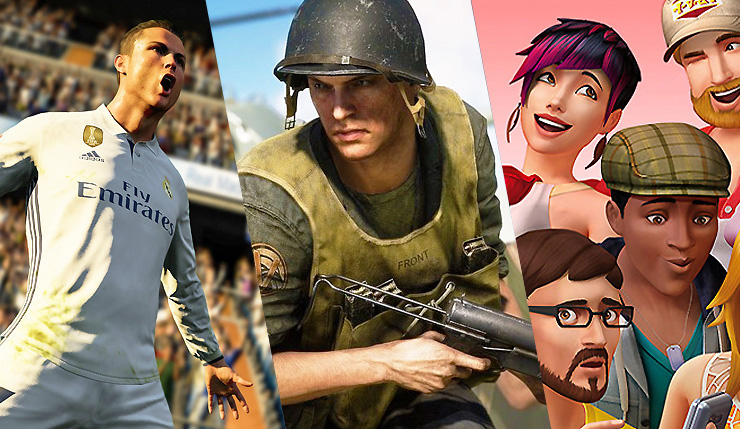 Due to COVID-19 pandemic, most major industry events, including E3 and Gamescom, have had to cancel or change their plans, but most publishers are vowing to carry on with their own digital events. Well, one of those events has been dated, as EA Play Live 2020 will be coming our way in early June. The official announcement was made on Twitter…

Aside from the promise of “world premieres, news and more” we don’t know much about what this year’s EA Play show will entail. It should be mentioned that EA was one of the companies listed as participating in Summer Game Fest, which, combined with the mention of “world premieres,” makes me think the show will probably be produced by Geoff Keighley.

But what games might EA be planning to show off? We know the next Battlefield isn’t coming until FY 2022 (which runs from April 2021 to March 2022), and Dragon Age isn’t coming until at least FY 2023. That said, during their last earnings call, EA promised they had 14 titles coming in FY 2021…

Looking forward to FY 2021 [...] we anticipate live services to be the primary growth driver, followed by the launch of new content across a broad range of genres. We're launching four sports titles, including new games in our blockbuster FIFA and Madden franchises, four other titles that draw from the breadth of our IP, and we'll also publish four titles globally from smaller developers. We also expect two new mobile titles to make it into soft launch. We expect growth to accelerate in fiscal 2022 as we leverage the growing install base of next-generation consoles with the launch of a new Battlefield. This is on top of the launches of FIFA 22 and Madden 22, plus new and ongoing live services and other titles.

Of course, COVID-19 has likely has likely delayed some of those 14 games EA was planning on delivering. If I had to speculate, I’d say EA Play will provide a look at the big Anthem 2.0 update, some Apex Legends stuff, another new project from Respawn or perhaps EA DICE LA, and, of course, the usual sports stuff (which hopefully will include a returning series – NBA, UFC, or Skate perhaps?)