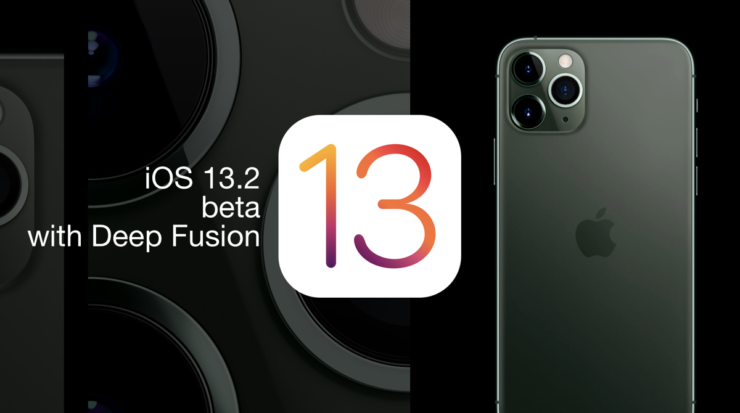 Apple showed off a nice little feature in its iPhone 11 keynote where the newly announced smartphone would snap several photos, stitch them together and you'll be left with an image that's extremely dense in terms of quality. That feature is called Deep Fusion and it is now available for iPhone 11 and iPhone 11 Pro users as long as you are a registered developer with Apple. Yes, that means you have to download iOS 13.2 beta straight from Apple in order to test this feature out. But you already figured that out, didn't you?

Before you do download iOS 13.2 beta or iPadOS 13.2 beta and install it right now, make sure you are testing it out on a spare device, or something that is not your daily driver. Once that is out of the way, please make sure that you have backed up everything safely and securely to either iTunes or iCloud. It's totally up to you which backup method is more feasible for you.

Apart from Deep Fusion, we are certain that Apple has thrown in some other changes into the mix. If there are, we will highlight them in a separate article, so make sure you are on a lookout for that. But for now, it's fairly obvious that Deep Fusion is going to be the big star of the show. It's highly likely that we will get to see the full and final version of iOS 13.2 and iPadOS 13.2 beta released to public later in the month when Apple announces a bunch of new iPad Pro tablets in its much-awaited event.

Again, please install the new beta on a device that is not your daily driver until or unless you are extremely thrilled about testing new features without giving a care about broken compatibility or even bad battery life.

If you are interested in downloading iOS 13.2 beta or iPadOS 13.2 beta right now, then make sure you check out the following links: