Strategy is back. Well, it's been back a while now thanks to XCOM and other games of the genre highlighting to major publishers that they can and always will be money-makers when the game is made right. From success stories like Shadow Tactics to the rebirth of titles like Desperados, and even long-running franchises like Mario or Gears of War making the move, recent years have been good. Company of Crime is looking to expand on this by bringing tactics to Crime.

Well, crime or crime-solving. Company of Crime places you in the position of either a brother and sister crime duo (Ally & Nate) or in the shoes of Scotland Yard, heading up the flying squad. From either side of the underworld, you'll find yourself progressing along with a story that follows very much in line with that of the Kray twins or the Richardson family. You'll start at the eastern end of London, in the 1960s, expanding either your criminal enterprise or positioning regular beat cops in a way to discover more about the expanding criminal empires. 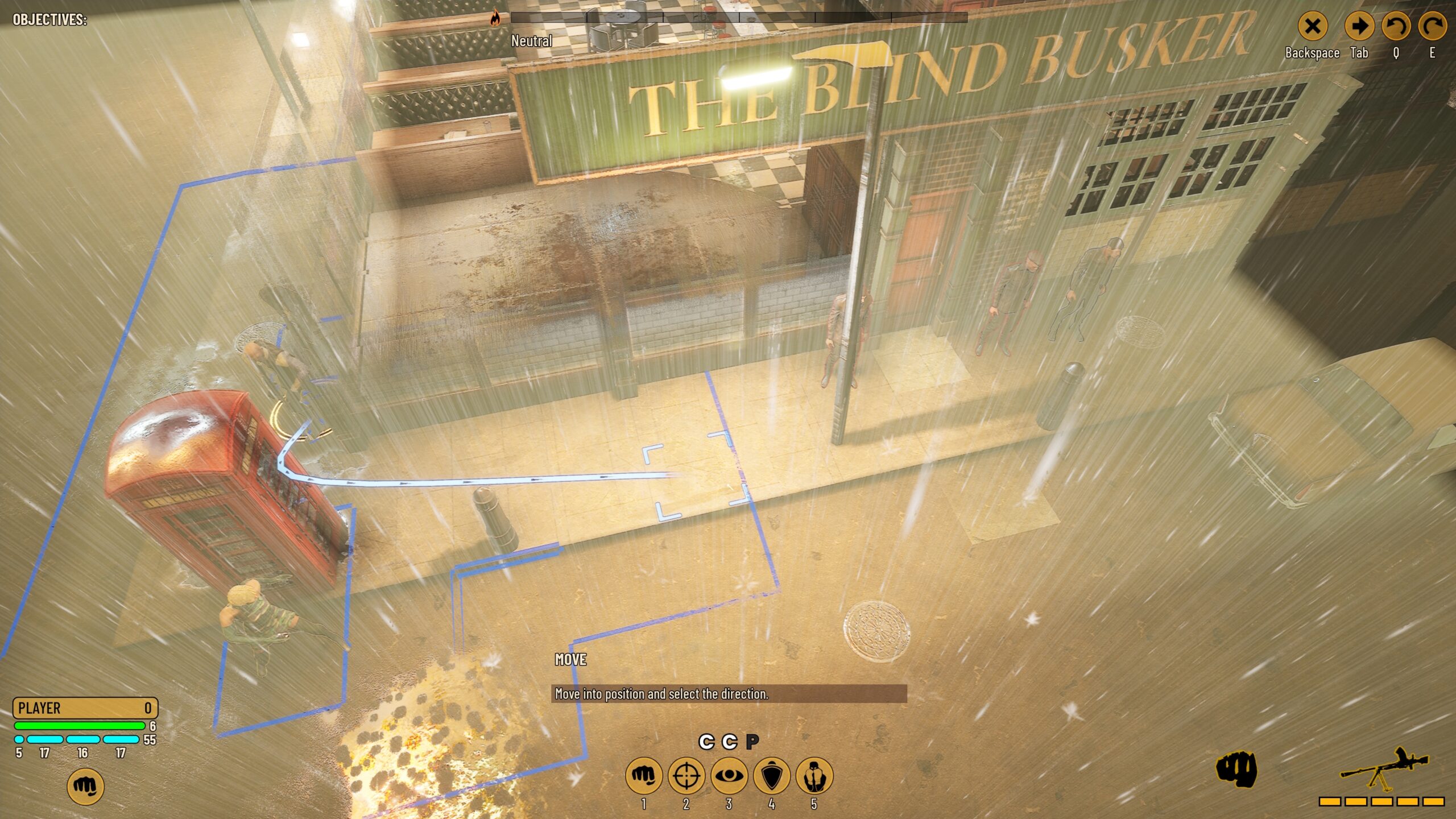 So far, so logical. There isn't a massive amount I know about the story, to be honest. Nor do I want to know too much at this early stage, with the preview event I was invited to being designed to highlight the combat and tactical map more than anything else. What I know and can tell you is that the Krays and other famous criminal elements, such as the Yardies, will be represented in all but name form, this is fictional 1960s London, after all.

What I can also tell you is that towards the later stages of the game will feature some currently nebulous baddie will result in a "the enemy of my enemy, is my friend" sort of scenario. The setting of the game also links into this, with the cold war being mentioned during my preview session with Jussi Autio, creative director of Company of Crime with developer Resistance Games. The whole of the story will boil down to the tagline of the game: Who will take London?

It's how you go about taking London that makes Company of Crime look interesting to me. At this early stage, the game already features a fair amount of detail. From the swathe of businesses that you'll be able to bring into your criminal empire - or takedown if you happen to be Scotland Yard - to the character classes that will make a massive difference to how you work your way through a brawl. 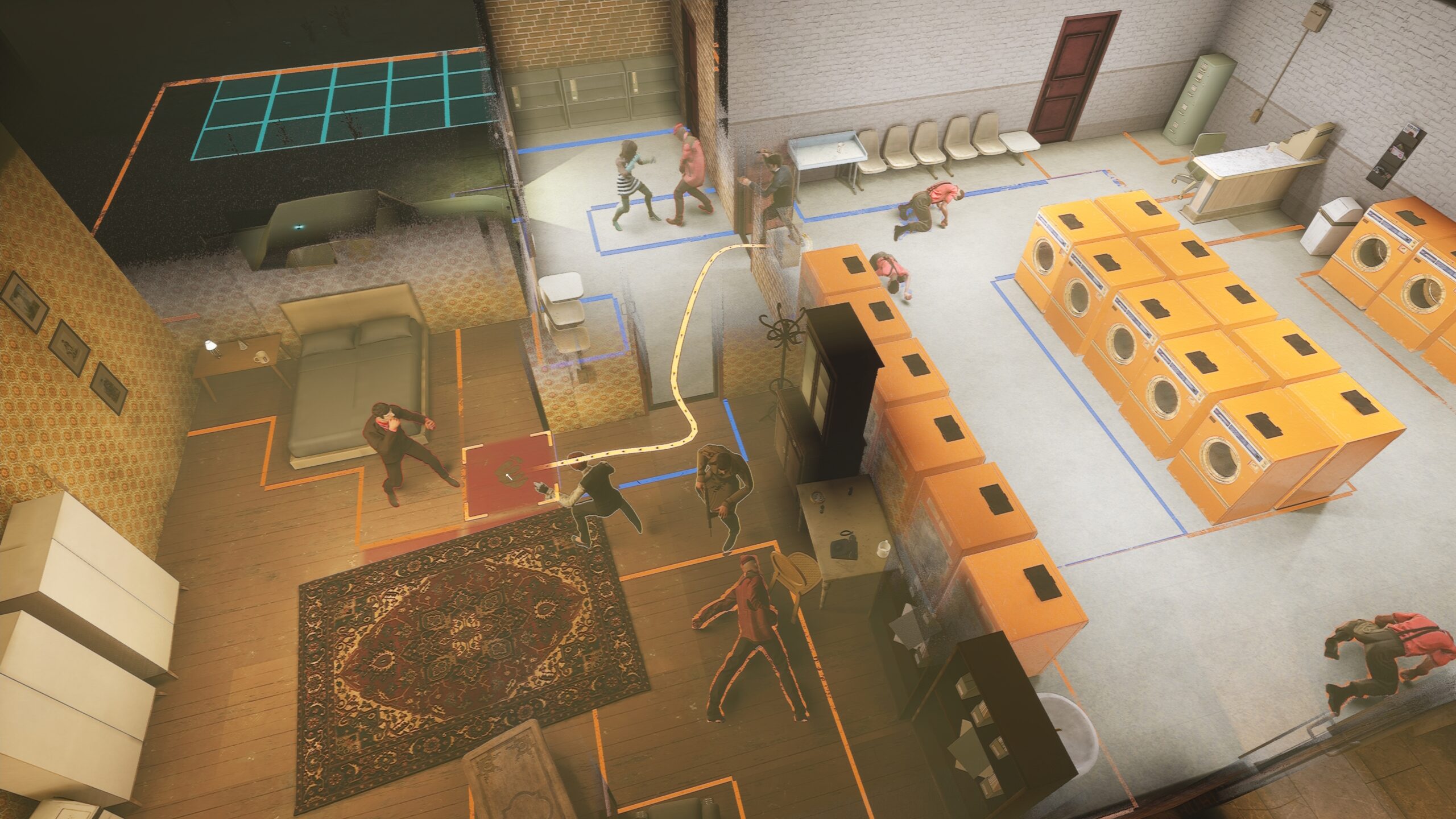 A brawl is exactly what it will be as well because this is 1960s London. Guns certainly did make an appearance and they can here, but the majority of the fighting will be done in a close-quarters setting. If a gun makes an appearance, you can expect the heat to really come down on your head, with heat being a principal component of the game. While you're in a fight, heat will increase each turn, depending on the actions taken and, of course, if civilians have been around to phone the police.

As the heat reaches certain levels, more police arrive and you may need to fight off the early police to buy yourself time or simply make your escape. However, where you have been fighting, there's a chance that evidence has been dropped. Do you risk trying to grab this evidence, lowering the heat your gang has on the overall strategic layer or is it too risky? Your crew can get arrested.

These decisions have to be made in a game that has maps and a combat system designed around being claustrophobic. As fights are close-quarters oriented, you'll find yourself in areas with a lot of tables, chairs, shelving and more, creating choke points. If there happens to be a character in a chokepoint, even if there's a gap to run past, each character has a zone of control where they can swing and hit out at whoever's trying to get past.

Each class will have their own unique abilities and traits, allowing you to work your way through these fights, building up your criminal enterprise as you go along. Well, that or whomever the members of Scotland Yard's Flying Squad are under your command. On the criminal side of things, the four classes I've seen are Bouncer, Brain, Torturer and Smuggler. The police will have their own versions of these classes, essentially the same in all but name. 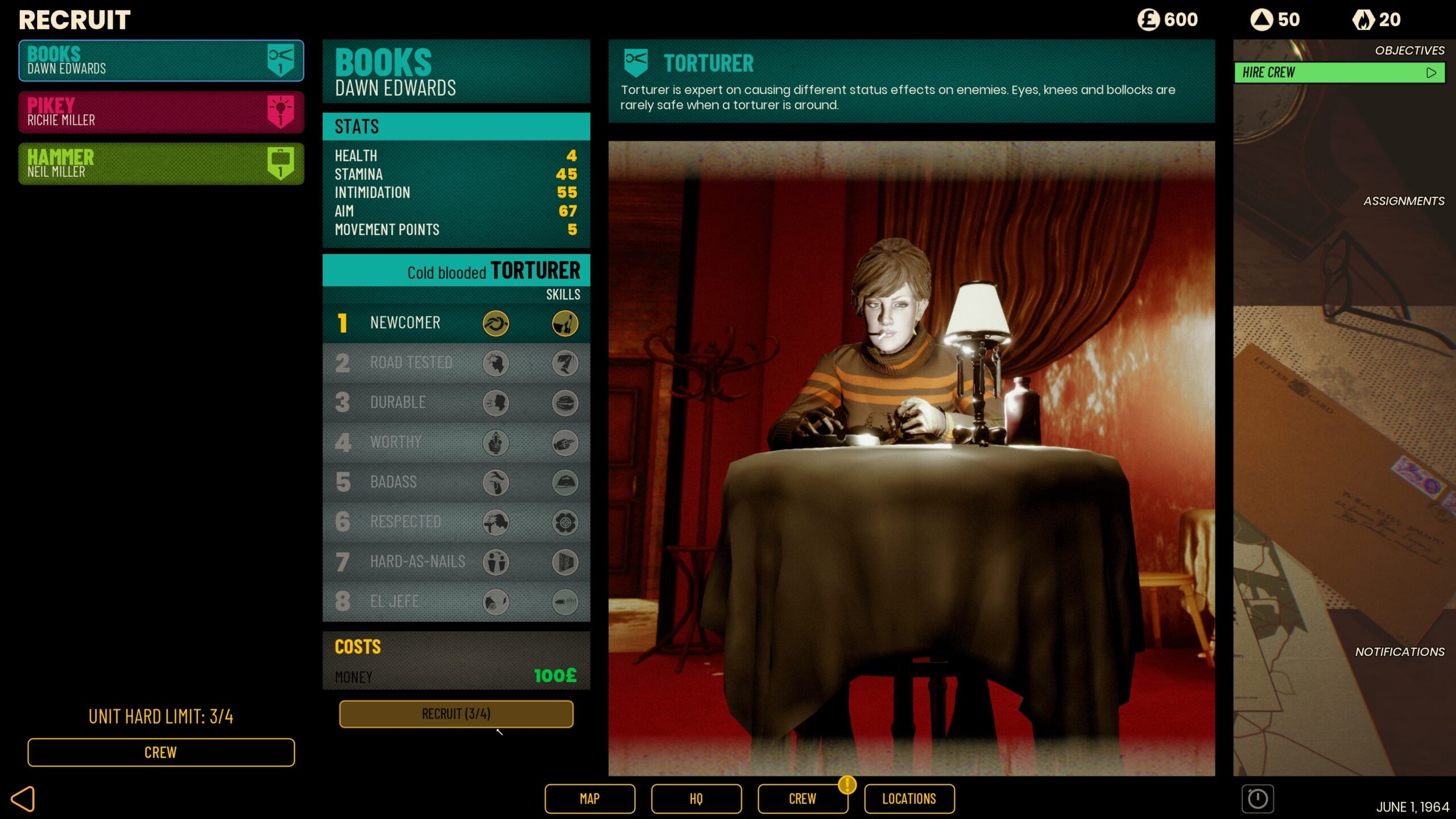 You're going to have to think about your actions, that's the takeaway to be had from Company of Crimes' battle system. If you're on the offensive, which route will you take and how will you get around your enemies with as little damage as possible? Will you hang back and try to get any dropped evidence once the police arrive? Outside of battles, you'll also have a lot to choose and decide from.

From how you level your characters up, choosing their skills, to how you expand and build your criminal enterprises or how you hunt out the criminal elements in London. Looking from the criminal side there'll be a wide variety of businesses to take over, from pubs to laundromats and factories to hairdressers, to name just four, and each will have their own function in helping to boost your empire, with special actions to be taken at the businesses to them simply bringing in cash.

These are early days for Company of Crime and the devs were quite open with that. There were some visible bugs, but at such an early stage this should be expected. What surprised me is just how much of the game's features are already there, with what feels like an already fleshed-out combat system as well as a detailed strategy layer. Company of Crime will be releasing later this year, with only 2020 being confirmed and nothing more solid having been mentioned.