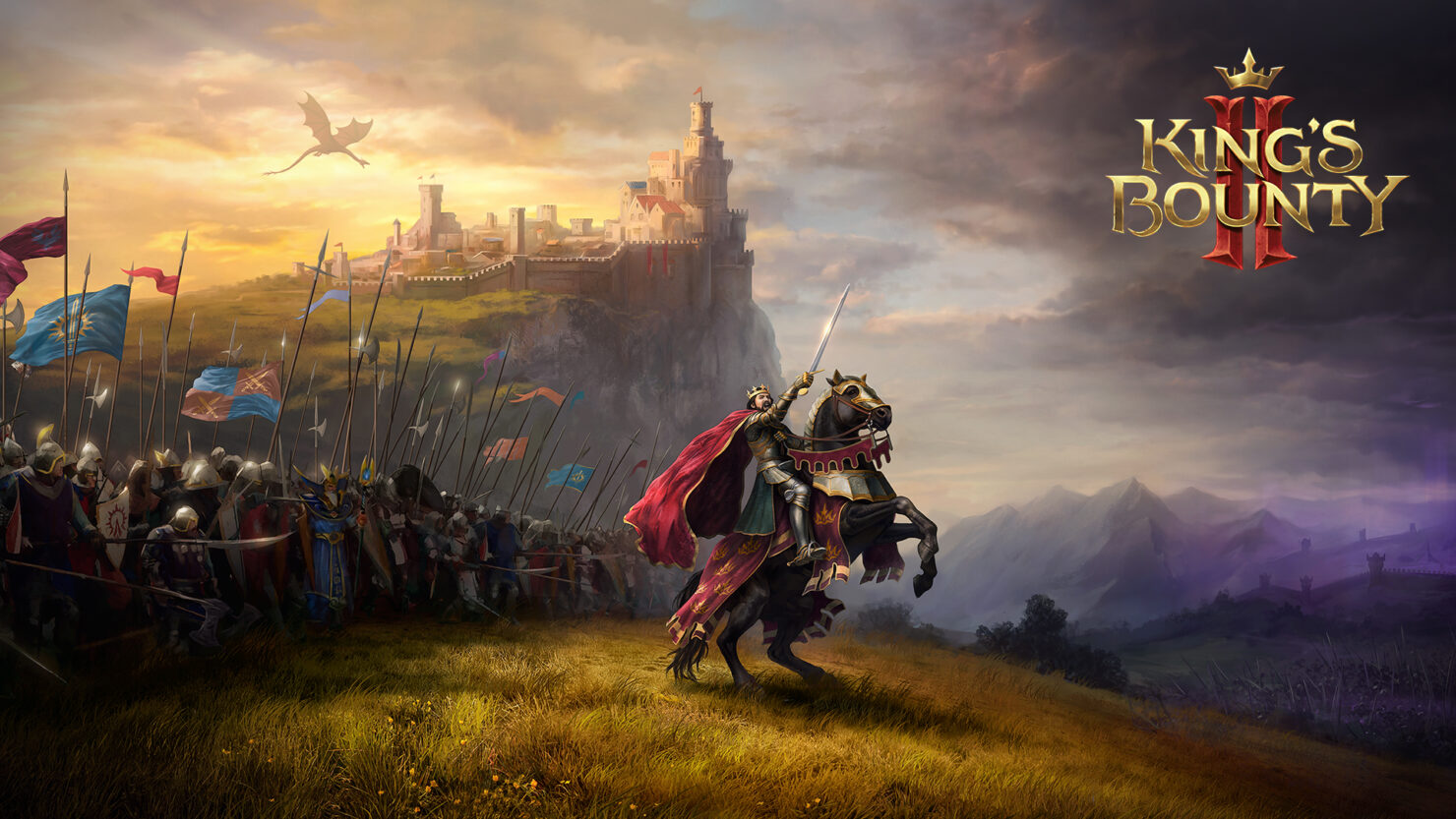 I'm going to tell you a story about my hands-on time with King's Bounty II, which didn't come too long after my hands-off preview of the game. It's a simple story of dyschronometria, leading to lost time, despair and an inevitable sense of doom. Not in the same sense that the repeated lockdowns have caused people, but as a result of one key event, the moment where King's Bounty II thumped out of existence, leaving me looking at my desktop.

Simply put, when I was playing the game, I lost complete track of time. Then at one point, the preview build crashed on me. I had a sense of despair and doom then, wondering exactly how much time I'd lost, considering this was during a seven-hour session. I had lost roughly fifty minutes. I was not happy. Then I came to a realisation, I'd been playing the game for seven hours, I'd lost track of time, and I was genuinely enjoying myself. While the crash was bad, I had to put it into context. This is that context.

The preview build of King's Bounty II provided to me is designed to allow me to talk about the first ten hours of the game. This is a challenging idea to follow because of how a game like this can be played. Ten hours to me, where I can immerse myself in a world and later realise I'm dying of starvation, can equate to about three or four hours to that of a regular person. As such, I'm going to tell you that, like with many large RPG's, this already shows the game will absorb you if you're that way inclined. What seems to help this, above some other open-world games, is density. I've spent considerably more time with King's Bounty II than I already expected, and that's because every area has so much to do, even if it's just collecting chickens.

I've had a few initial thoughts while playing the game. Since a review will be forthcoming when it releases, I don't want to spoil too much. For all intents and purposes, not a massive amount is going to change. A day-one patch and the content of that day-one patch has been revealed, and the fixes of that patch will be as follows:

So what were my initial thoughts? They actually contradict what some of these fixes seem to imply. I've sat back and thought to myself, "This is a pretty game" more than a few times. It is. Now, I've got issues with the camera; it sticks too close to your character, restricting the view you have of the world while you're running around meeting people, looking at comical notes on notice boards and running into battles. I can't think of any good reason because when you're in battle, there's a lot more freedom for the camera.

Of course, that is necessary because, like all King's Bounty games, this is a turn-based tactical combat system on a hexagonal grid system, having your band of units (up to a maximum of five) face off against the enemies band (maybe more than five? I can't say for sure, since I'm certain I've only faced five so far). What I know is that combat feels more tactical than earlier entrants in the series, with far more emphasis on positioning and the land in which a battle occurs.

Where you encounter an opponent on the map is where you face them in battle. It sets up more interesting encounters than earlier King's Bounty titles, emphasising obstructions, height, and a mixture of unit types. Not only types but their alignment, with units of the same alignment getting a morale boost, while a mixture can lower morale unless the right skill is earned. Padding up this is your character's abilities, a character that acts as the general of your merry band of men, dwarves, ghouls, wolves, skeletons, golems, bears and who knows what other creatures you can eventually recruit. The character I chose was a spellcaster type, so I was casting offensive, healing and supporting spells, with one spell per turn allowed until you're adept enough to do more.

It certainly offers a good addition to the game, particularly when you start purchasing scrolls of skills you both already know and ones you want to learn. You can either use the scrolls, not costing any mana, or expend mana to cast a spell that you already know. You also want to save some mana, which seems to be a finite resource, to learn spells from the scrolls once you've learned that alignment tree.

Four alignments, each offering their own variety of skills and spells. That's what I've found in character development so far. It's been said that your decisions also impact your alignment and the progression of the story. While I have seen some decisions (the quest indicating which alignment the decision leads you down), I haven't seen any real impact on your character or how people interact with you. That's not to say it doesn't. With the world's size and what I've seen so far, there's a hell of a lot to come.

It's early days. I would imagine that since 1C have already planned out the day one patch and the game is releasing in around one and a half months, the game is all but complete. These are the final stages and what I've seen, except for a few bugs like falling through the floor or my money going into the negative one screen but not another when I bought an item (double charged me, the thieving git), is positive.

The world seems dense, not being open for the sake of being open, the story extensive and varied, and the combat being engagingly tactical. I've played the King's Bounty series a long time now, and this feels that it could be a genuine successor that expands the scope of the franchise. Coming out on the 24th of August for the PC (Steam page here), PlayStation 4, Xbox One, and Nintendo Switch, there's not long to wait.