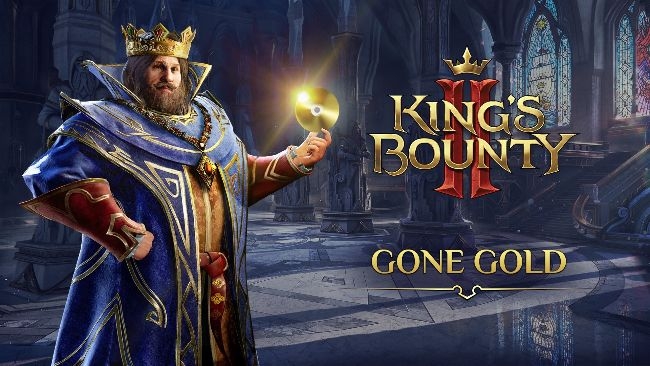 King's Bounty II has had a bit of a trek while in development. From the original announcement in 2019, originally planning for a 2020 release, this got set back for obvious (COVID) reasons before getting delayed again to the upcoming August 24th release date. During this time, you've had two hands-off impressions from both Nate and Myself, with me eventually getting you a hands-on preview of the game.

As for what I thought during that hands-on preview, I had this to say:

The world seems dense, not being open for the sake of being open, the story extensive and varied, and the combat being engagingly tactical. I've played the King's Bounty series a long time now, and this feels that it could be a genuine successor that expands the scope of the franchise.

But we're not just regurgitating things here; we're talking something new. That something is that King's Bounty II has gone gold. The disks are getting printed (hopefully with bugs fixed to avoid a massive day-one patch), and they'll soon be on their way to a digital storefront behind your screen because... disks?

In addition to the news that King's Bounty II has gone gold, 1C Entertainment has released the first official gameplay trailer. Now, it's not the most enthusiastic or breathtaking voiceover, but it shows what you need to know about the game. King's Bounty II is releasing in a little under a month, on the 24th of August, for the PC, PlayStation 4, Xbox One and Nintendo Switch.

Personally, I'm actually looking forward to playing King's Bounty II fully. As for what specs you'll need to play the game, you can find them below: