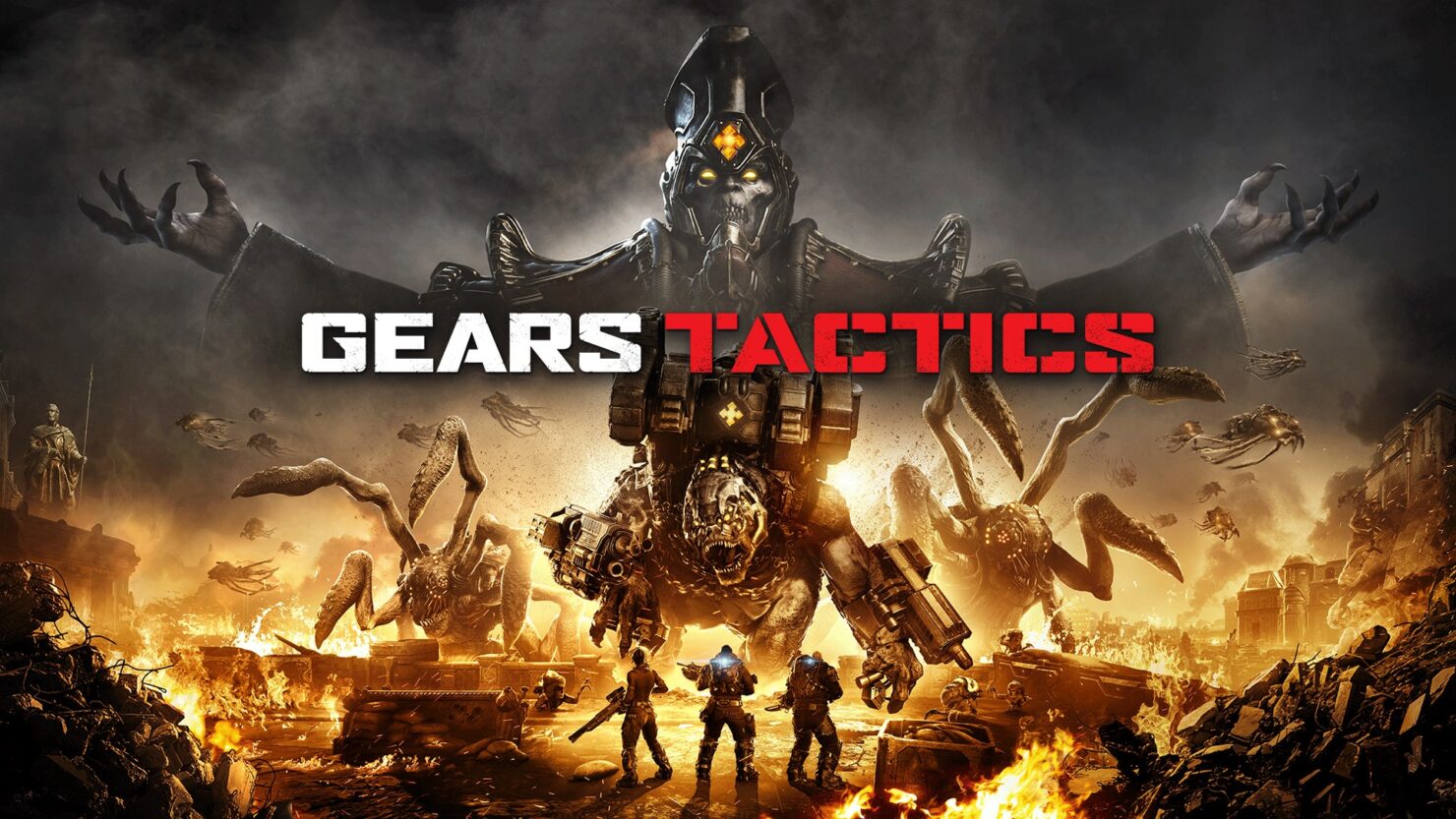 I've never been the biggest fan or proponent of Gears of War. The franchise has never gripped me like it has others. Sure, it's enjoyable enough, big flashy shooty bang bang is all good and fine, but I can't say I enjoy sitting behind thousands of chest-high walls, popping my head up every now and then to take potshots at the enemy. At least I don't enjoy that much in a shooter game, in a strategy game it's a whole other matter. Introducing Gears Tactics, the game that makes the walls worthwhile.

Yesterday I was able to check out a hands-off preview build of Gears Tactics and I've honestly never been as interested in the franchise as now. Set twelve years before Gears of War, you take on the role of Gabe Diaz who will lead a band of soldiers in a fight against the Locust army on Sera. That's the general overview of Gears Tactics, with other story beats best being left for you to find out. Why? This is being designed as a very cinematic game very much in tune with that of the core franchise and the cinematics I've seen certainly fit in with that notion.

From what I've seen, the game looks generally great all around. Everything looks and sounds high quality, something you'd expect from a Gears game. Design-wise, your units looking as burly and over-armoured as any you're likely to find in the Gears universe. Your enemies could have been taken right out of the shooter, from regular foot soldiers like the drones to giant, monstrous, creatures like the Corpser, one of the games large bosses that I got to see in the preview.

The Corpser highlights what Gears Tactics is hoping to be like when bringing the Gears universe to a tactical setting. This is a huge monstrous creature with massive legs that it can use to cause devastating damage to those in front of it. That's precisely what the Corpser does, with this boss battle being shown in the preview. At the start of a turn, a huge red area will appear showing where it will attack at the end of that turn - you're going to need to vacate the area.

Also, in the battle, emergence holes will appear where more Locust soldiers will spawn from. You can set up to cover the area, using skills and abilities like overwatch to take out anything that comes out of there, but you're going to want to close the emergence hole. Once it's open, lob a grenade in and the job's done. The question then is how are you going to go about taking down a massive creature that makes a tank look puny by comparison.

This is where Gears Tactics is looking like it will be a standout entrant to the turn-based tactics subgenre. Much like XCOM before it, this is already showing a high level of tactical nuance. There are enough abilities to let you decide how you want to progress in a battle. Furthermore, in battle, you'll have decisions to make letting you go off the direct route to pick up extra supplies, these supplies being equipment cases that will give you weapon mods and armour to use in between battles.

Fortunately, there looks to have been a focus on the enemy AI. While the shooter games have AI that is very much based on reacting to your actions, here you'll find enemies that try to flank you. Enemies that will be cornering you in, using overwatch to pin your units down while others are setting up a much larger attack. Even on normal difficulty, which was shown to me, the AI seemed more than capable of putting you in a dangerous position and requiring you to genuinely think your way through it.

Naturally, a good level of customisation is what you want in a game like this. Gears Tactics doesn't look like it'll disappoint. Each character belongs to a particular class, with a host of skills to learn and upgrade. In addition to this, characters have several slots for upgrading, from four weapon mods slots to armour slots, preparing them for future battles. Unlike the aforementioned XCOM, you won't find any base building or researching, you'll be upgrading your characters with what you scavenge and earn along the way.

All of this will also visually change your characters as you progress. They'll always look like the general Gears meatheads, but they'll be stylin' and profilin' while fighting the Locust Horde, thanks to customisable colours and more with each piece of armour and equipment. The game looks and sounds great from what I was shown, as good as any TBT game before it and, honestly, I can't wait to be able to break Gears canon by having a big burly bloke in a fluorescent outfit that would make even Ric Flair say "calm down".

How long the game will be, I don't know. What I do know is that Gears Tactics will offer a focused story with a start and end. It has to since it's directly in-line with the rest of the Gears canon and features a major character in the universe. Despite there being an end, you'll be able to carry on with what they're calling veteran mode, letting you retrain your soldiers and enter into a wide number of remixed levels, levelling up your veteran rank. How much these levels will change and be randomised isn't something that was shown, but it'll supposedly offer a large number of hours of extra gameplay.

Gears Tactics has been built from the ground up to work on almost all PC types, from a regular laptop to the best of gaming rigs. As such, a massive range of options and settings were displayed, including a benchmark mode, with the statement being that "Gears Tactics was made by PC gamers, for PC gamers". Gears Tactics will be releasing on the 28th of April for the PC via the Windows Store and Steam and will also be available via the Xbox Games Pass subscription. As for consoles, there's no hard and firm date as to when it will release on the Xbox One or Xbox Series X.