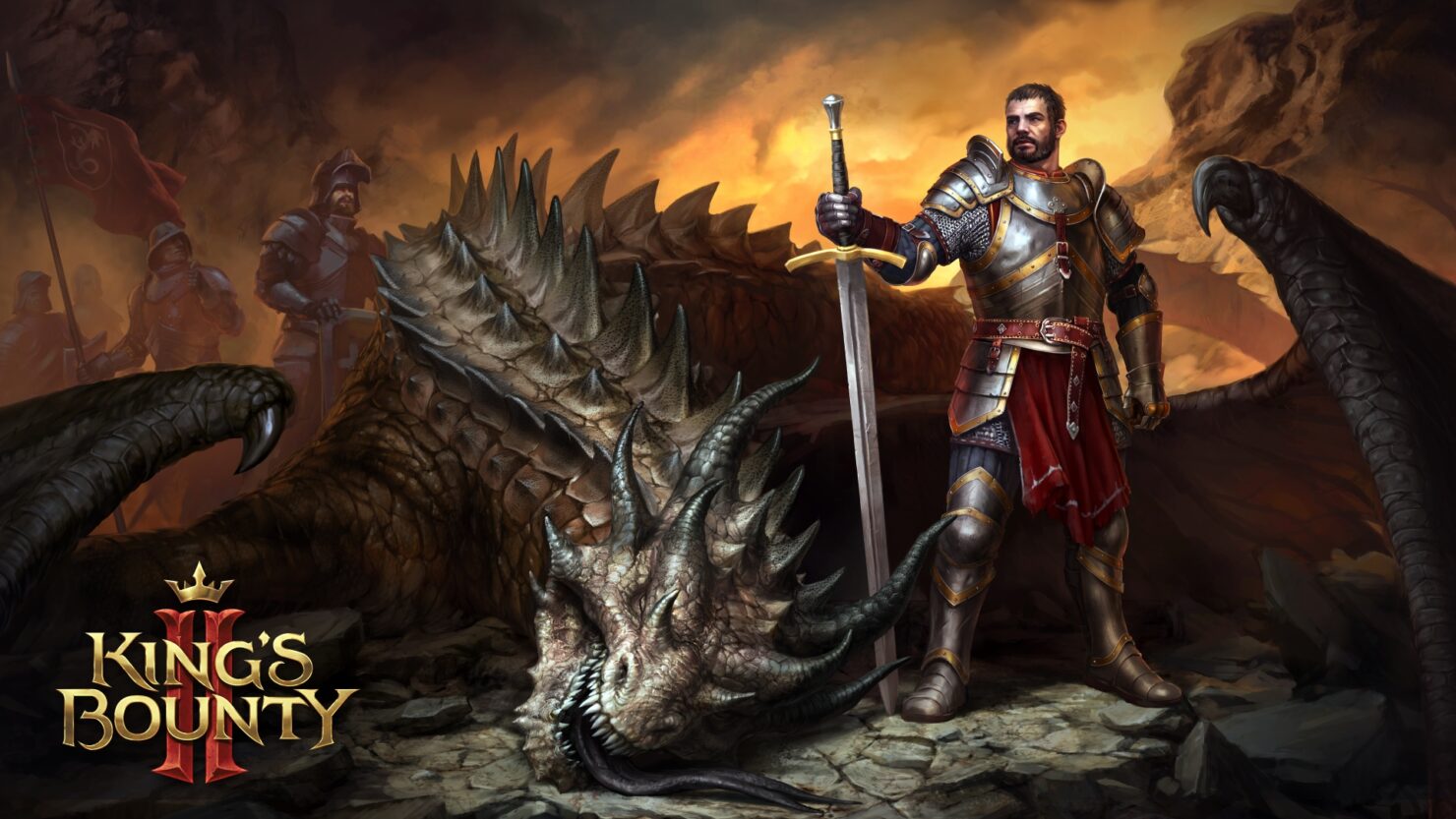 King's Bounty is a significant series in gaming history, whichever way you look at it. Created by Jon Van Caneghem as a tactical venture in the Might & Magic universe (also created by Van Caneghem), it is the precursor to the long-running Heroes of Might & Magic series as the undeniable influence of later strategic RPG's. With King's Bounty II, the series looks to be merging its past with elements of modern RPG gaming. There's no doubt that this is very different from the past.

The turn-based hex grid for the battles is still here. Don't worry about that; the strategy remains. What is different, however, is the presentation of everything else has changed dramatically. Gone is the top-down view. Gone is the aesthetic that, while colourful and reasonably attractive, could have certainly had more detail. Now you see the world from a traditional third-person RPG view. The camera follows you, the general, through an epic fantasy world designed to suit the epic fantasy setting that King's Bounty has always pushed towards.

There's no doubt in my mind that the new perspective and style will certainly push towards this. While it was a hands-off preview, just from what I was able to see, it gives off the impression of a massive, open, developed RPG world akin to that of games like Kingdom Come: Deliverance or The Witcher. From what was shown, the detail doesn't seem to be lacking either. Lush vegetation is overgrowing mountain passes, a river running alongside it. Somewhere else, a medieval-style town is bustling, people getting on with their lives despite the recent conflict.

You've got a huge world. You've got a wealth of characters to talk to, and with this comes choice and consequence. Side quests and particularly the core story will place you in a position of deciding how you solve the overarching issue in King's Bounty II, with the how being decided on the decisions you make, directly leading into which alignment you follow; the four being Power and Finesse, and Order and Anarchy. I'm thinking of the D&D alignment styles here; maybe that's just me?

From what was said and shown, it seems that King's Bounty II is looking to offer quite a bit of variety. The game will feature three different characters, each their own class of sorts, and each of them having their own story to go through. They'll meet and work with different characters, likely seeing the world from a different perspective and, in theory, adding a good amount of replay value to the game beyond the alignment changes and decisions made in just one playthrough.

Now, those who have played earlier King's Bounty titles will wonder how King's Bounty II works in the different classes of your character. This has been a turn-based tactical combat system for a long time, and, in keeping with this, your character is merely a general. Upon entering a battle, you'll choose your units from those you've hired from vendors or obtained from other means. Think of it as a football manager style approach, popping in your best team for the situation at hand, and you're the manager yelling encouragement from the stands.

Only your yells can buff your team and, depending on your alignment and the skills you have unlocked as you level up, seemingly even debuff or damage your opposition. Other skills you unlock as you level up, moving along each of the four alignments, will allow you to personalise your characters skills further. But the interesting thing about these RPG mechanics is that, unlike in games like Mass Effect or Infamous, the further along a path you go, the more difficult - at points impossible - it is to backtrack. Once you're the pope, you don't get to make Satan's moves.

It seems to make for an interesting dynamic, where choices will have some sense of long-lasting consequences. How your choices and alignment will impact the story, that I don't know. It was only a hands-off, but the way this has been shown, and the changes, certainly makes King's Bounty II look like it's truly been pushed forward outside of combat, but what about inside?

Part of what will truly set King's Bounty II apart from previous entrants in the series is the location of combat. I'm not sure how much scope you will have, within the third-person RPG part, to lure enemies into different locations, maybe even ambush them at selected points, but for the first time in the series, the area of the map you meet an enemy is where you will fight them. It seems strange to have to promote, but it's a big change for the series, and it should help increase immersion.

When you meet somebody in a castle, begin a fight, you expect to be in an area with high ground and other obstacles to consider. This will increase the tactical aspects of King's Bounty II a great deal. At least it should. You'll judge the area you're fighting in and choose the units needed for that fight. A large variety in altitude and only narrow passes? Get your ranged units out. A lot of open space? Melee and others, giving you a chance to flank and pin down your enemies. It expands the level of tactics the game has featured in a limited way in the past.

Though far from important, one other slight change is a push to make King's Bounty a little more realistic in the representation of units in combat. You'll still have your magical units, your demons, vampires, ghosts, and all manner of fantastical creatures and beasts. What I'm talking about is quantity. Before, you could have a hundred archers represented on the hexagonal tile by one bloke with a bow. Now, if your unit has ten archers, you'll see ten archers. You will find that some units have small caps, though 1C should logically balance all of the units.

The most annoying part of this preview is that I'm likely going to be able to do a hands-on in around a month, if not earlier. So it does feel like a way to tease me, more than anything else. The other thing is, while writing this preview, I've called it King's Quest II more than a few times. These aren't really important; I just wanted to tell you. The other thing I want to tell you is that King's Bounty II is coming out on the 24th of August, and you can find it on Steam now. We don't have too long to wait to see if it all works well. I'm looking forward to finding out.