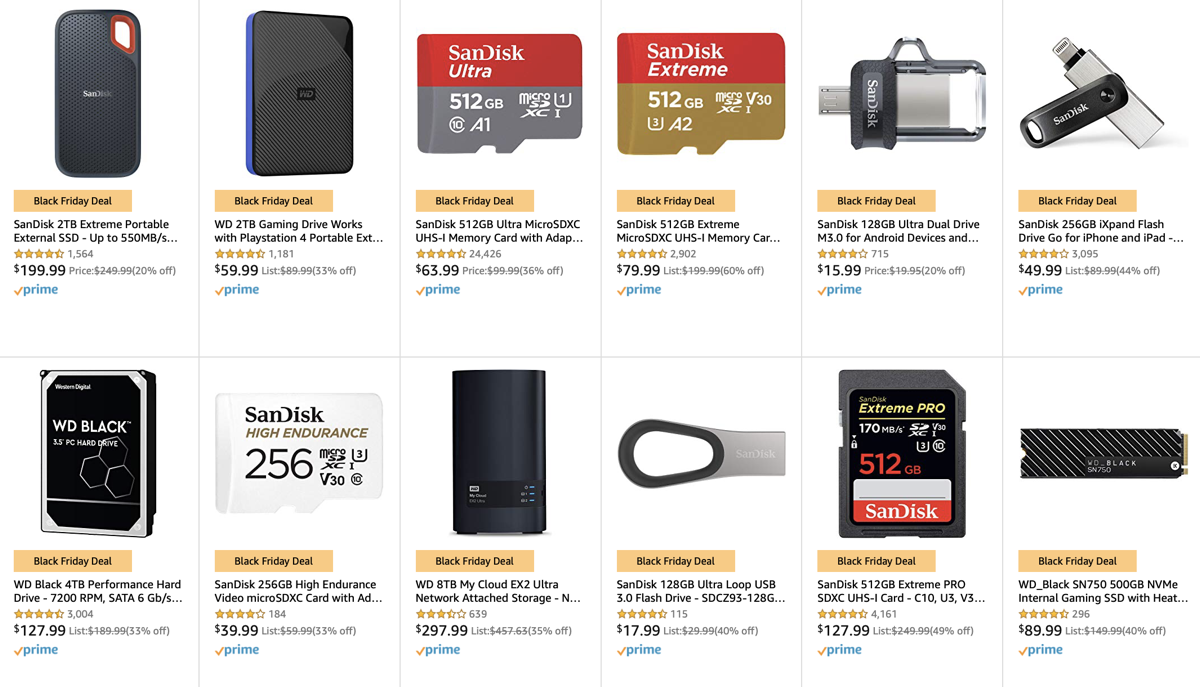 SanDisk and WD have brought in their A-game when it comes to Black Friday 2019 discounts and offering up to 60% off on memory-based hardware.

Save up to 60% on Legendary SanDisk and WD Hardware this Black Friday 2019 - The Sale Starts Now!

Rather than talk about what's on offer, let's dive into the list itself. Make sure you don't max out your credit card on this stuff as there are a lot of deals out there today!