ASUS ROG STRIX II LC, an all-in-one cooling unit that was developed as a collaboration with Asetek, has recently come into the spotlight again due to their recent compatibility with Intel 12 generation Alder Lake LGA 1700 Desktop CPUs

Website Xfastest provided pictures of the updated packaging that shows that the kit is relabeled to show the Intel compatibility.

In addition to the original LGA 115X, 1200 and AM4 fasteners, the internal accessories of the radiator also provide the back plate, support screws and mounting brackets used by the LGA 1700. This set of fasteners supports sizes of 78 x 78 and 75 x 75 ; This means that in addition to the LGA 1700 support for this set of buckles, the next generation of pins seems to also support it. 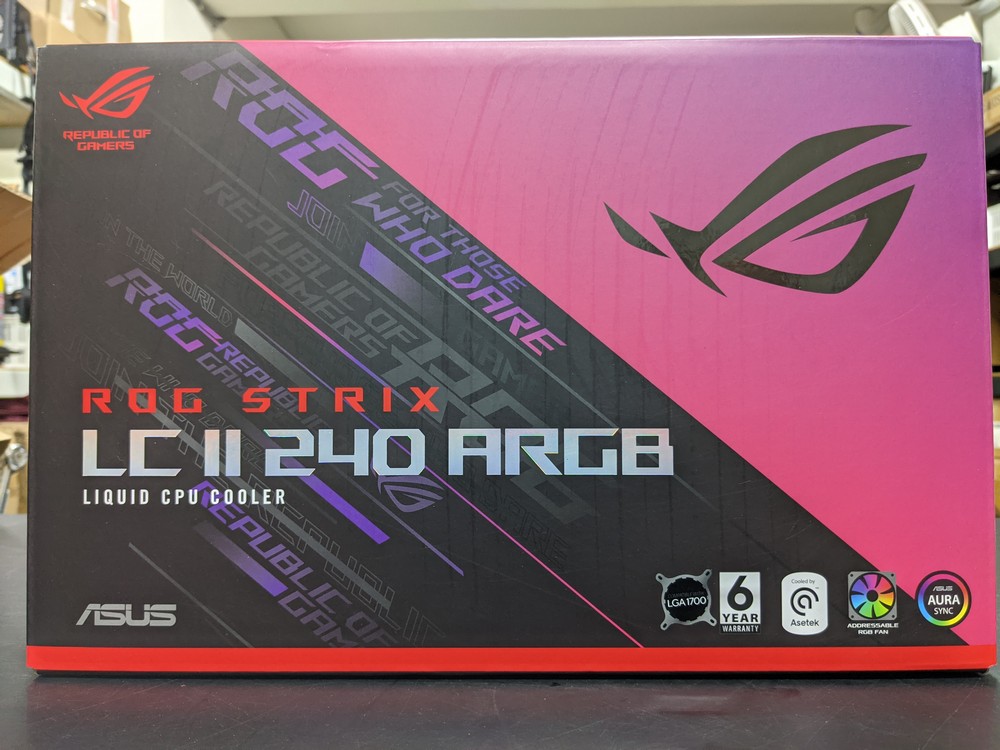 Asetek utilizes the same kit, and because their coolers are used for other brands, it makes sense that they would be compatible with the Intel chipset. Secondly, the fasteners for the kit appear to be adjustable between 75mm to 78mm. Intel has rumored to possibly changing the size of the LGA 1700 sockets in the future, which means more compatibility. So, even though AMD is releasing its new LGA 1718 socket for its AM4 platform, this specific kit will apparently not be utilized by that.

It is reported that the soon-to-be-released ASUS ROG Maximus XIV motherboards utilize the Intel Z690 series chip architecture, which is expected to launch by the end of 2021. This will appear before the B660 and H670 chip series.

Because the kit is a new addition to the ASUS ROG STRIX II cooler line, it is possible that some consumers will not have the kit in their product packaging. ASUS is expected to alleviate this problem by providing a way for customers to request or apply for the additional kit should they not receive it. Do note that other manufacturers such as MSI have also announced full support for LGA 1700 Socket CPUs on their AIO liquid coolers.