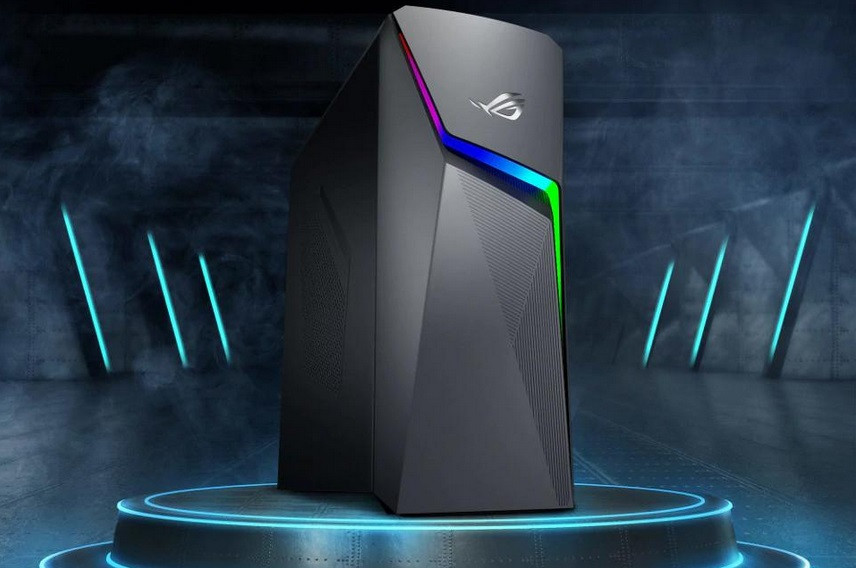 ASUS from it's Republic of Gamers branding, today announced the Strix GL10CS gaming desktop, which fits full-size power into a compact 27-liter case that uses futuristic armor and ROG's obsession with looking like something out of Halo.

Customizable Aura Sync RGB lighting can be controlled from Armoury Crate, a single utility that provides all-access configuration and monitoring of the GL10CS. GL10CS is equipped with up to a 6-core 12-thread Intel Core i7-8700 processor, capable of handling multiple concurrent workloads such as gaming, streaming and running voice communication for teammates. With up to 32GB of DDR4 memory, GL10CS effortlessly switches from productivity tasks to more demanding workloads provided by multi-threaded applications used by content creators.

The NVIDIA GeForce GTX 10-series GPUs supply the pixel-pushing power for GL10CS. With up to a NVIDIA GeForce GTX 1060 graphics card with 6GB of video memory, this may be dissapointing for those who are looking for something packing the 20 series RTX cards, but I would think this is about hitting a certain budget point.

For storage, GL10CS comes with up to a 512GB M.2-based NVMe SSD, providing ample storage capable of loading games and applications very quickly, this sort of seems confusing considering someone looking for gaming performance would want the GPU to go a bit higher than the 1060. For larger game libraries or storage needs, GL10CS is also available with a 1TB 7200rpm mechanical hard drive. Furthermore, this drive can be used with Intel Optane Memory, which caches frequently accessed data to reduce load times and improve responsiveness.

Gigabit-class networking is delivered in two varieties in this desktop. The gigabit Ethernet connection at the back provides gamers with a low-latency wired connection for when a millisecond is the difference between spawning yet again or being the newly crowned champion. It also offers blazing fast Wi-Fi speeds thanks to Intel's 802.11ac Wave 2 Wi-Fi card, supporting 2x2 MU-MIMO and capable of greater than gigabit speeds when paired with a compatible router.

the desktop comes equipped with gamer-friendly features and customizations. The unified Armoury Crate software provides quick and easy access to all parts of GL10CS. There are multiple available profiles available that strike different balances between performance and noise, allowing users to easily cater to their environment and preferences. The diffused RGB glow that cuts across the front of GL10CS can also be customized in just a few clicks, choosing colors and effects with the capability to synchronize with other Aura-compatible peripherals such as keyboards, mice, and headsets.

The GL10CS Will be hitting store shelves sometime in Q1 2019, and pricing was not specified.