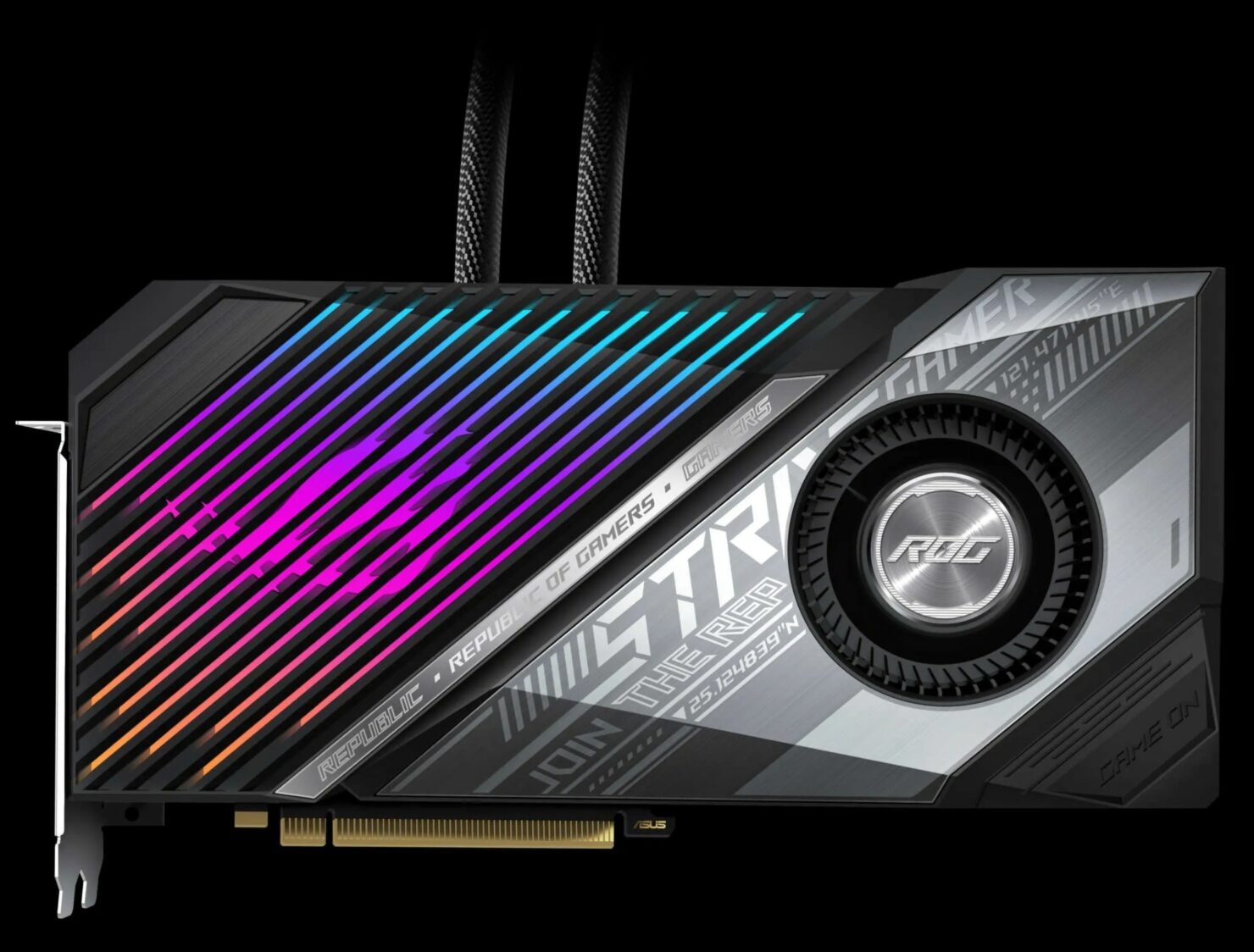 The ASUS ROG STRIX LC Radeon RX 6900 XT TOP is a full-on liquid-cooled design that makes use of the ROG STRIX Radeon RX 6900 XT PCB but couples it with the power of liquid cooling. The liquid cooler features a 240mm radiator that has braided tubing leading to a custom pump model that has been designed specifically for the Navi 21 "RDNA 2" GPU. The shroud on the Radeon RX 6900 XT ROG STRIX LC card itself is gorgeous with a stunning display of ASUS's AURA SYNC RGB lighting and a futuristic shroud design. The shroud also comes with a blower-style fan that will blow air through the internal chassis of the graphics card. 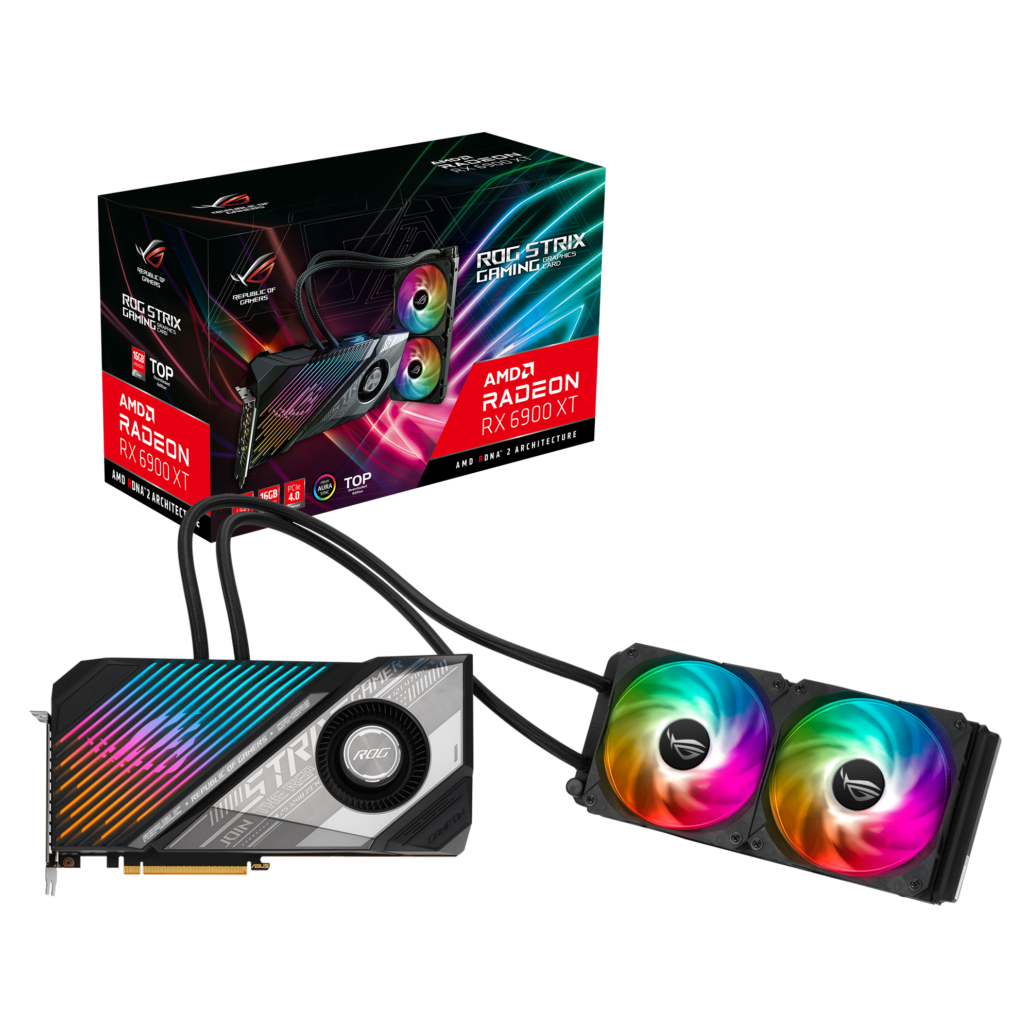 As for the internal chassis, a large cold plate is said to cool both the GPU silicon and GDDR6 VRAM featured on the PCB. The graphics card is definitely going to be a standout design for the Radeon RX 6900 XT graphics card, offering a premium cooling design for a hefty premium. The card will be powered by a triple 8-pin connector configuration.

As for clock speeds, the updated AMD Navi 21 XTXH silicon pushes the game clock to 2375 MHz and the boost clock to 2525 MHz. That's a 240Mhz increase in the game clocks and a 160 MHz increase in boost clocks versus the standard ROG STRIX LC variant which is impressive. The card still doesn't come close to the Sapphire Radeon RX 6900 XT TOXIC Extreme which boosts up to 2.7 GHz but that's made possible thanks to a 360mm AIO cooling compared to the 240mm rad on the ROG STRIX LC. Expect the card to cost over $2500 US when it hits retail shelves.