Apple iPhone 7 To Feature OLED Displays With No Home Button

Even though its nearly a year until Apple launches the next generation of its iPhones, reports about the device's alleged features have already started to surface. Known for playing around with things when it comes to its devices, leaks related to the Cupertino manufacturer are generally very diverse in nature, with many sources speculating or claiming to have information about some very innovative upgrades indeed. 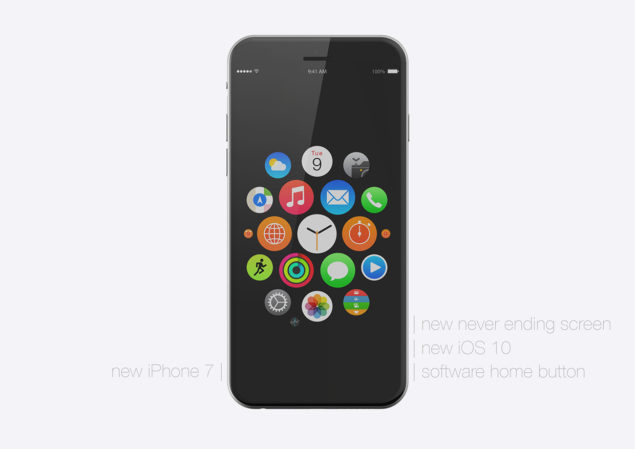 Apple iPhone 7 To Feature OLED Screens With No Home Button

Today, some news fresh out of Korea claims that Apple and Samsung will once again be in the cohorts for the iPhone 7. After the Korean manufacturer was involved behind the iPhone 6s/6s Plus' processor this year, next year Apple might be making a critical upgrade to the iPhone that many users have been clamoring for quite a while.

This year's iPhone launches from Apple came with their fair share of upgrades and new features on board. In fact, apart from overall design aesthetics, the devices can be said to be completely different from their predecessors - starting from manufacturing materials to critical specifications and features. Not only do the iPhone 6s and the iPhone 6s Plus feature camera upgrades after a long time, they also come with new features such as 3D Touch, a stronger chassis and improved Touch ID recognition.

Now, according to Korean news sources, Samsung will be providing Apple with OLED displays for the iPhone 7 - which will mark another long overdue upgrade to Apple's flagship smartphone lineup. Cupertino hasn't upgraded the display in its devices for quite a while now and looks like with the introduction of OLED display, Apple will also be doing away with the home button on the iPhone - a feature that has been in the rumor mill for quite a while.

Aside from the obvious impact that this will have on Touch ID recognition for the device, if true, then next year's iPhone could be a very strong launch from Apple indeed. It'll mark the introduction of yet another new feature in smartphone and as time passes, should no doubt also be integrated into other devices as well. Given the time remaining until the iPhone 7's expected launch date, today's news makes for little more than some interesting food for though.

We'd be ready to settle for a simple display and resolution upgrade from Apple, but the company's known to take a look at things in a unique manner. Thoughts? Let us know what you think in the comments section below and stay tuned for the latest.