When it comes to Apple products, the talk of the town these days are the upcoming iPhone 6s variants from Cupertino. Having seen countless leaks so far, we have a fair idea of what to expect this September from Apple and the roster's filled with features such as Force Touch, a camera resolution/feature upgrade and an all new SoC. But while the iPhone 6s duo might be coming in just more than a week, looks like Apple's already started to prepare for the iPhone 7. 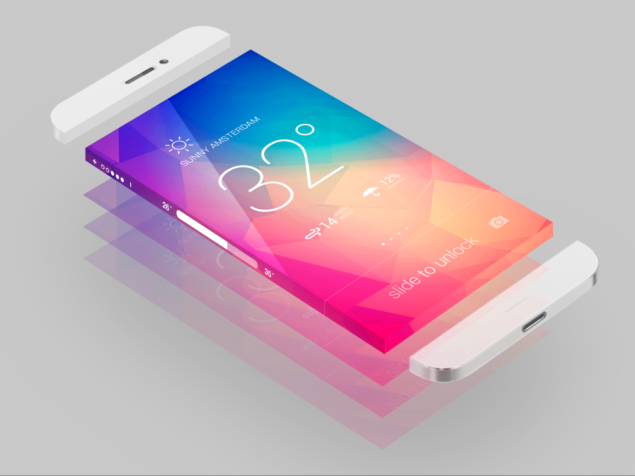 Apple To Eliminate Metal From The Equation On The iPhone 7, Claim Sources

Even though the smartphone world has just recently started to capitalize on metal as the choice of material for top tier devices, looks like Apple's already got plans to take things to a different level. Known for the mantra of 'Think Different' coined by its co-founder Steve Jobs, Apple's now looking to utilize other materials into its flagship smartphones according to some Chinese supply chain sources.

While Apple's faced a couple of problems in the materials segment, with last year's Bendgate fiasco of the iPhone 6 Plus still remotely fresh in everyone's minds, according to rumors so far, this year just might be different. Apple's reportedly going to launch the latest iPhone 6s with 7000 series Aluminum, that manages to bear nearly 3 times the load of the iPhone 6's aluminum.

As far as materials go for the next generation of the iPhone, supply chain sources have failed to elaborate further on the matter. Apple's already experimented with glass, plastic and metal on its smartphone lineup, so we're really left to wonder about what will the iPhone be coming with after the 6s launch this September?

The company's already signed several interesting patents so far that cover the likes of ceramic and liquid metal. Or has Apple finally managed to make glass strong enough to withstand drops and other stress factors? Only time can tell, and given that it's more than a year since we get to lay our eyes on the iPhone's generational upgrade, there's plenty of time for more information and leaks to surface on the matter.

For now, stay tuned for the iPhone 6s launch due to take place this September and let us know what you think in the comments section below.