Android Marshmallow to be Available Next Week – Focus on Battery Improvements

Announced at Google I/O earlier this year, Google has talked about the new features of the next major iteration of Android, the Android 6.0 Marshmallow. The new operating system version is an iterative update foregoing any drastic visual changes and focusing more on under-the-hood improvements and performance. 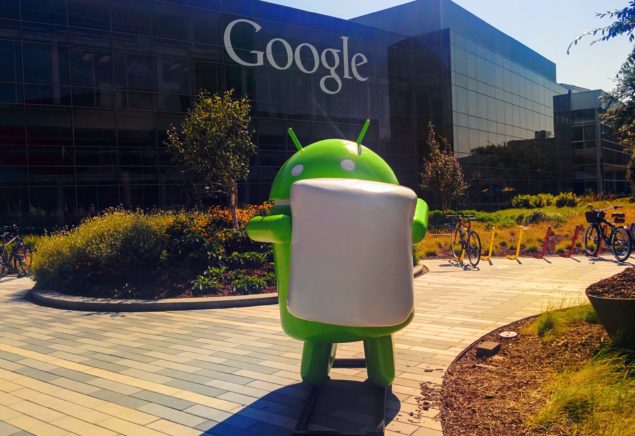 Android Lollipop introduced major design overhaul with Material Design being its building block. Working further on that, Android 6 Marshmallow now aims to optimize the Android experience by focusing more on individual features and different corners of the OS. These refinements include granular app permissions, highly enhanced power and charging improvements, deeply-integrated fingerprint sensor, and Now on Tap, among other features.

Android 6.0 Marshmallow developer previews have been with us for a few months now and Google seems to be ready to push out the final OS versions to the Nexus devices. Earlier leaks via Canadian mobile carrier Telus suggested that Android M is going to start rolling out on October 5th and Google's announcement today seems to agree with that date.

At today's event, Google talked about how the new Nexus devices carry fewer preloaded apps cutting down on the bloatware. Over a quarter of these apps are "post set up," which means you can uninstall them whenever you want to.

Android 6 Marshmallow also lets you voice search right from the lock screen which you can swipe in from a corner to launch. As expected, Google also talked a little about the new charging improvements as the new OS now includes a charging indicator that tells you if you are in fast-charge mode and how long until your device will be charged. Google also terms its new battery improvements as the "biggest breakthrough to date" of the company as Marshmallow now comes with a new Doze mode. This mode shuts down the apps, making the average battery life last 30% longer.

"When your device is at rest, Doze automatically puts it into a sleep state. So your phone can still set off your alarm in the morning even if you forgot to charge it. Phew!"

While Android 6 does not carry a huge visual makeover, the biggest new feature possibly is the new Now on Tap that lets Google's search engine scan deep into content and within apps to provide you with more accurate information. You will also be able to ask Googe Now for information in contextual ways.

We have also been talking about the granular app permissions since the announcement of the new OS four months ago. The new app permissions give users more control over what data, apps have access to. You can approve or deny access to camera, location and other features on a case-basis, very similar to how iOS handles the permissions.

Google's Android 6 Marshmallow will officially be released to the Nexus 5, 6, 7, 9 and Player next week, as was leaked earlier.

#AndroidMarshmallow will begin rolling out to Nexus 5, 6, 7, 9 and Nexus Player starting next week.