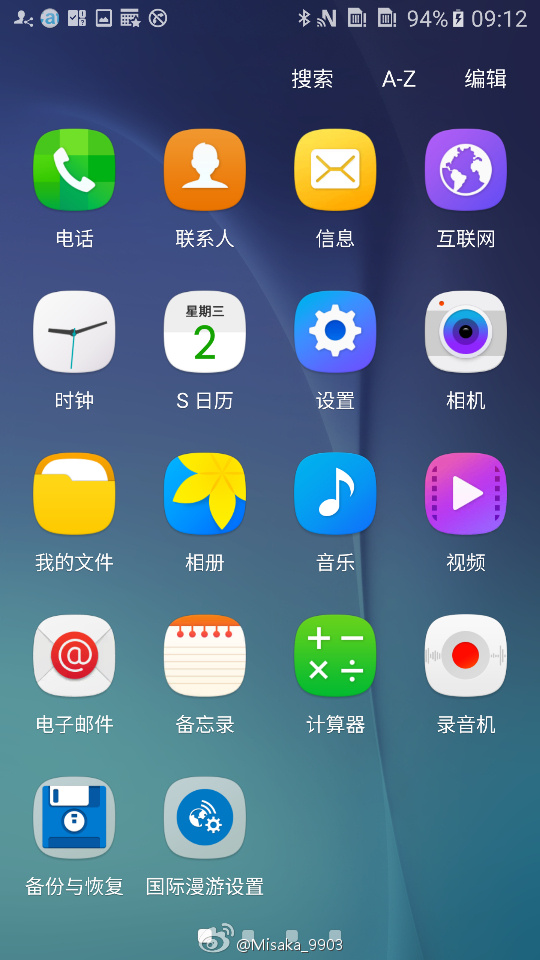 We also saw similar leaked screenshots for the Samsung Galaxy Note 5 bringing flatter TouchWiz interface to the phablet. With these latest images, it reaffirms that Samsung is finally adapting the flatter, cleaner look of Material Design launched last year with Android 5.0 Lollipop. Resembling Google's new design, Samsung users will too now experience the new looks without having to root their devices and install custom ROMs. Samsung has reportedly also done away with the drop shadows, 3D effects and gradients. Apple and Google both introduced colorful, cleaner looks promoting flattened design with their respective operating systems. Since then, Android phone makers have also started to introduce these looks doing away with shadows and 3D effects. While it took Samsung quite a long time to bring these new looks into its own TouchWiz, seems like we are finally getting there.

We are still a couple of months away from the official roll out of Android 6.0 Marshmallow for Samsung Galaxy S6. However, reports claim that the device will now sport a rehauled TouchWiz UI that looks very similar to the stock Android, experienced in Nexus devices.

Samsung Galaxy S6, S6 Edge and S6 Edge+ will all receive the new Marshmallow updates in January 2016, according to a leaked roadmap. Updates for the Galaxy Note 4 and Note Edge are planned for February. However, Samsung Galaxy Note 5 will be the first of the Samsung devices to get the sweetness as it is pegged to receive the new operating system version later this month.