The build number for the Android 10 update is G97*U1UEU2CSKP. It comes with the December security patch  and is about 2GB in size. It is available for the Galaxy S10e, S10, or S10+ and should be available now. To trigger it manually, head over to the Software update menu of the phone’s Settings app and manually check for an update. 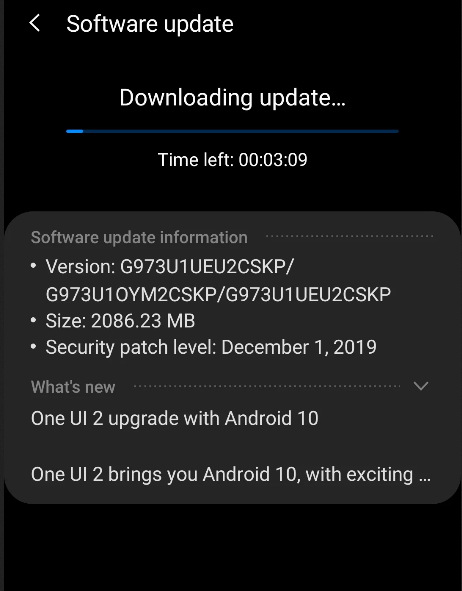 Unlike its predecessor, Android 10 made its way to carrier-unlocked devices relatively quickly. Time and again, owners of unlocked devices have had to wait for at least a month or two before they received a major software upgrade. It's good to see that Samsung is working on quicker updates for all of its flagships. 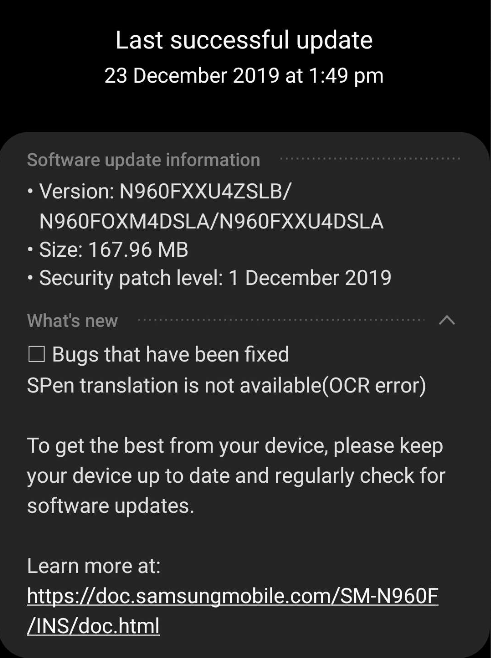 The Samsung Galaxy Note 9 series' One UI 2.0 beta program has been going on for quite some time now. It appears that the program is near completion, looking at the latest beta update, which includes just one bug fix. The new beta fixes the issue of translation with the S Pen not being available. The software version is N960FXXU4ZSLB and it is about 168 MB in size. It will be available over the air for users enrolled in the One UI 2.0 beta.

Beta software is usually very unstable at the start, which is why we see a laundry list of bugfixes in the initial stages. It shouldn't be long before a stable build makes its way to beta testers. An early January rollout seems entirely likely now, considering that the Galaxy S10 and Note 10 series are already on Android 10.

We've seen companies delay software updates by weeks, and even months. Samsung, on the other hand, is well ahead of schedule and has successfully managed to deploy Android 10 a few weeks early. All we really need now is Android 10 for the Galaxy S8 series, and we're set.