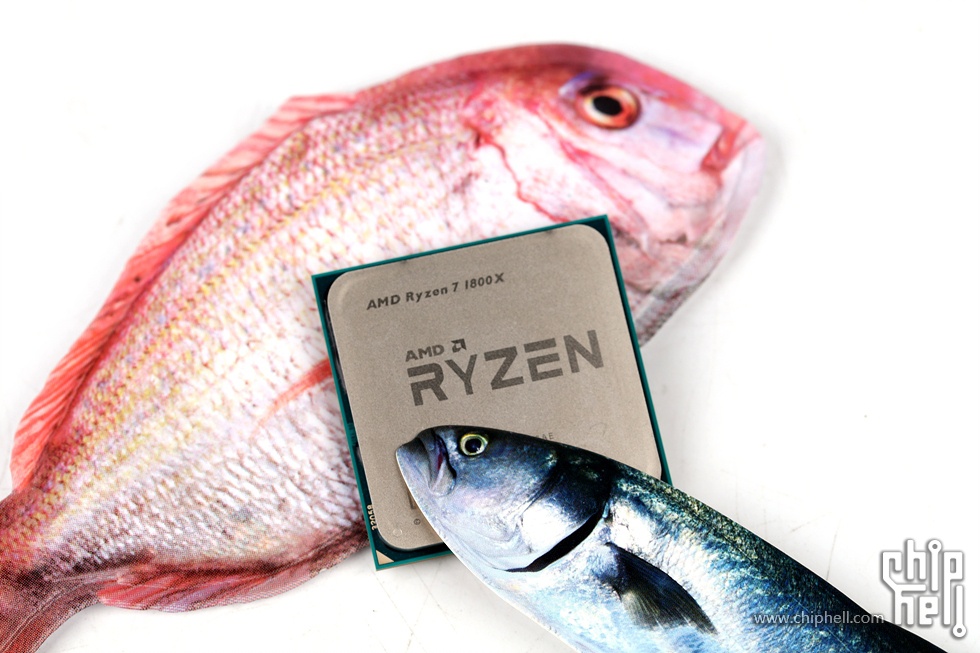 We are just a few hours away from the official AMD Ryzen launch and the Ryzen 7 1800X review has leaked out. The review covers all CPU performance benchmarks against Intel's fastest 8 core and the mainstream 4 core processors.

AMD Ryzen officially launches in less than four hours so this would be the final leak before we get to see the reviews of AMD's latest processors. The review covers the various performance and power aspects of AMD’s Ryzen 7 1800X processor which is a high-end product aimed at the enthusiast market. The chip costs $499 US and the specs you get for this price are quite insane.

For the price, we get an 8 core, 16 thread processor that is clocked at 3.6 GHz base and 4.0 GHz boost clocks. We additionally get an extra 100 MHz out of this chip with XFR (Extended Frequency Range) that allows the chip to boost beyond its rated precision boost clock speeds. The chip features 16 MB of L3 cache and 4 MB of L2 cache. The whole package comes in at 95W TDP. The chip comes with an unlocked multiplier, allowing users to clock this chip with ease through the AMD Ryzen Master overclocking utility or motherboard BIOS.

The processor was tested against the Core i7-6900K and the Core i7-7700K processors. Testing platform included a ASUS ROG Crosshair VI Hero motherboard coupled with G.Skill's Trident Z RGB memory that was clocked at 2666 MHz. The GPU was a NVIDIA GeForce GTX 1080 (Founders Edition) card and latest motherboard drivers were used for fair testing comparison. Other performance tests of Ryzen CPUs are listed below:

In the graphics tests, the Core i7 6800K and Core i7 7700K lead all the tests while the Ryzen 7 1800X comes out last. The graphics card and memory configuration used on all three systems were same. 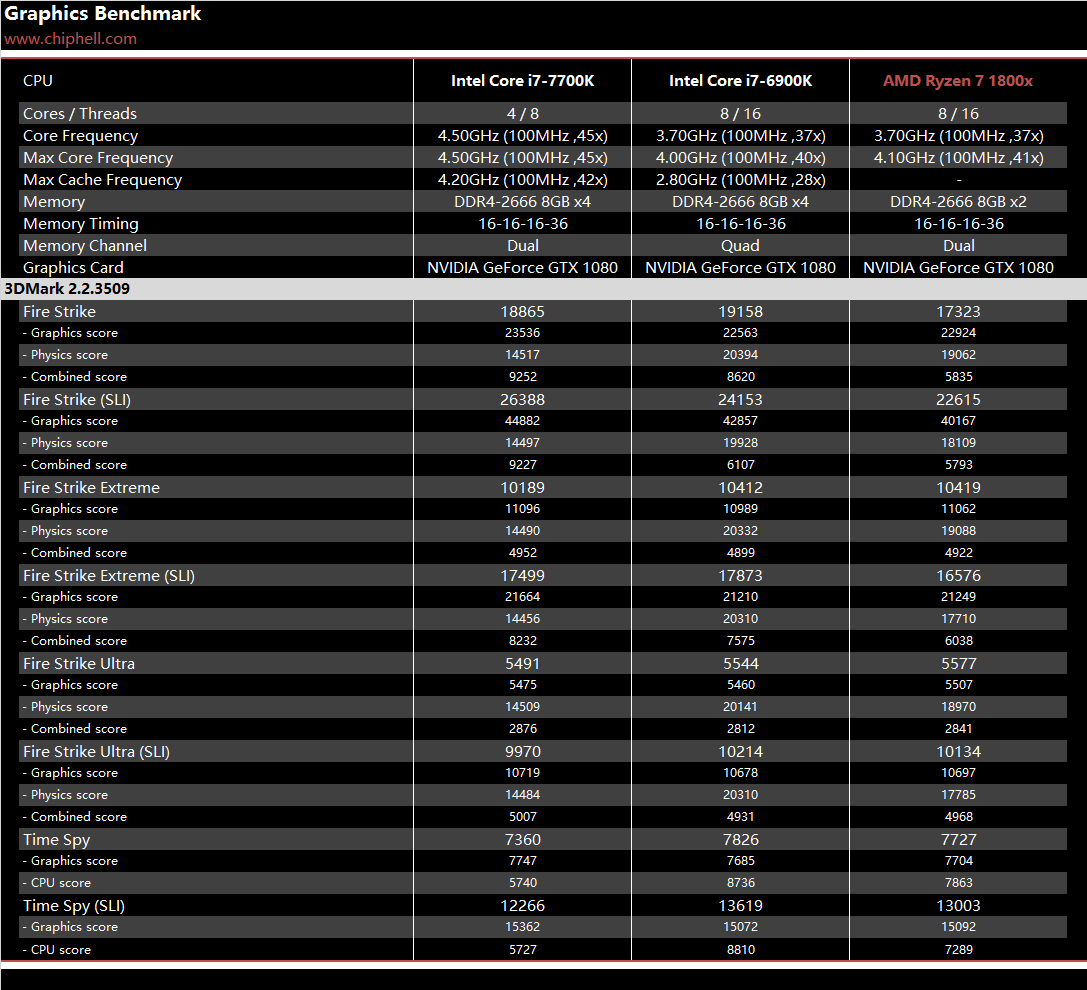 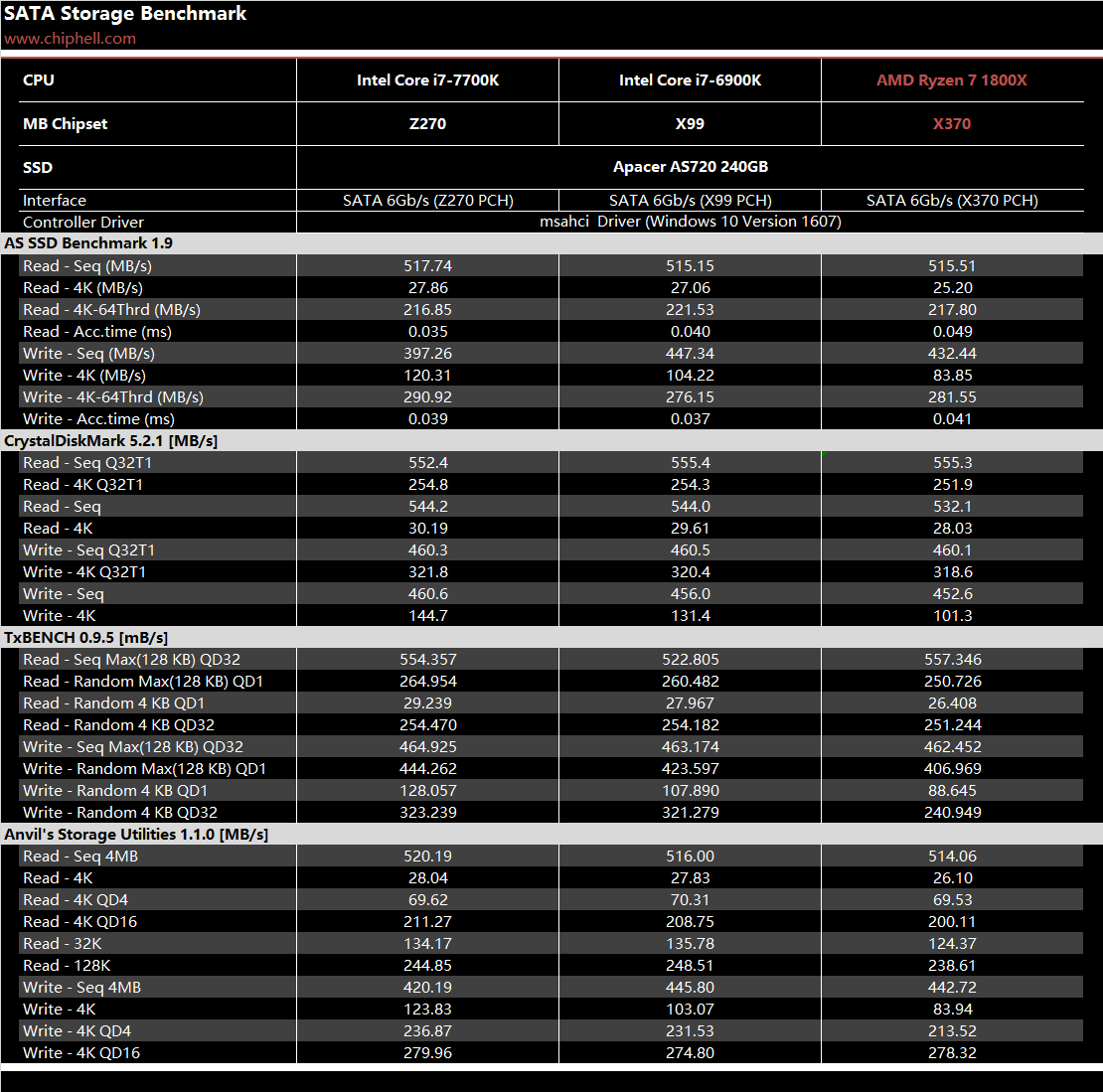 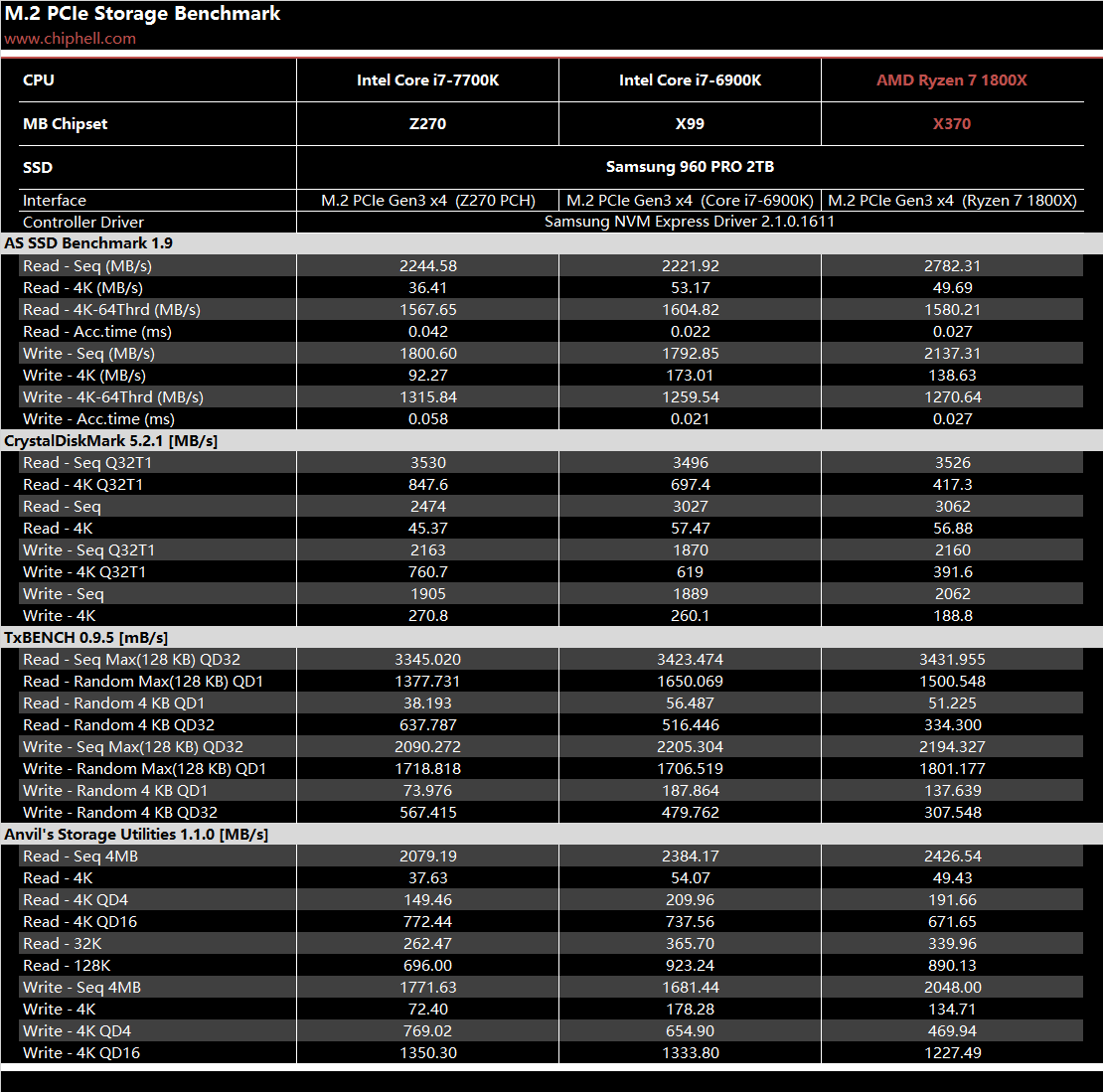 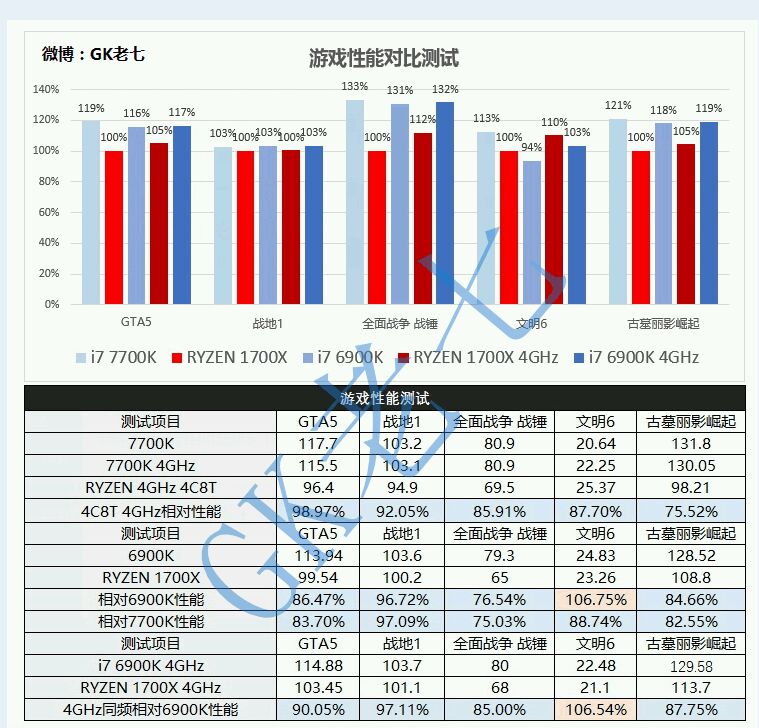 Even more benchmarks have been posted by another Chinese site which covers the performance tests of Ryzen 7 1800X processor. The most important thing you will find in these benchmarks is that they finally confirm that Ryzen works perfectly well with higher clock speed memory. They did tests with 2133, 2667 and 2933 MHz DIMMs and the results can be found below:

AMD’s Ryzen 7 processors will officially launch today in a few hours, followed by mainstream chips in Q2 2017 and budget-tier chips in 2H 2017. Retailers have already dropped prices on several Intel processors which hints at the start of a major price war which will be seen between the two CPU rivals after several silent decades. For the full AMD AM4 motherboard lineup, visit our detailed round-up on this page.