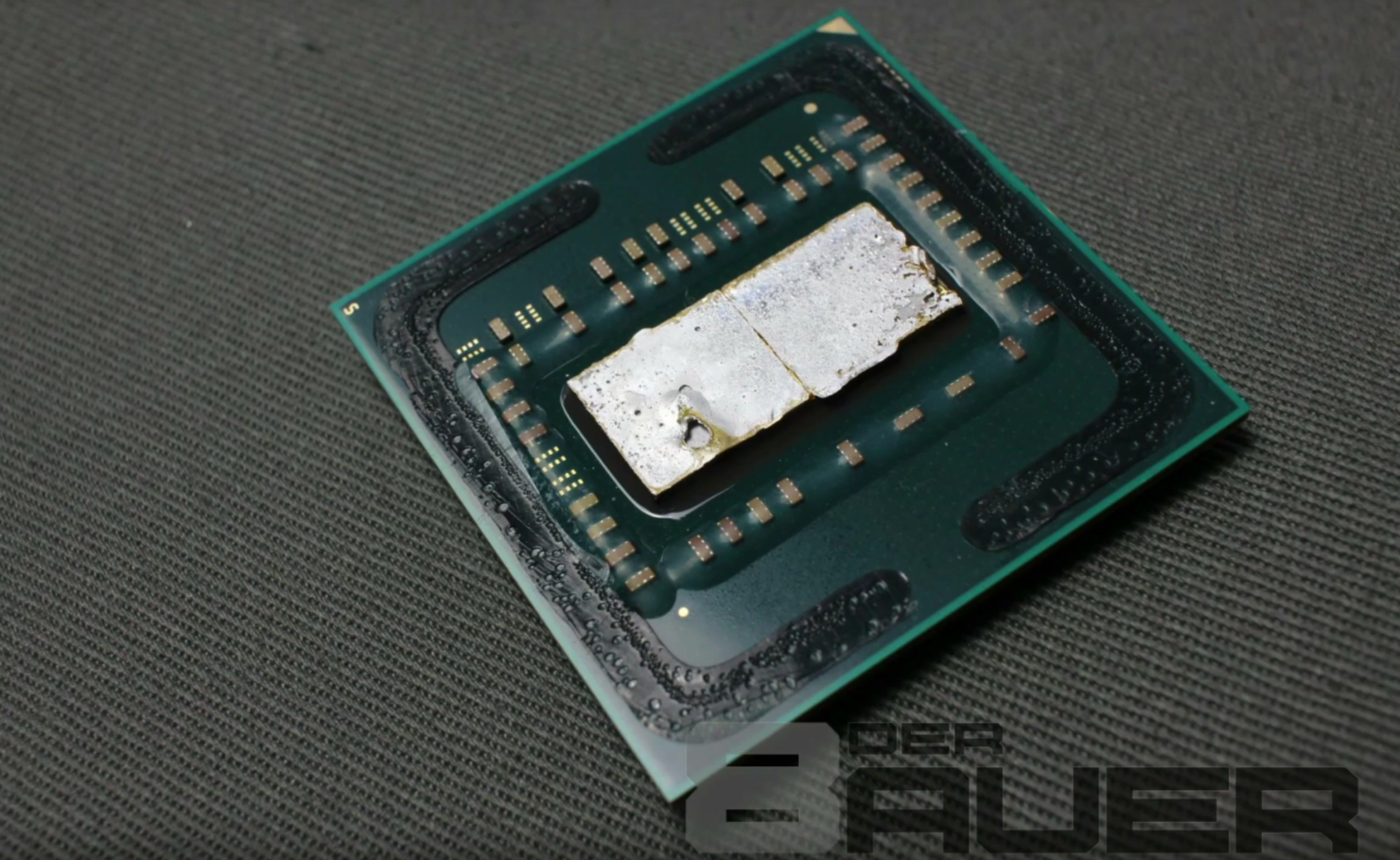 The first AMD Ryzen 7 1700X review has just been posted over at Videocardz, showcasing the overall performance of AMD's sweet-spot 8 core, 16 thread processor. The AMD Ryzen 7 1700X processor will be launching in a few hours along with the rest of the lineup but this review gives us an early glimpse of Ryzen performance.

UPDATE: The full AMD Ryzen launch day slide deck has leaked out. You can find slides from the entire presentation posted below:

The review covers the various performance and power aspects of AMD's Ryzen 7 1700X processor which is a high-end product aimed at the enthusiast market. The chip costs $399 US and the specifications are quite beefy.

For the price, we get an 8 core, 16 thread processor that is clocked at 3.4 GHz base and 3.8 GHz boost clocks. We additionally get an extra 100 MHz out of this chip with XFR (Extended Frequency Range) that allows the chip to boost beyond its rated precision boost clock speeds. The chip features 16 MB of L3 cache and 4 MB of L2 cache. The whole package comes in at 95W TDP and will come in Wraith cooler bundle promos too. All Ryzen chips come with 20 PCIe Gen 3.0 lanes.

Before we get into the details, we should point out that while this engineering sample is close to the final retail sample, the overall performance may not be indicative of the full fledged product we get to see on sale tomorrow. The testing configuration also reveals that the review was performed on an engineering sample of an AM4 motherboard which doesn't include support for XMP profiles. The configuration used is listed below: 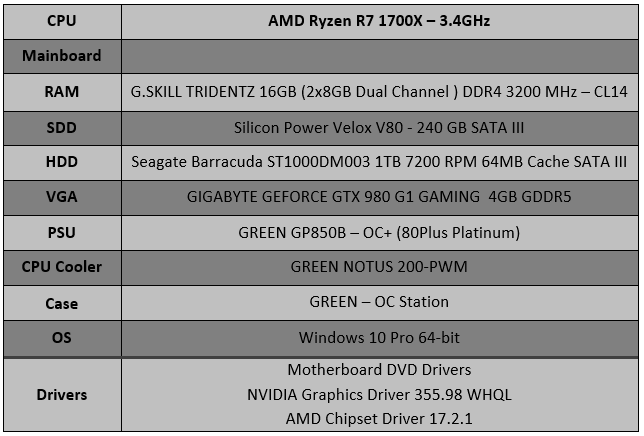 In synthetic benchmarks, we see that the Ryzen 7 1700X is on par with the Core i7 5960X in a few tests but loses to a Core i7 7700K in several other benchmarks that include 3DMark 11, PCMark 7, PCMark 8, WinRAR, Video Transcode (4K to FHD), SuperPI, Crystal Disk Mark, AIDA64 FPU Test and almost all of SISOFT Sandra tests. The results can be seen below: 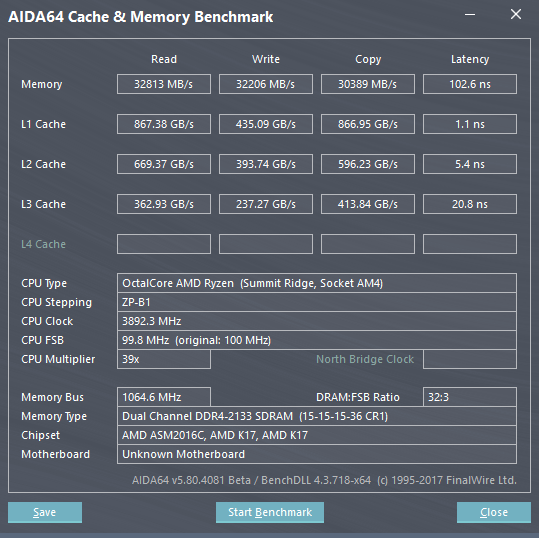 There are a limited amount of gaming benchmarks, but in all the titles tested, the AMD Ryzen 7 1700X looses to its Intel counterparts. The Core i7 6700K, Core i7 7700K, Core i7 6950X and even the Core i7 4770K are well above the AMD Ryzen chip in titles such as Sniper Elite III, Monster Hunter, Bioshock Infinite and Batman Arkham Origins. The only exception is GTA V where the chip manages to break past performance results of the 4770K and 6950X.

The reviewer managed to overclock the chip up to 4 GHz which isn't as impressive as we had first thought of how Ryzen overclocking would be. The chip was overclocked to 4 GHz across all 8 cores with a voltage supply of 1.448V. The chip was tested in stability benchmarks and had temperatures soaring around 78C at maximum loads. Following are the benchmark results obtained after overclocking the processor: 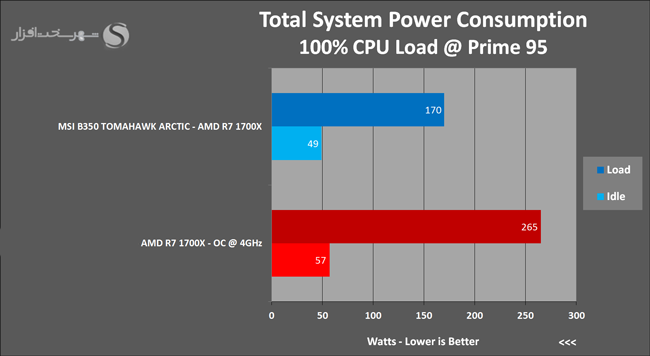 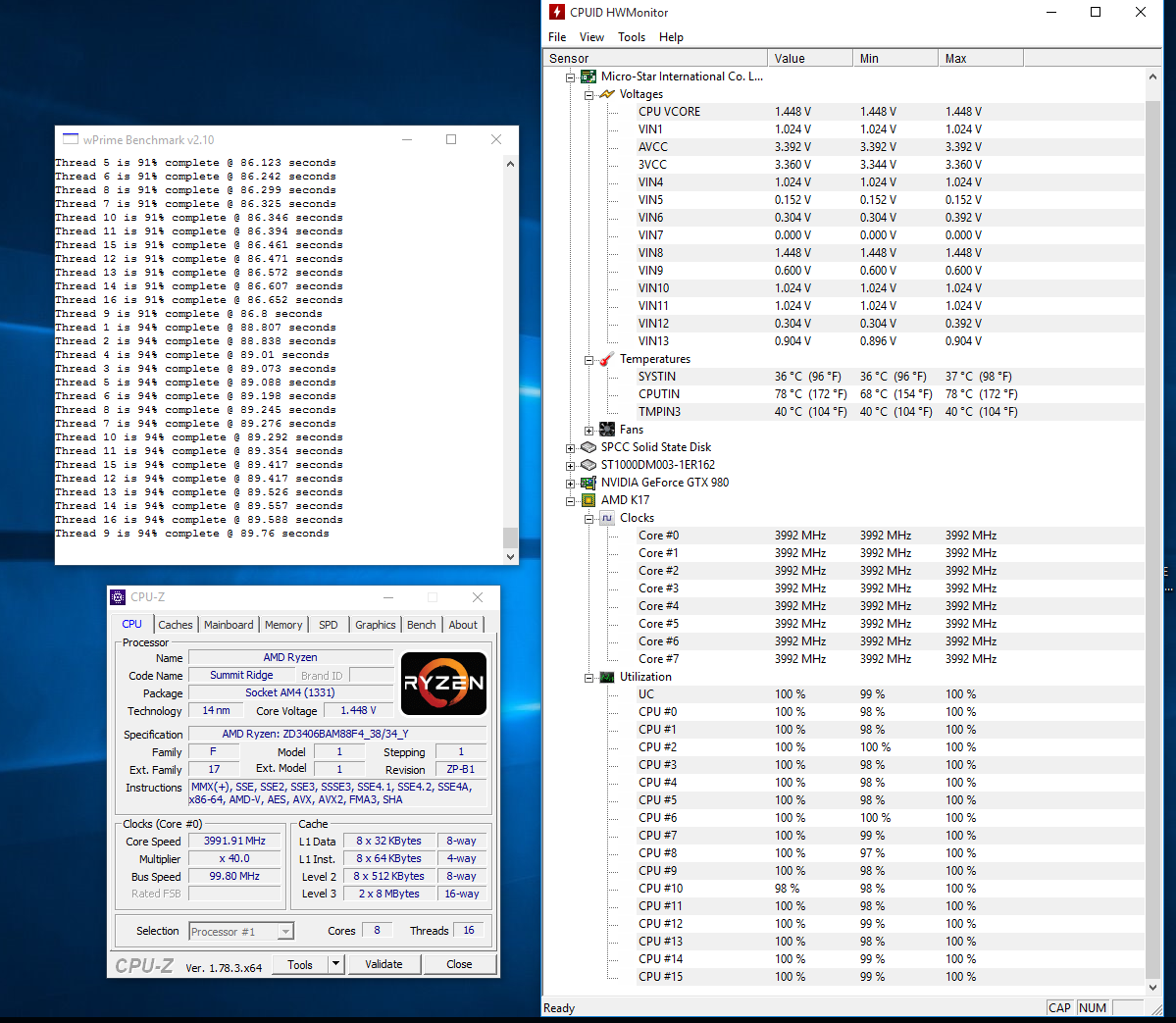 Following are the total system power consumption with a dedicated graphics card. The Ryzen 7 1700X manages to consumer lower wattage compared to other 14nm based Intel chips which is impressive. These are at stock clocks so overclocked numbers would be higher. 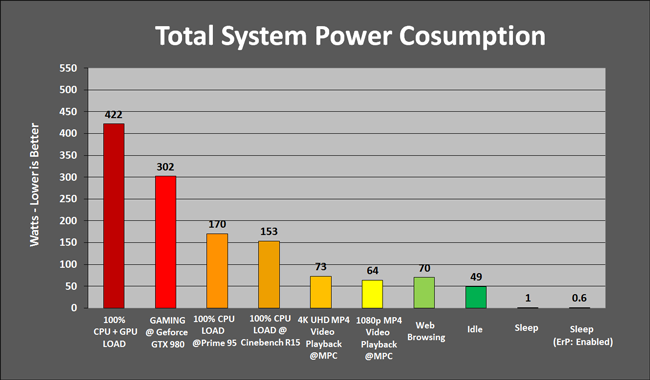 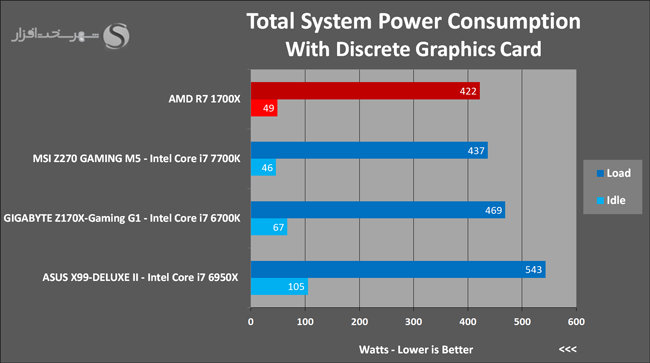 It seems like modern CPUs based on 14nm process generate more heat compared to their predecessors. Both Intel and AMD chips break past the 80C barrier on full load and remain around 30-40C at idle loads.

The official slide shows us the gaming performance of AMD's Ryzen 7 1700X ($399 US) processor against Intel's Core i7 6800K ($434 US) processor. We see that while the Intel chip generally leads in more game titles than the AMD counterpart, the difference is so small that the extra price of the Intel chip doesn't seem to be of great value. All games were tested at maximum settings at 1440p tests. We have made charts so that you can easily compare performance of the both chips as the image is a little blurred. The performance was evaluated with an NVIDIA GeForce GTX 1080 graphics card.

AMD’s Ryzen 7 processors will launch tomorrow followed by mainstream chips in Q2 2017 and budget-tier chips in 2H 2017. Retailers have already dropped prices on several Intel processors which hints at the start of a major price war which will be seen between the two CPU rivals after several silent decades. For the full AMD AM4 motherboard lineup, visit our detailed round-up on this page.