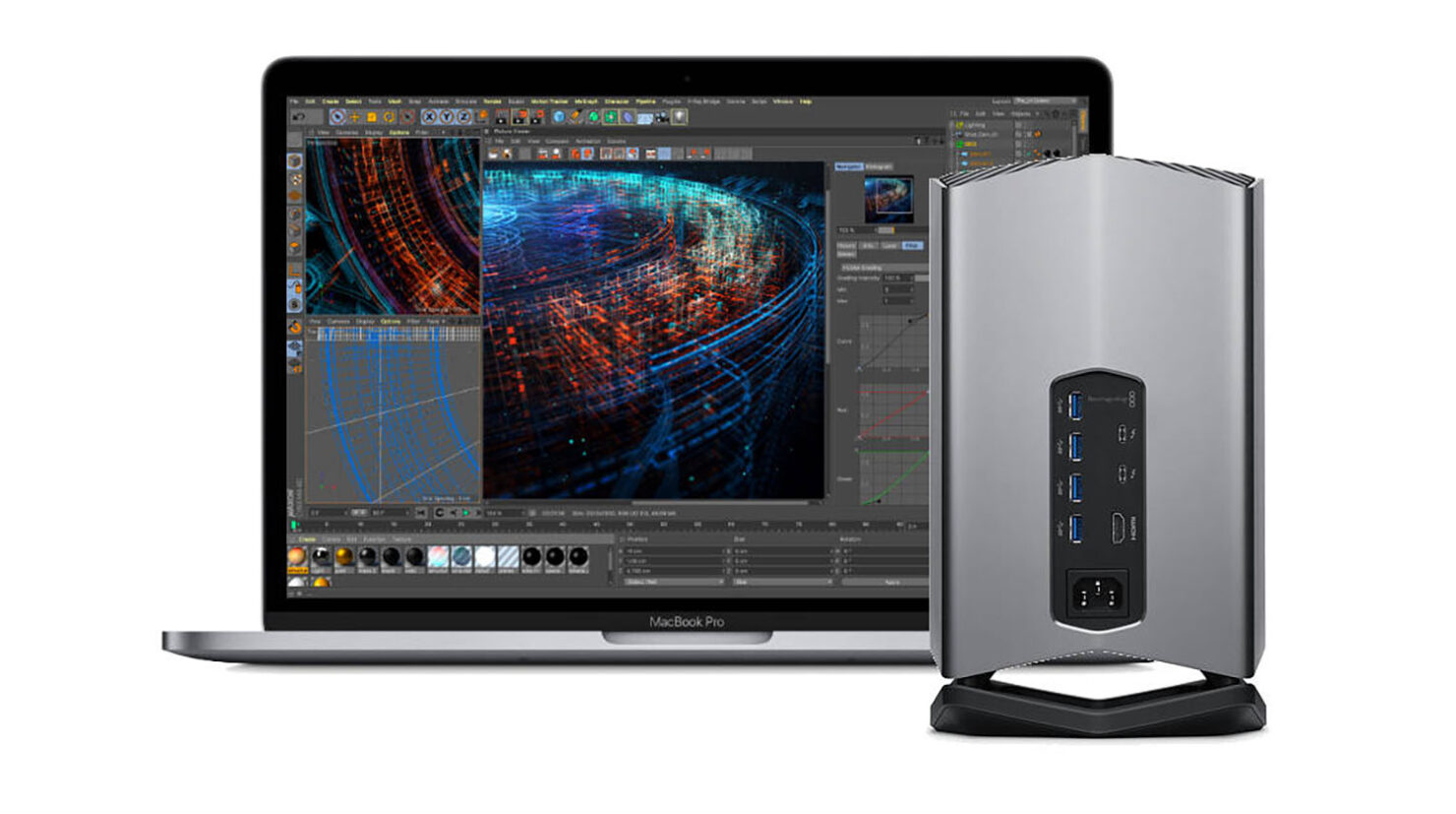 One of the biggest selling points of having even a single Thunderbolt 3 port on your notebook was the ability to support and connect eGPU solutions to get that extra graphics performance increase. Whether it’s playing games or doing some graphically intensive work, the eGPU always came in handy when connected via Thunderbolt. Unfortunately, no M1 Mac model that Apple announced today supports these solutions, despite having Thunderbolt ports.

Whether you order the M1 MacBook Air, the M1 MacBook Pro, or the M1 Mac mini, you’ll no longer see eGPU support with these models. We found this out by checking each product page’s specifications and noticed that there’s no mention of the Blackmagic eGPU, which is Apple’s preferred external GPU enclosure. With that out of the way, how do users intend on getting that increase bump in graphics performance?

Apple claimed during its presentation that its 5nm M1 chip boasts the world’s fastest integrated graphics solution. While that is exciting to hear, what power users will be more concerned about is seeing a dedicated GPU exist. From the looks of it, Apple doesn’t have one, but that doesn’t mean the company isn’t working on one. Unfortunately, one tipster believes that it might take years before a dedicated chip arrives for customers.

Then again, Apple is reportedly developing a desktop-class A14T chip for the upcoming iMac, and with it, the company is said to be making a dedicated GPU too, so let us keep our fingers crossed. Also, it’s not like Apple’s integrated graphics solutions are bad, because they aren’t. According to previously leaked OpenCL tests, the A12Z Bionic GPU beats both the Ryzen 5 4500U and Core i7-1065G7 iGPUs, so we should expect the M1 GPU to perform better.

If the A12Z Bionic can run Final Cut Pro and edit 3 streams of 4K Pro Res video on a 6K Pro Display XDR simultaneously, there’s no question that the M1’s 8-core GPU can’t do more. We’ll have to see what its limitations are, and like always, we’ll update you on that in the future.