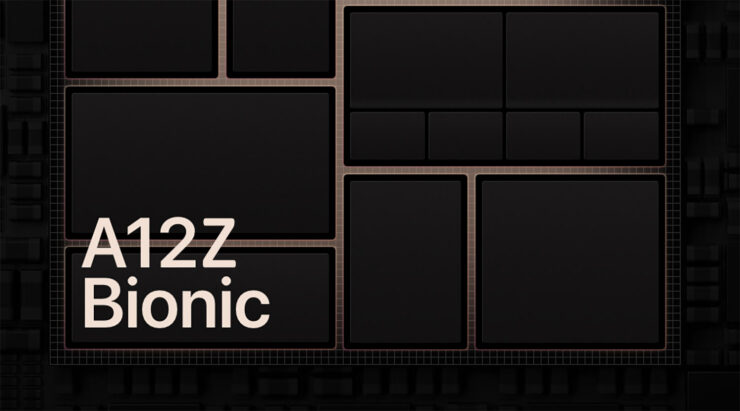 The A12Z Bionic isn’t that much different from the A12X Bionic other than the fact that it has one GPU core enabled, resulting in a total of eight cores. However, running through Apple’s translation layer Rosetta 2 means that there would be some performance loss experienced when running macOS 11, as seen in previously leaked benchmarking results. Fortunately, in an OpenCL test, the A12Z Bionic’s GPU is still powerful enough to best not one, but two processor’s integrated graphics solution, as you’ll soon find out.

There are two results shared by _rogame; one where the A12Z Bionic GPU takes on the Ryzen 5 4500U iGPU featuring a total of six cores running at 1500MHz. The CPU was running in the 15-inch HP Envy x360 Convertible and the results are very close to one another, though the A12Z Bionic’s GPU takes the lead against the Windows 10-powered machine. Running the same test on the Microsoft Surface Book 3 featuring an Intel Core i7-1065G7 saw the same results; the A12Z Bionic only marginally gaining a lead against the processor. 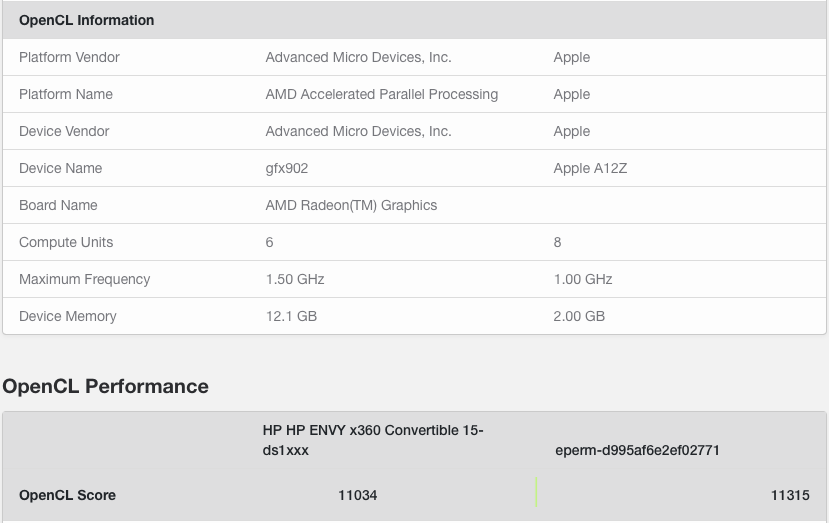 Keep in mind that this isn’t the native version of Geekbench 5’s OpenCL test, but using Rosetta 2 instead to emulate the x86 version of the benchmarking application. Previously, when the initial speed tests came out, the A12Z Bionic running in the Mac mini didn’t obtain the same results as the 2020 iPad Pro because the test was only utilizing the performance cores and those were also running at a slightly slower clock speed. 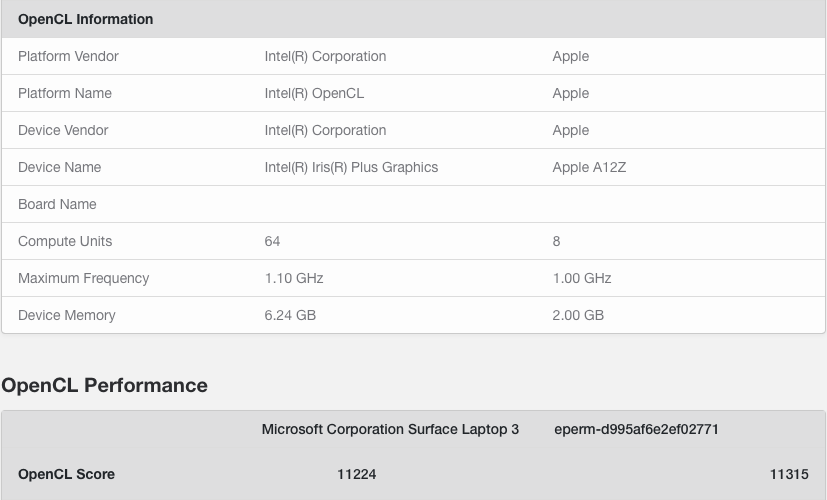 _rogame hasn’t confirmed if the same performance loss was seen here, but if it is, then that’s an impressive GPU the A12Z Bionic is running and what’s even more exciting is that the best is yet to come. If you remember, there was a previous report stating that the first ARM-based Mac will sport a 12-core 5nm silicon. With eight high-performance cores codenamed Firestorm, and four energy-efficient cores codenamed Icestorm, we should expect a massive increase in GPU and CPU-based tests when running them on an official ARM-based Mac for consumers.

Regardless, what do you think of these results? Is the A12Z Bionic GPU a force to be reckoned with? Tell us down in the comments.