Initially, thanks to the first A14 Bionic benchmark leak, it was believed that the new silicon wouldn’t deliver a significant performance boost compared to the A13 Bionic. That perception changed in a snap when fresh compute performance results were spotted, putting the A14 Bionic in a solid and comfortable lead when compared against the competition like the Snapdragon 865, Snapdragon 865 Plus, and Exynos 990. The scores on the GPU are even more impressive, as the numbers show that Apple’s latest 5nm SoC GPU makes short work of its predecessor. Here’s a closer look at the details.

A14 Bionic GPU Is 8 Percent Faster Than A12Z Bionic, but the Biggest Difference Shows up Against the A13 Bionic

Shortly after the Geekbench’s compute results, the Metal scores of the A14 Bionic popped up. For those that don’t know, the Metal test stresses the chipset’s GPU, and on this occasion, Apple’s newest SoC maintains a lead against all the custom silicon the technology giant has released so far, including the ones tailor-made for the 2018 and 2020 iPad Pro lineup. 9to5Mac has provided comparisons of these scores, with the additional details provided below. 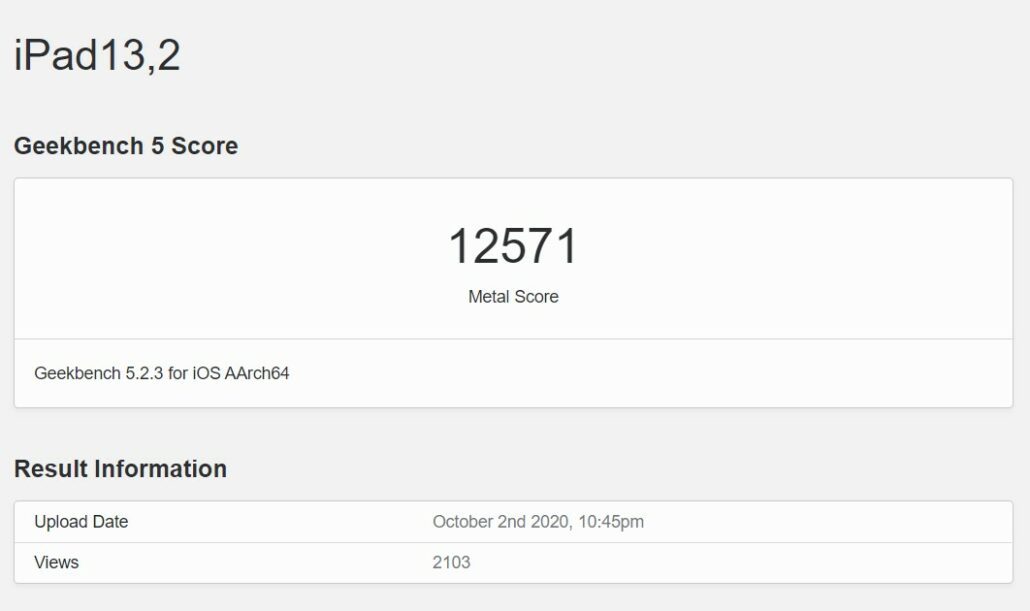 As you can see, there’s a mammoth difference in the scores obtained by the A14 Bionic and A13 Bionic, which is strange because, during Apple’s presentation of the iPad Air 4, the company only provided comparisons against the A12 Bionic, not the A13 Bionic. Also, if you noticed that the A12Z Bionic and A12X Bionic scores are nearly identical, that’s because both chipsets are essentially the same, with the exception that the A12Z Bionic features one enabled GPU core and the A12X Bionic doesn’t.

To remind you, the A12Z Bionic is also running in the Mac mini meant for developers, and if its GPU was able to get past Ryzen 5 4500U and Core i7-1065G7 iGPUs in OpenCL tests, imagine what this means for the Apple Silicon running in future Macs? In short, these A14 Bionic results look thoroughly promising and we can’t wait to see how the new chip performs when running in the forthcoming iPhone 12 lineup.

Looks like we’ll find out very soon and fill you in on all the details.