2020 iPad Pro Bend Test Shows Apple’s New Tablet Is Just as Fragile as Its Predecessor, So Be Careful 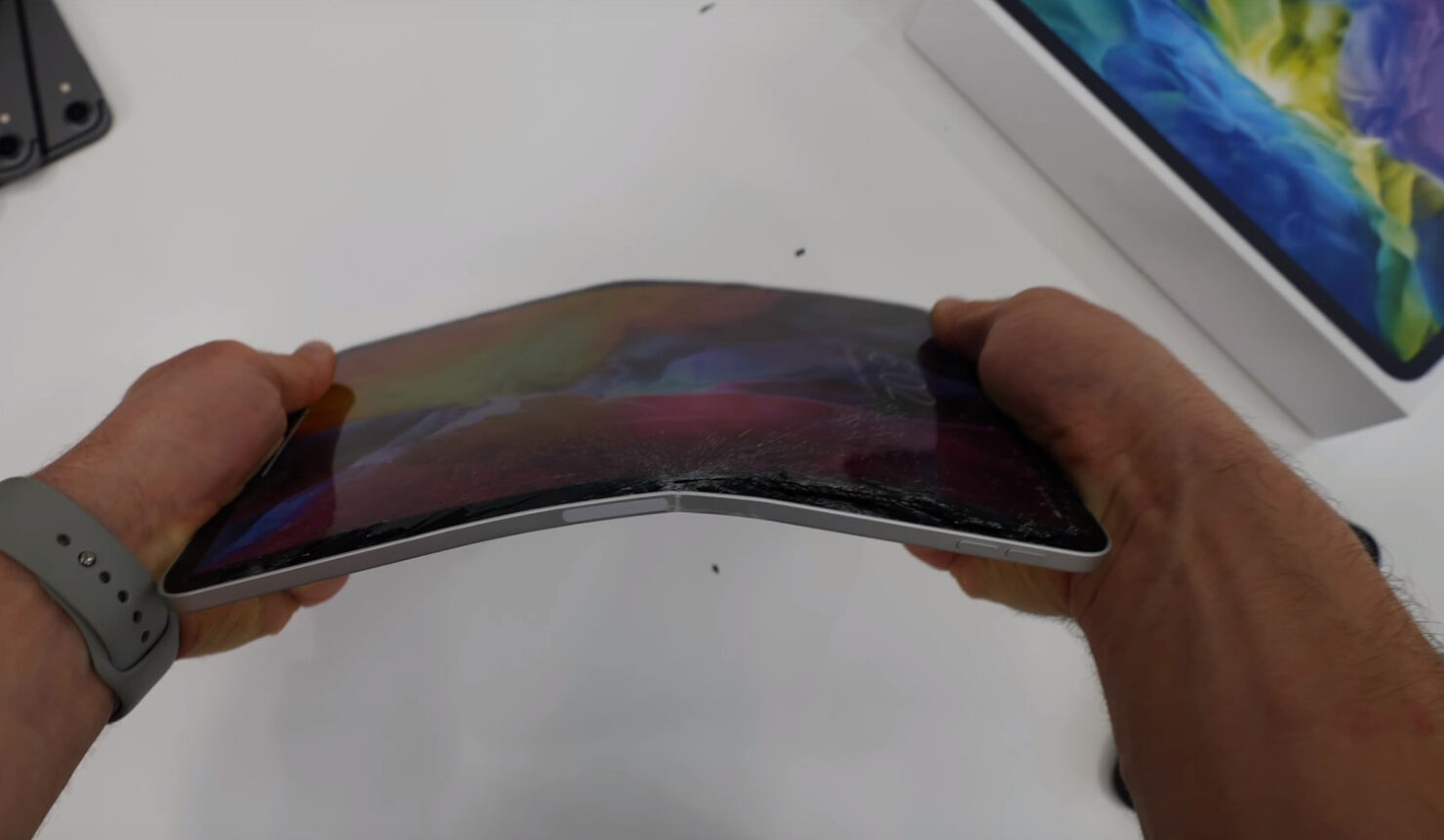 Just like what happened with the 2018 model, a 2020 iPad Pro bend test reveals that if you weren’t planning on being just a little careful with Apple’s newest tablet, you should seriously start considering it.

The YouTube channel EverythingApplePro performs a stress test this time around, not JerryRigEverything. However, the results are the same as the 2018 iPad Pro bend test. All it takes is a little strength and in no time, the 2020 iPad Pro snaps almost like a twig, particularly around the microphone area, which is placed in the center. Customers who will receive their tablet orders in the future will probably become a little careful after the new product reaches their doorstep.

There was also a bend-gate-like controversy surrounding the 2018 iPad Pro models, so let us see if the same thing happens with the newest editions. Shortly after the 2020 iPad Pro bend test, a teardown was performed by the YouTuber, showing that there were hardly any differences surrounding the two generations of tablets. Think of it as a minor refresh, but at least you’re getting more cameras, and all storage versions now sport 6GB of RAM. The lack of hefty changes could also be one reason why Apple chose to name its chipset A12Z Bionic instead of calling it anything different. 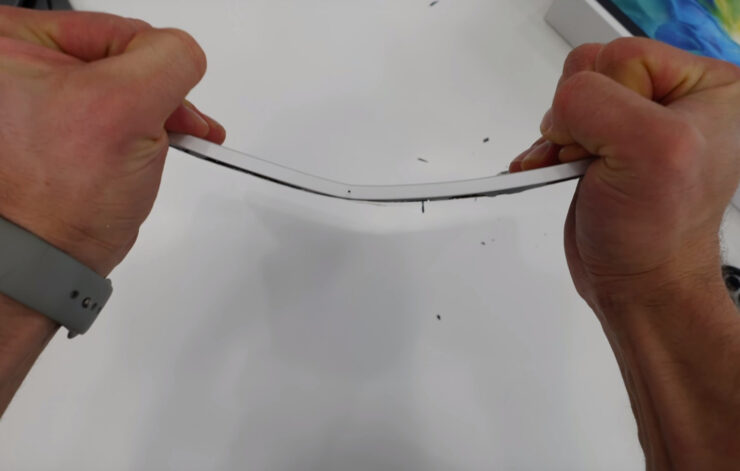 If you’re disappointed that there are hardly enough differences to justify a purchase, then you should consider waiting. That’s because Apple will reportedly be coming out with a new tablet lineup later in the year, and it should be powered by a 5nm A14X Bionic. Hopefully, we’ll get a design change too, and after looking at this 2020 iPad Pro bend test, we feel that perhaps Apple should focus a little more on the structural rigidity of its product range. After all, it increased the thickness with its 2019 iPhone 11 series, and the 16-inch MacBook Pro, so why not add a little bit of focus on the tablets?

Does watching this 2020 iPad Pro bend test make you regret your purchase? If you’re careful enough, nothing will happen to it, so don’t worry. If you want to check out the entire video, it’s given below.