A French website has claimed that Apple will launched updated new iMac models with faster processors next week. This comes against the earlier speculation of Apple introducing low-priced iMacs at WWDC keynote, which of course didn't bring them. Seems like the French website is accurate at its claims of Apple going with a smaller and quieter refresh event. 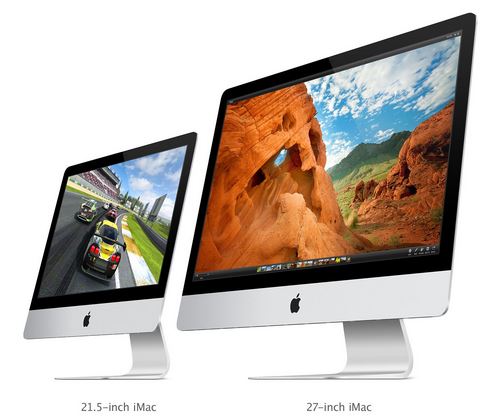 - Read: Download OS X Yosemite and iOS 8 Wallpapers – How to

It was earlier rumored that Apple might launch low-priced iMac models at WWDC which happened last week. Today a French website MacGeneration has suggested that Apple had planned for a dedicated, smaller event to launch updated new iMac models with faster processors and it is expected to be happening next week.

There are no details in public space known about these updated all-in-one-desktop computers, however, the French website does claim that the updated models will have faster chips. The updated new iMac models might get a standard 100 MHz increase in processor speed.

Earlier, Ming-Chi Kuo, who is famous KGI Securities Analyst with a strong and accurate history of sharing details, had predicted that Apple will be launching low-price iMacs targeted at international markets. The Apple iMac lineup was refreshed in September with Intel Haswell processors and faster PCI Express-based flash storage options. Keeping up with the average 10 months of refresh cycle, next week could be well suited for the refresh iMac launch event.